Phra Phrom Dilok, then the abbot of Wat Sam Phraya, is arrested at his temple in Phra Nakhon district on May 24, 2018. (Photo by Wassayos Ngamkham)

The Criminal Court for Corruption and Misconduct Cases has sentenced a former abbot of Wat Sam Phraya and his secretary to six years and three years in jail, respectively, for laundering money budgeted to promote Buddhism into their own pockets.

The court ruled on Thursday former Phra Promdilok and former Phra Attakit Sophon had siphoned some 4 million baht of the 5-million-baht budget from the National Office of Buddhism (NOB) to the accounts of Wipaporn Udomchokpiti.

The NOB earmarked 5 million baht between 2013 and 2014 to Wat Sam Phraya, part of the 72-million-baht budget for all temples nationwide to support projects promoting Buddhism.

The money was transferred to the woman in three separate transactions between December 2013 and January 2014, according to the prosecution's documents.

The judges dismissed claims by the two former senior monks they thought the money was allocated to the temple for the construction of two buildings.

The court sentenced the former monks to six years and his close aide three years with no suspended terms. 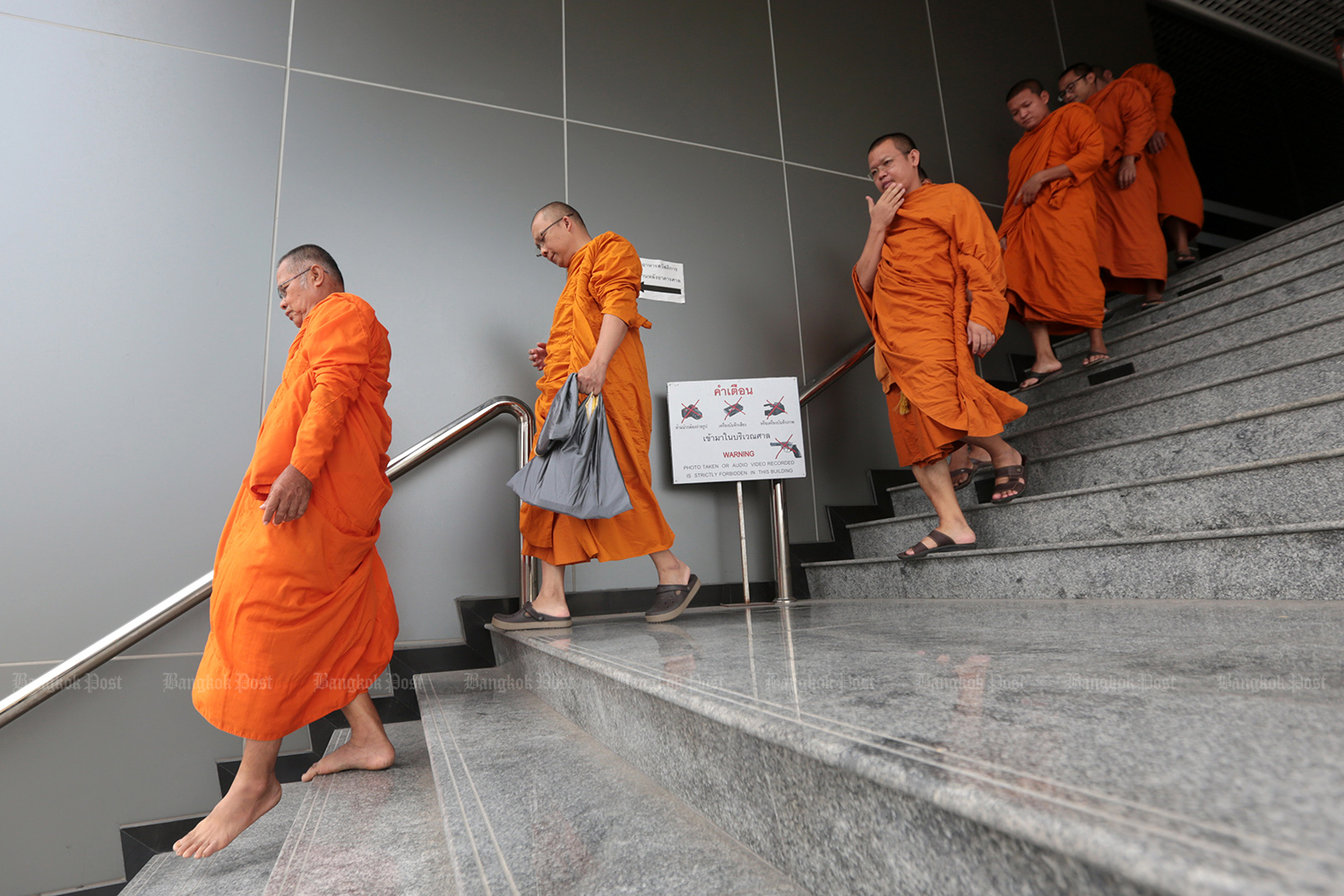 Monks from Wat Sam Phraya walk out of the Criminal Court building after attending the court ruling against their two former senior monks on Thursday. (Photo by Chanat Katanyu)

Former Phra Prom Dilok and former Phra Attakit Sophon were arrested by the Crime Suppression Division in May last year during the nationwide campaign to crack down on monks allegedly embezzling money to support religious activities at their temples.

Former Phra Prom Dilok's layman name is Auen Klinsalee and his secretary's name is Somsong Attakit. The two were disrobed and detained at the Bangkok Remand Prison after the arrest.

Their lawyer Kosol Saisuwan said after the ruling that his clients would appeal to a higher court.

The ruling was the second in a string or court cases against alleged corrupt monks. In April, Phra Khru Kitti Phatcharakhun, the abbot of Wat Lat Khae in Chon Daen district of Loei, was sentenced to 26 years in prison on the same charges. He was later defrocked and jailed.