A policeman brings Meriem Laurent, 40, to the Pattaya police station after he tried to steal a Huawei smartphone at a shopping centre on Wednesday night. (Photo by Chaiyot Pupattanapong)

PATTAYA: A Frenchman has been arrested at Tukcom Pattaya centre on Wednesday night for stealing a Huawei P30 Pro smartphone.

The incident happened at about 9.30pm. The suspect, identified as Meriem Laurent, 40, was allegedly pretending to check out various models of mobile phones on display when the theft occurred. He allegedly snatched the 31,900-baht Huawei phone from a booth while its vendor was distracted at the IT shopping centre.

As an alarm was attached to the phone, it rang and the vendor ran after him. Later, other people in the mall helped stop the Frenchman. The theft was also caught by security cameras. 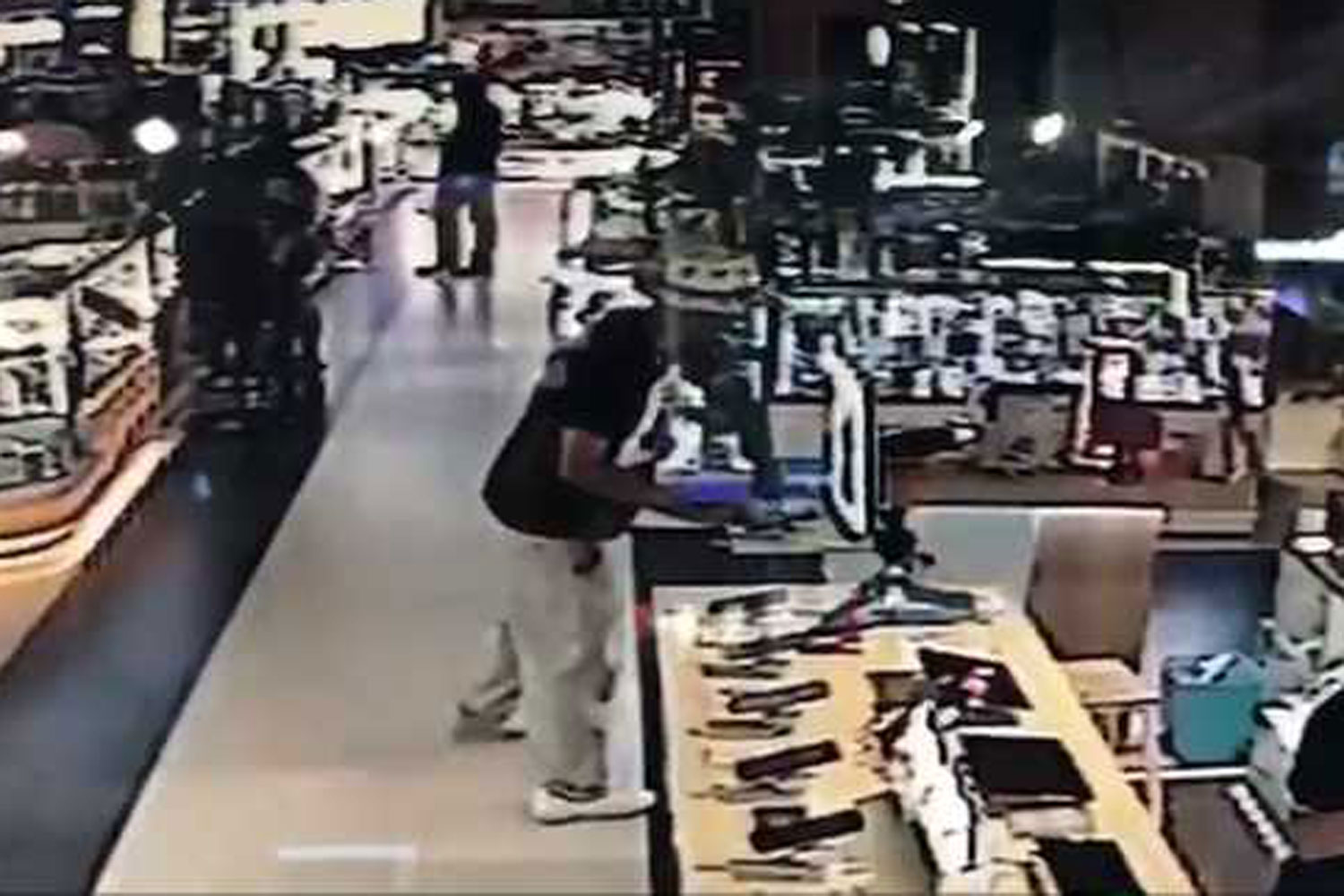