A 40-year-old man carrying a fake Malaysian passport is arrested at Suvarnabhumi airport on Friday morning after a biometric facial recognition detects his passport fraud. (Supplied photo via Wassayos Ngamkham)

A foreigner carrying a fake Malaysian passport was arrested with $500,000 at Suvarnabhumi airport on Friday morning in the first passport-fraud arrest based on biometric facial recognition.

The Asian man carrying a Malaysian passport under the name of Oh chee boon went to the airport immigration checkpoint to have his face scanned by the biometric facial recognition system at around 10.30am.

The device found his face did not match what was in the passport chip, said Pol Col Roengron Rimphadee, deputy commander of the Immigration Bureau’s division 2.

The man, 40, was about to board Philippine Airlines' flight PR731 to the Philippines. He was taken for questioning.

Pol Col Roengron said the man insisted he was the same person shown in the passport but his passport was found to be fake. Immigration officers also found $500,000 in his possession.

Records showed the man had entered the country via Thai-Malaysian checkpoints on several occasions using this passport.

Authorities initially charged him with holding a counterfeit passport with fake visa stamps. The investigation would be extended to find other people involved in the passport fraud.

The man was held in immigration police custody for legal action. 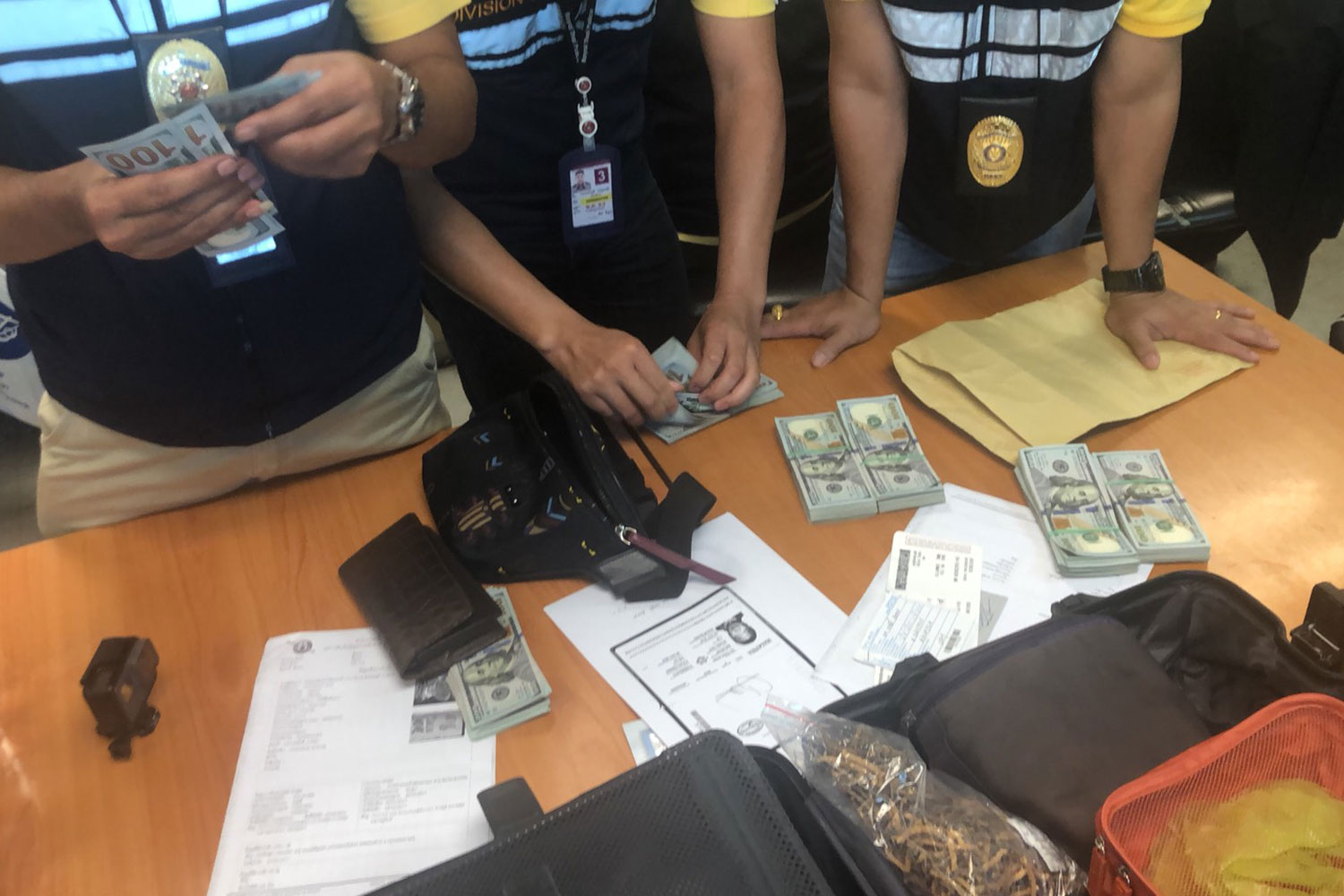 Immigration officers find $500,000 in the possession of the suspect using a fake Malaysian passport. (Supplied photo via Wassayos Ngamkham) 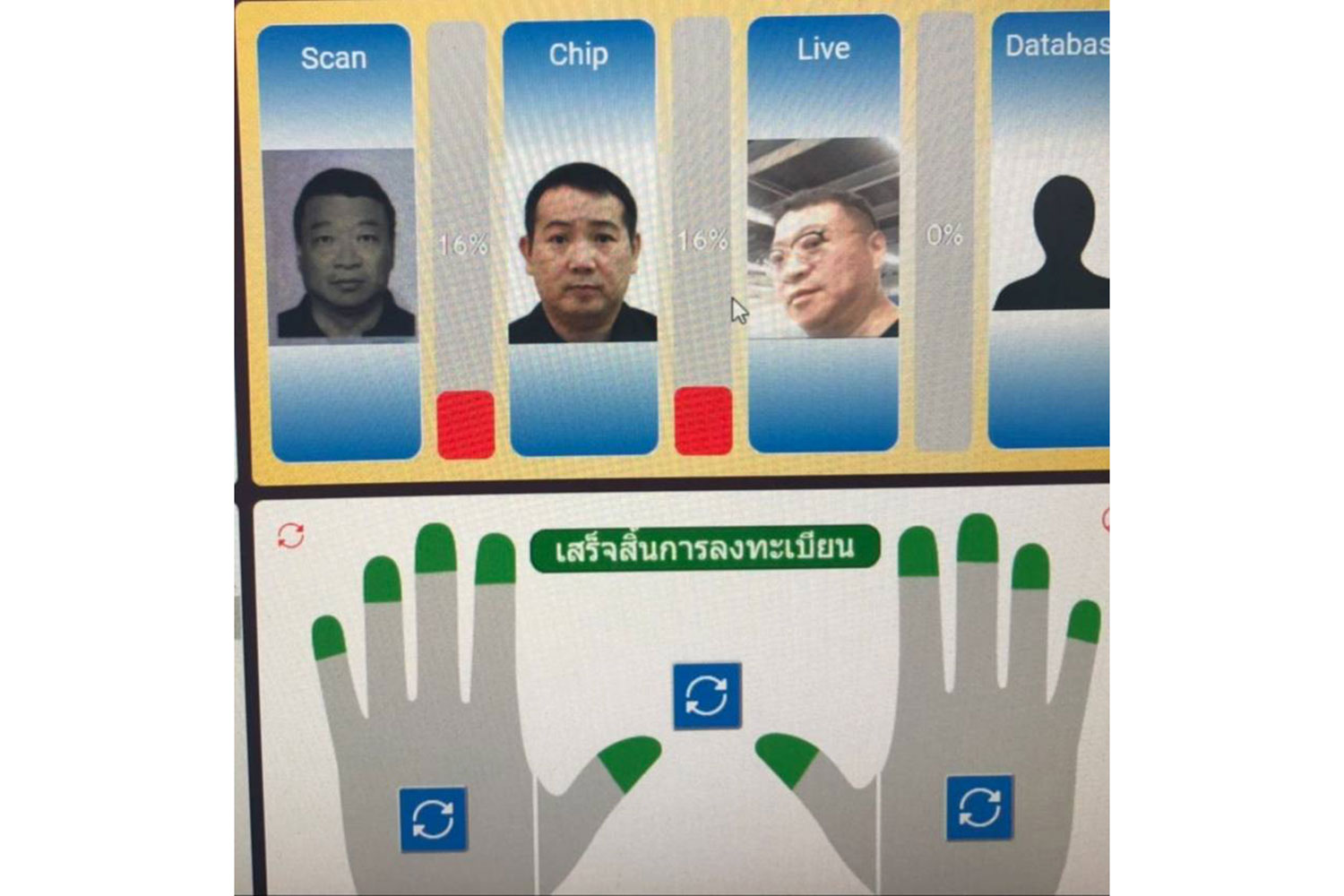