Gen Prem Tinsulanonda, the Privy Council president and statesman, died of heart failure at Phramongkutklao Hospital on Sunday morning at the age of 98, according to media reports.

He was rushed to the hospital by military officers from the Sisao Thewes residence at 5am for emergency treatment. He was pronounced dead at 9.09am, reports said.

Gen Prem was a kind of father figure, closely linked to the military and monarchy, a trusted advisor to the late King Bhumipol and a symbol of Thailand's hybrid system of "guided democracy".

He was given the name "Prem" by revered monk Phra Rattanathatmuni (Baen Khanathaporano). The surname "Tinsulanonda" was bestowed on the family by King Rama VI on June 14, 1919.

In his childhood, Gen Prem attended Maha Vajiravudh Secondary School in Songkha, followed by Suan Kularb Wittaya School in Bangkok, where he graduated in 1937.

He continued his education at an army technical school in the cavalry division before joining the army, and went on to take part in the Indochina War and Second World War. 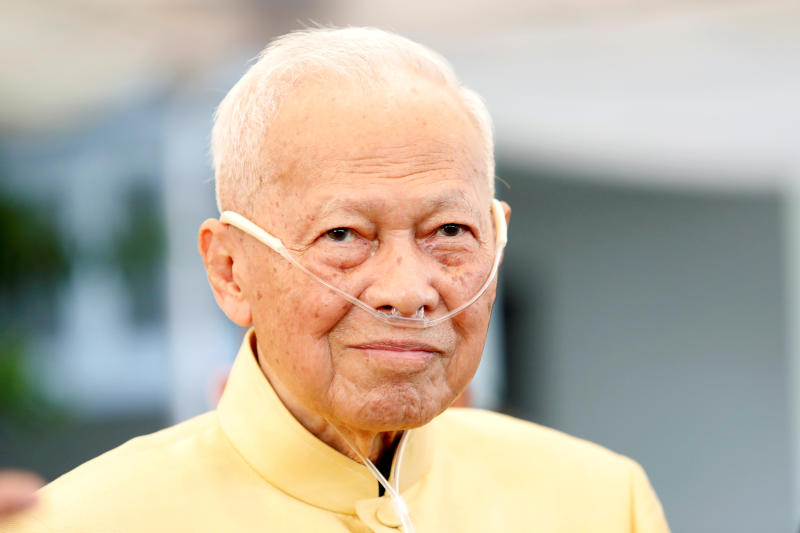 After World War II, Gen Prem was an army officer in Uttaradit province. In 1952, he was awarded a scholarship to study in the United States at a cavalry school in Fort Knox, Kentucky, along with Gen Pichit Kullavanijaya and Gen Wichit Sukmark. On his return, he became deputy commander of a cavalry school in Saraburi province, which later became the Cavalry Centre.

He became an assistant army commmander in 1977, holding the rank of general, and was appointed commander-in-chief of the army in 1978.

Gen Prem was one of the architects of Thailand's modern history, famously offering amnesty to members of the Communist Party and ending a two-decade armed struggle. Fugitive former prime minister Thaksin Shinawatra accused him of involvement in the 2006 coup.

He first entered politics in 1959 and served as a Senator from 1968 to 1971 and an MP from 1972 to 1973. In 1976, he was appointed to the Advisory Council of Prime Minister Thanin Kraivichien, and assumed the roles of deputy interior minister and defence minister before becoming the Thailand's 16th prime minister, the position he held from 1980 to 1988.

Gen Prem remained a bachelor, and once declared he was "married" to the army.