Privy Council president Prem Tinsulanonda played piano and sang during the My Season Change event, held at Thailand Cultural Centre in Bangkok in 2013 to raise funds for the Prem Tinsulanonda Foundation. (Photo by Pattanapong Hirunard)

Gen Prem Tinsulanonda, the Privy Council president and statesman, was a kind of father figure ("Pa Prem"), closely linked to the military and monarchy, a trusted adviser to His Majesty King Bhumibol Adulyadej The Great, and a symbol of Thailand's hybrid system of "guided democracy".

He was given the name "Prem" by revered monk Phra Rattanathatmuni (Baen Khanathaporano). The surname "Tinsulanonda" was bestowed on the family by King Rama VI on June 14, 1919. In his childhood, Gen Prem attended Maha Vajiravudh Secondary School in Songkhla, followed by Suan Kularb Wittaya School in Bangkok, where he graduated in 1937.

He continued his education at an army technical school in the cavalry division before joining the army, and took part in the Indochina War and Second World War. He rose to commander of the 2nd Army in 1974 and was appointed commander-in-chief of the army in 1978. 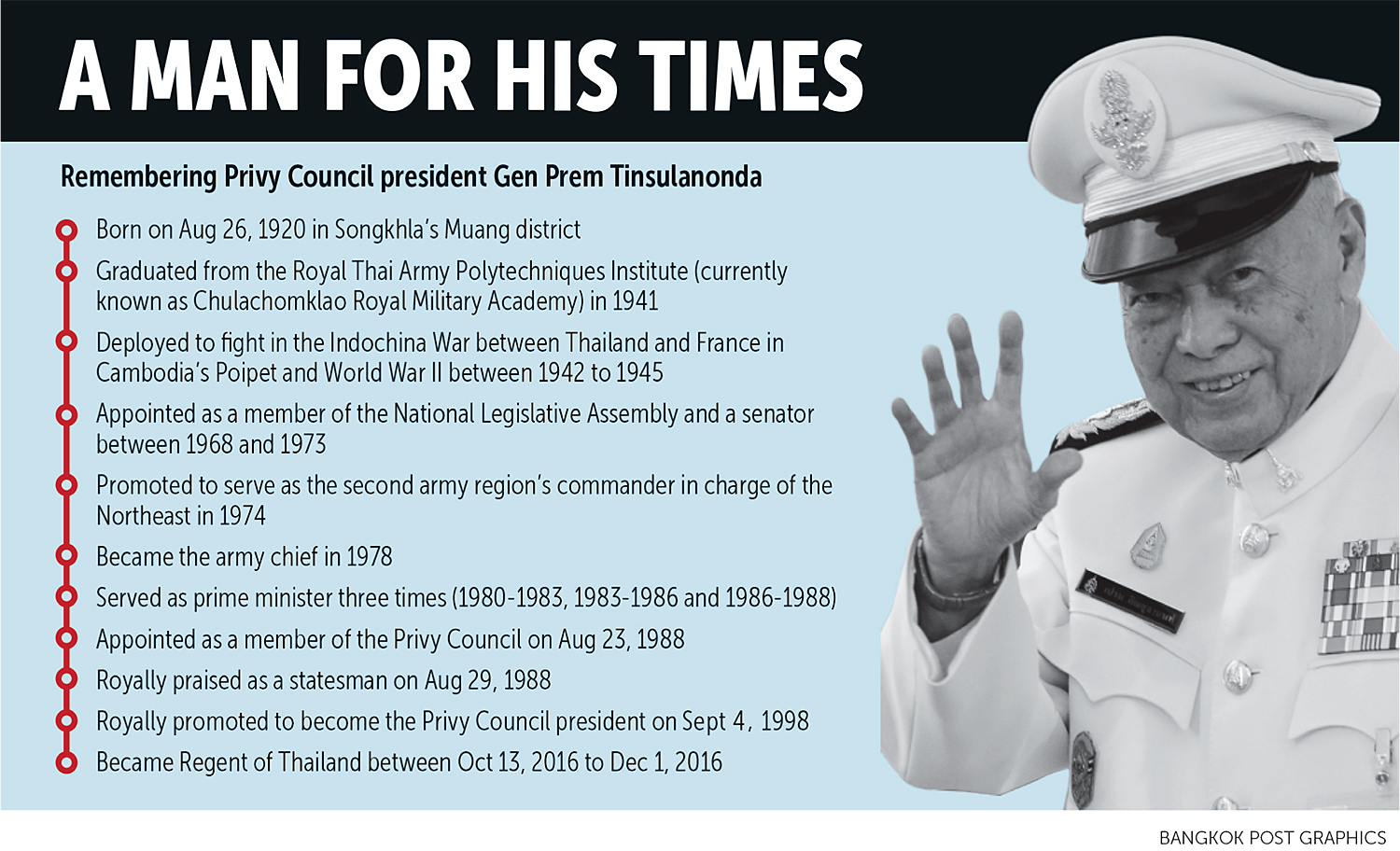 Gen Prem was one of the architects of modern Thai history, offering amnesty to members of the Communist Party and ending a two-decade armed struggle. Fugitive former premier Thaksin Shinawatra accused him of involvement in the 2006 coup.

He first entered politics in 1959 and served as a senator from 1968 to 1971 and an MP from 1972 to 1973. He worked under Prime Minister Thanin Kraivichien, and assumed the roles of deputy interior minister and defence minister before becoming the Thailand's 16th prime minister, the position he held from 1980 to 1988. He was appointed a member of the Privy Council, advising the King, on Aug 23, 1988 and became Privy Council president on Sept 4, 1998. Gen Prem remained a bachelor, and once declared he was "married" to the army.