A policeman was killed and four others were injured when a bomb placed in a bunker sandbag at the security booth was detonated in Chana district of Songkhla province on Sunday evening. (Photo by Assawin Pakkawan)

In Songkhla, a bomb hidden in a bunker sandbag at a new security booth behind the Chana train station in tambon Ban Na was detonated at about 6pm.

Police said the bomb weighed about 15 kilogrammes and was fortified with chopped steel rods before being placed in the sandbag.

At 9pm, bomb experts combed the scene and the body of Pol Sen Sgt Maj Kosol was retrieved.

The two paramilitary rangers were returning from a flea market where they bought food, and the attackers followed them.

National police chief Pol Gen Chakthip Chaijinda said on Monday that insurgents were escalating attacks at the end of the Muslim fasting month. He ordered police to intensify their security measures. 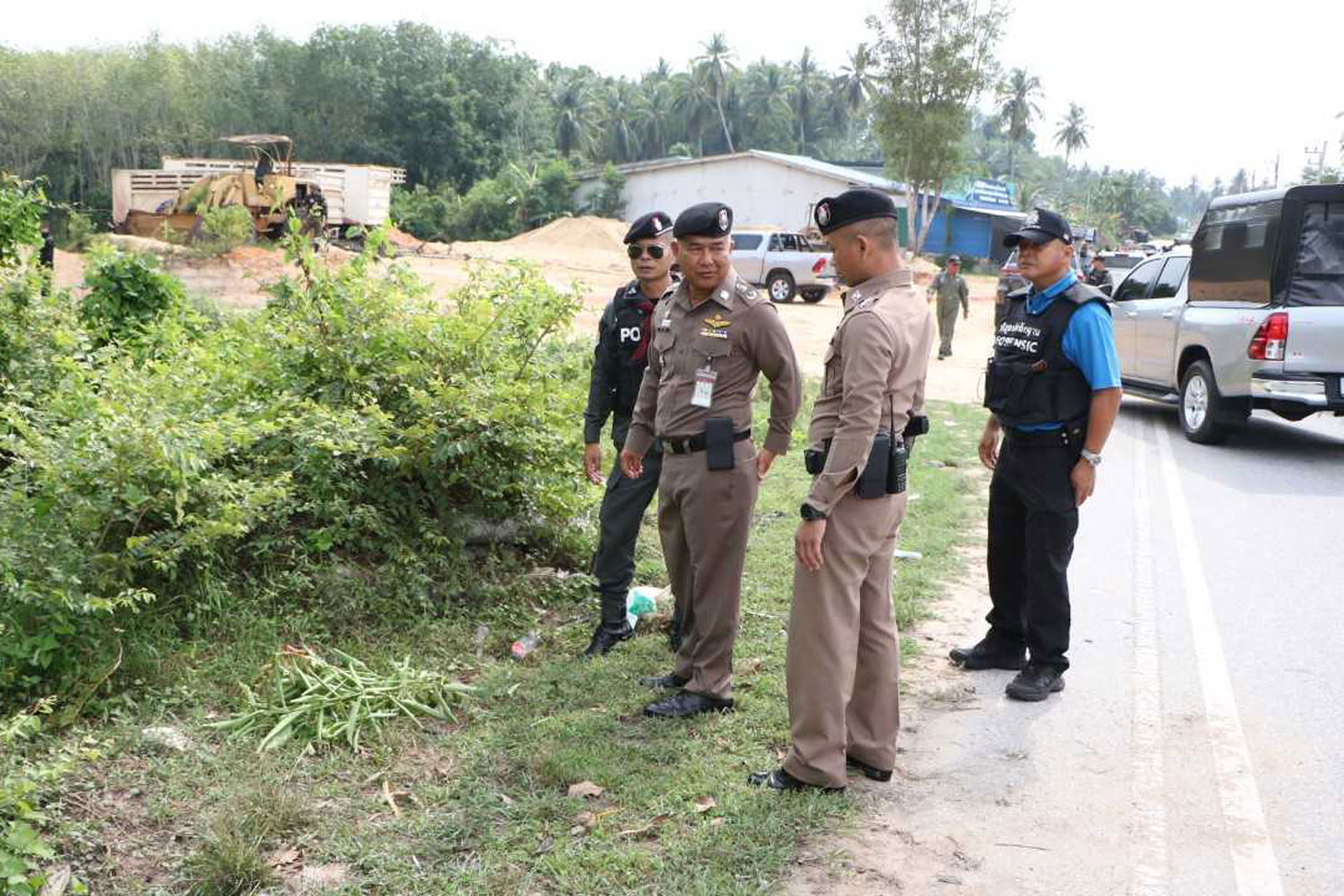 Police inspect the scene of a shooting where two paramilitary rangers were killed in Bacho district of Narathiwat on Sunday evening. (Photo by Waedao Harai)