Wissanu Boonkhong, 25, is taken to a grove in Muang district of Trang for a crime re-enactment on Thursday. He is accused of murdering his 14-year-old girlfriend and setting fire to her body. (Photo by Methee Muangkaew)

TRANG: A man accused of strangling his 14-year-old girlfriend to death and burning her body two months ago has confessed to committing the crime in a fit of jealousy over her romance with another man, police say.

Police on Friday took Wissanu Boonkhong to the Trang provincial court to seek his detention, initially on a charge of depriving a girl of parental care. A suspect can be held for up to seven 12-day periods, or 84 days, before an indictment must be made.

Authorities are awaiting DNA test results on burned human bones before pressing additional charges after he confessed to the killing, said police.

A local resident found pieces of a charred human skull believed to belong to the girl in a grove in Muang district of this southern province on May 26. Police began the investigation that led to the arrest of Mr Wissanu in Surat Thani on Thursday.

Somjit Srikaew, 65, the girl’s grandmother, had filed a missing person report with police at Na Yong police station in Trang on March 5. She accused Mr Wissanu of luring her granddaughter from her house in Na Yong on March 4. 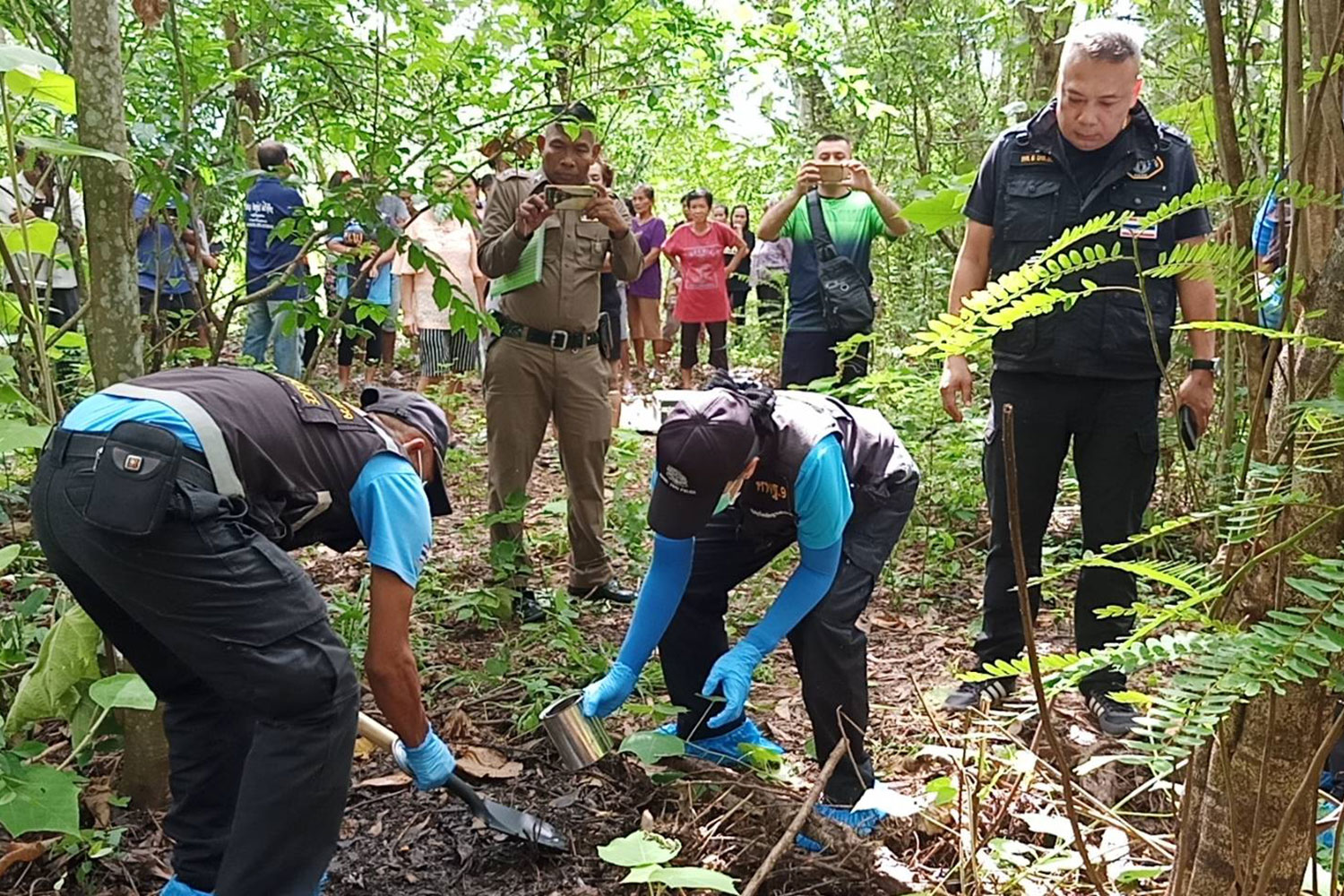 During the interrogation, police say Mr Wissanu told them that he had ridden his motorcycle to pick up his girlfriend near Wat Chong temple in Na Yong district on March 4. They were planning to visit downtown Muang district.

They later quarrelled after he learned that she had been in romantic contact with another man. This angered Mr Wissanu, who told police that he strangled the Matthayom Suksa 2 student and then took her body to a grove in tambon Ban Pho of Muang district. After setting the body on fire, he fled to Surat Thani, where he had been working when he was arrested.

Police took him to the murder scene for a crime re-enactment on Thursday.

Pol Lt Col Prasert Songsaeng, deputy chief of Muang district, said investigators were awaiting DNA results of the burned bones from Songklanagarind Hospital to confirm whether they were those of the girl.

Officers had found a necklace belonging to the girl near the body. 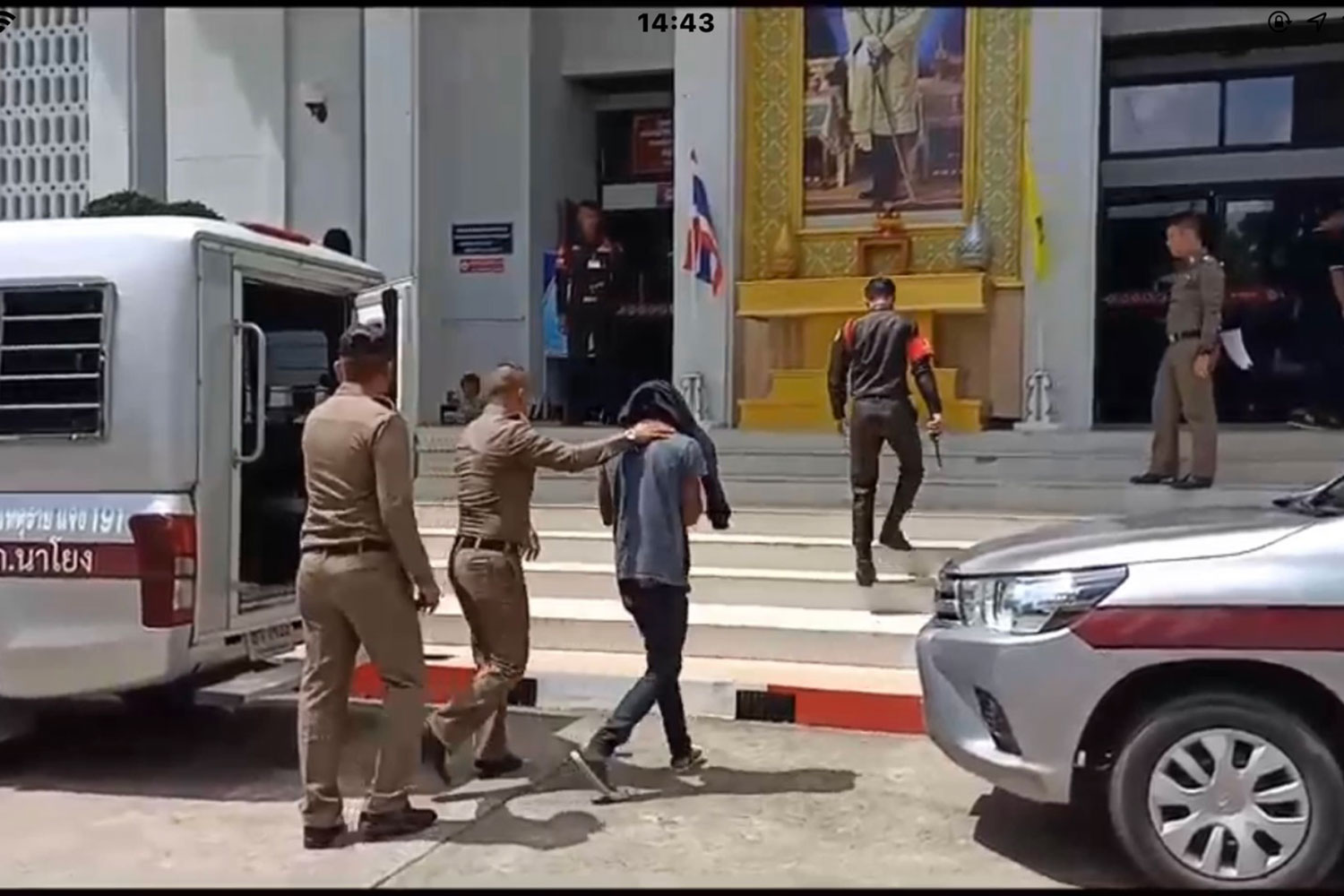 Suspect Wissanu Boonkhong is taken to the Trang provincial court for detention hearing on Friday. (Photo by Methee Muangkaew)

Ukraine rules out concessions as Russia steps up attacks

KYIV: Ukraine ruled out a ceasefire or any territorial concessions to Russia, and Poland's president said any loss of Ukrainian territory would be a "huge blow" to the entire West as he warned against appeasing Russian President Vladimir Putin.

KANCHANABURI: The search resumed on Monday for a retired serviceman and pilot instructor missing since the boat he was in capsized in the reservoir of Srinakarin Dam in Si Sawat district on Saturday.

Poramet Ngampichet of the Rao Rak Pattaya group is poised to be declared winner of Sunday's election for Pattaya City mayor, with the unofficial vote count showing he is clearly ahead of the three other candidates.