KHON KAEN: A bus driver has been fined 5,000 baht for packing too many passengers into his vehicle, forcing customers who had bought tickets for seats on the bus to sit in the aisle and on the stairs. 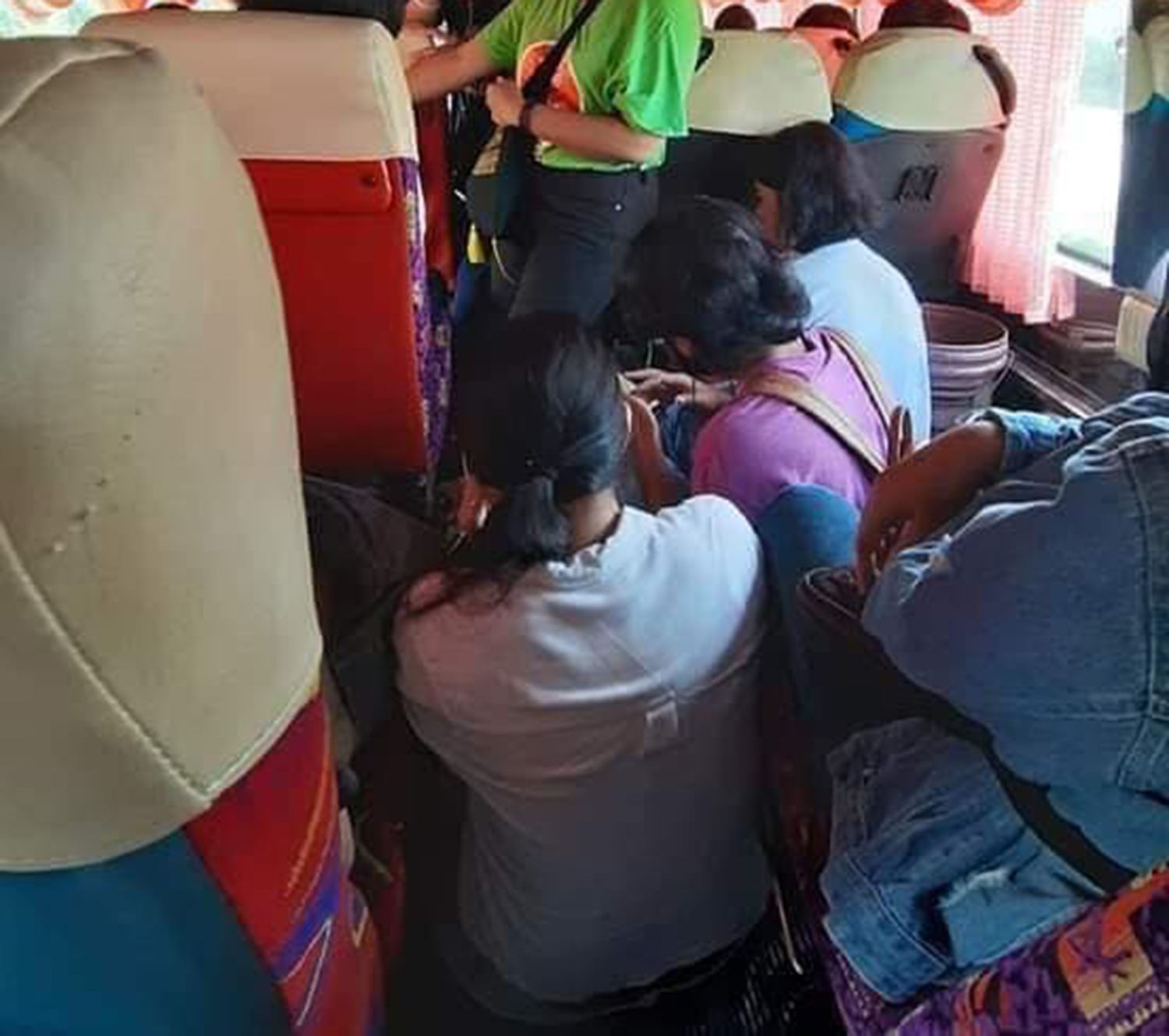 Passengers sit in the aisle after a bus from Nakhon Ratchasima to Udon Thani was overbooked on Sunday. (Photo from Thailandreport News Facebook account)

Thawatchai Wiriyajit, a Land Transport official in Khon Kaen, said on Monday the provincial office in Nakhon Ratchasima had ordered the driver to pay a 5,000 baht fine for overloading passengers on the bus.

The name of the driver was not disclosed.

The incident took place in an area covered by the Nakhon Ratchasima office and the driver had been summonsed to pay the fine, Mr Thawatchai said.

The payment followed a complaint posted on the Thailandreport News Facebook page on Sunday showing pictures of passengers standing and sitting in the aisle of the bus.

On Sunday, 11 Khon Kaen University students bought tickets for Khon Kaen at Nakhon Ratchasima station. The driver said seats were still available on the Nakhon Ratchasima-Udon Thani bus, the social media post said. When they boarded the bus, however, they found all seats fully occupied -- and the driver immediately pulled out of the station, it added.

A bus conductor then told the students and other standing passengers to sit in the aisle, on the stairs or any other empty space they could find on the vehicle.