Another year in jail for wildlife hunter Premchai
Thailand
General

Another year in jail for wildlife hunter Premchai

The Criminal Court for Corruption and Misconduct Case Region VII in Samut Songkhram province on Tuesday sentenced construction tycoon Premchai Karnasuta to one year in jail for trying to bribe park rangers when he was arrested in a wildlife sanctuary in February 2018.

The court based the ruling on witness testimony that Premchai, 64, told arresting park rangers he would give them whatever they wanted if they set him free.

The court stated that the one-year sentence would be added onto a 16-month jail term handed down by a Kanchanaburi court in connection with a wildlife poaching case in the Thungyai Naresuan Wildlife Sanctuary in Kanchanaburi's Thong Pha Phum district where he was arrested.

Yong Dodkruea, 66, the other defendant in the bribery case, was acquitted. Although his voice appeared in a 20-minute-long audio recording, the conversation took place on a separate occasion, concerned general matters and was not connected to Premchai's attempted bribe, the court ruled.

Premchai was released on bail of 200,000 baht. He said he would appeal.

Wichian Chinnawong, the chief of the western Thungyai Naresuan Wildlife Sanctuary who arrested Premchai and three followers in February last year, was also at the court but did not speak to reporters.

Premchai, president of Italian-Thai Development Plc, and the three co-defendants were arrested at their unauthorised camp in the wildlife sanctuary on Feb 4 last year in possession of firearms and the carcasses of protected animals, including a rare black leopard. 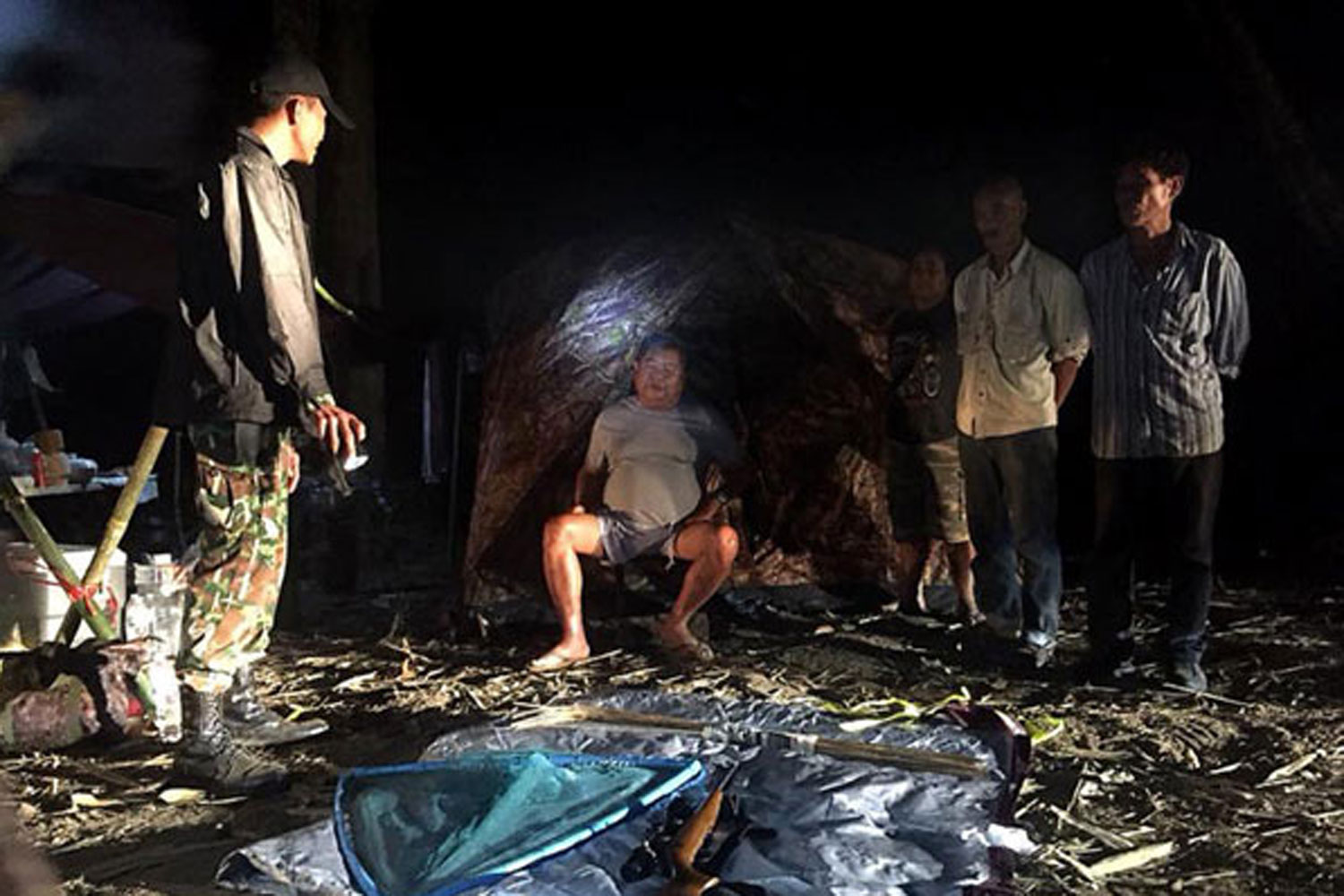