Naruemol Lamperngmee, 19, who allegedly used hacked Facebook and Line accounts of others to dupe more than 100 online users into transferring money to her is caught in Min Buri district, Bangkok. (Supplied photo via Wassayos Ngamkham)

A 19-year-old woman who allegedly used hacked Facebook and Line accounts of others to dupe more than 100 online users into transferring money to her has been caught in Bangkok along with a suspected accomplice.

The duo were wanted on arrest warrants issued by the Thon Buri Criminal Court on May 16 for colluding in fraud by posing as other people to swindle money from victims.

The arrests were made following complaints from Facebook and Line users that someone had allegedly hacked social media accounts of those close to them and then borrowed money from them. About 100 people fell victim to the scam and transferred money to accounts given by the gang. The damage was more than 4 million baht, said Pol Col Thongchai Yukate, chief of the CSD’s Division 1.

CSD investigators began the investigation that led to clues about the suspected swindler, Ms Naruemol, and her accomplice Samart.

Ms Naruemol admitted to having swindle the victims. She told police that she had looked for potential victims on the internet and then hacked into their Facebook or Line accounts. She then impersonated them and sent messages borrowing money from their friends. When the victims responded, she gave them bank accounts for money transfers.

The woman said she then asked Mr Samart to withdraw money from the accounts for her. The accomplice was paid 1,000-2,000 baht each time. 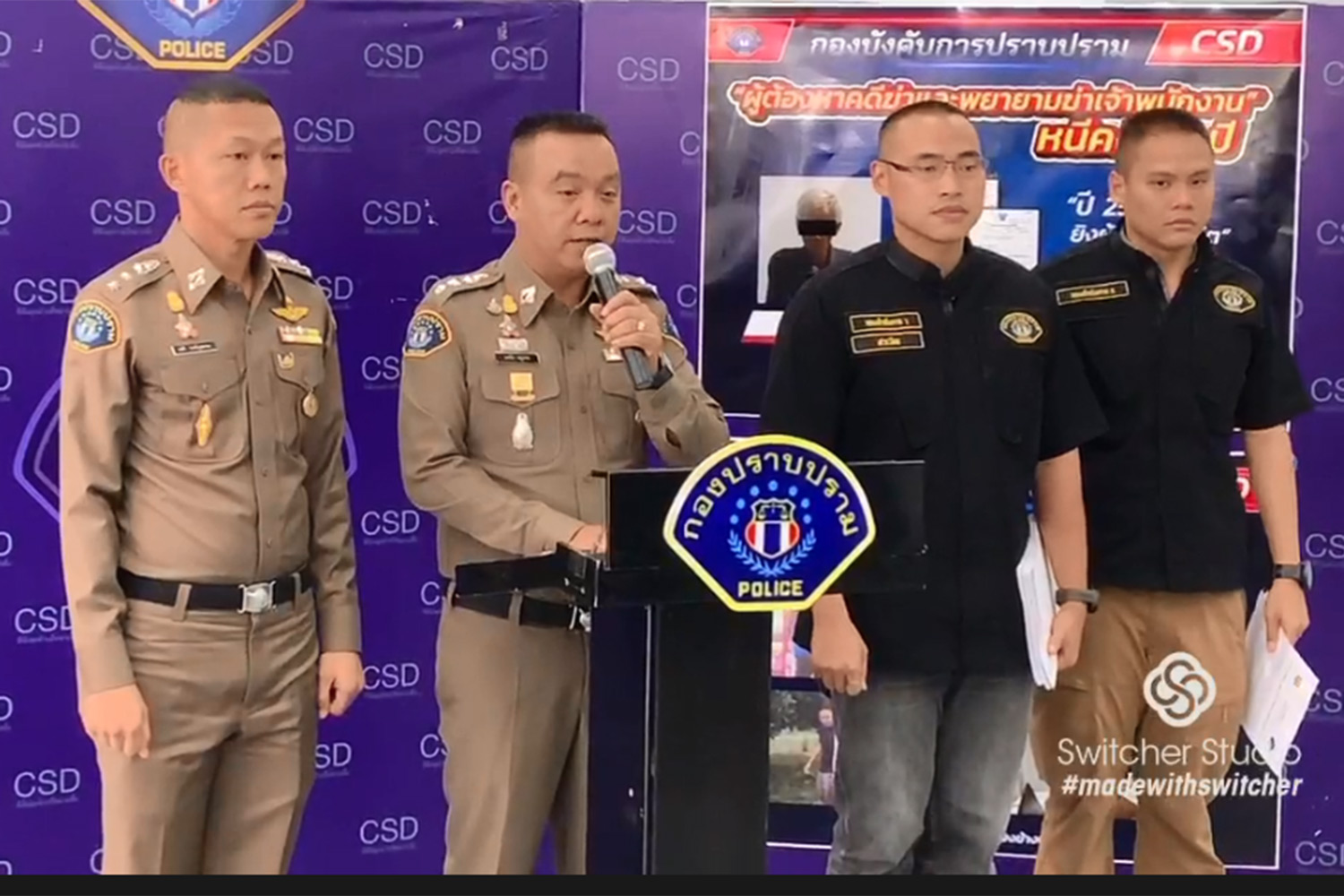 Crime Suppression Division police hold a media briefing on Friday on two criminal cases, including the arrest of two people involved in hacking social media accounts to swindle money from online users and the other case the arrest of a murder suspect who allegedly threw a grenade at police. (Photo taken from @csdthai Facebook page)