The renowned beach city has become ever more vulnerable to flooding as construction has accelerated. The drainage system is old and easily overwhelmed.

Pattaya City municipality plans to ask the new cabinet to approve a 665 million baht flood prevention project which has been shelved for years due to repeated changes in government water management policy.

"Pattaya was intended to be at the centre of the government's flagship Eastern Economic Corridor (EEC) scheme, but the city suffers from chronic flash floods, which require urgent action to address," said Pattaya mayor, Sonthaya Khunpluem.

"If successful, Pattaya City will be secured from run-off coming from the east coast which bursts into the downtown area during the rainy season, affecting tourism and the city's businesses," he said.

The city wants to build a large reservoir to store 11 billion cubic metres on Soi Khao Noi, and eight water pumping stations that can drain water at 1.5 million cubic metres per second. The money will be also spent on a 1.5-kilometre long high-density polyethylene pipe along a road beside the railway track.

Along with the dredging and renewal of the city's canals, this system has been designed to divert water away from the municipality and out into the sea. 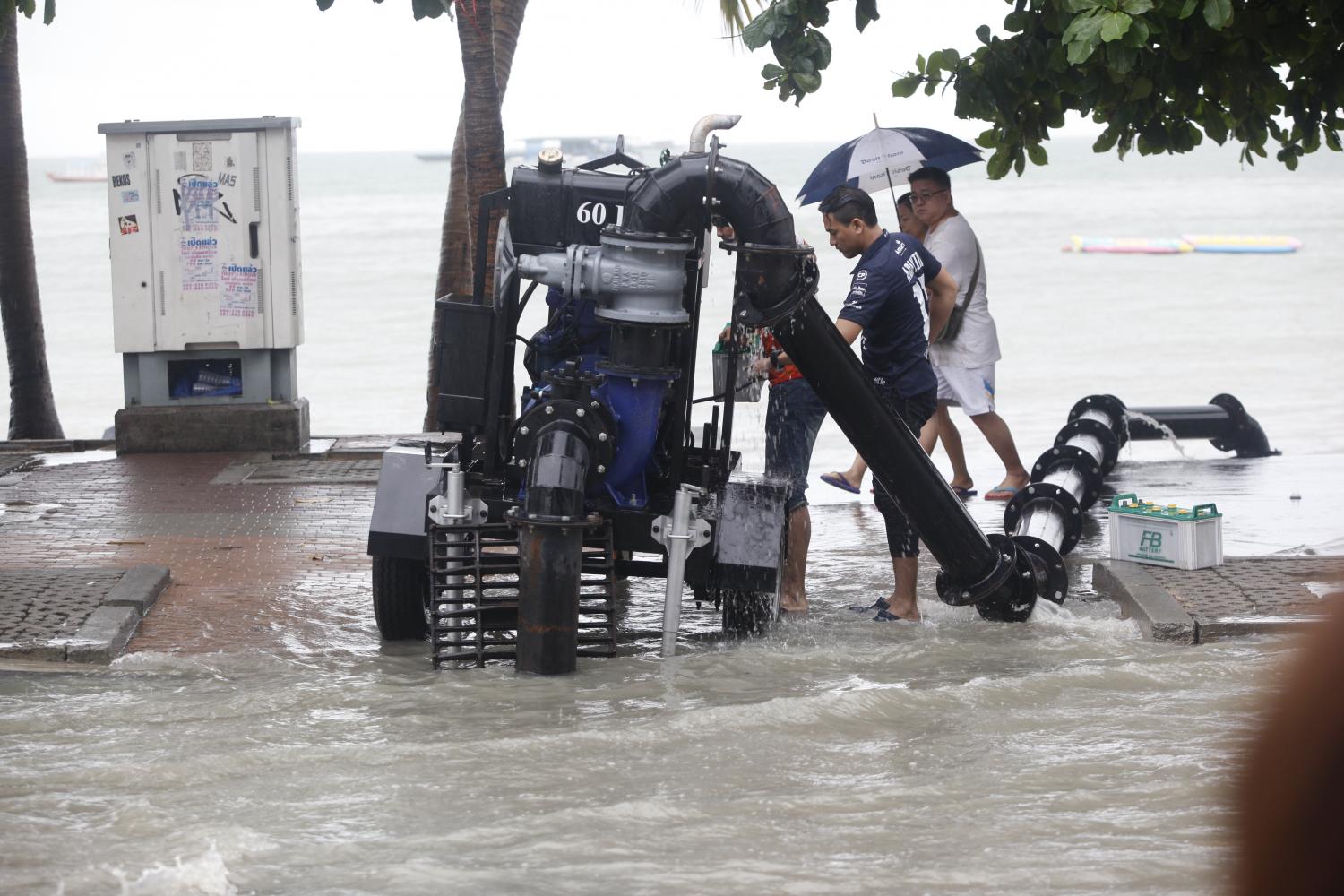 ad-hoc measures: City officials are forced to use water pumps to channel water out into the ocean due to the lack of infrastructure.

A water tunnel running from the east coast through Pattaya Klang Road to the ocean was also mooted at one point, although the budget may not stretch to both sets of proposals, according to Mr Sonthaya.

Downtown Pattaya is a low-lying area, making it particularly vulnerable to flooding.

During the rainy season, when the tide is high and the deluges are frequent, water swells up over the sois because the city lacks a modern drainage system to flush inland water back into the sea.

The city's natural waterways, such as its canals, offer little assistance because most of them are clogged with sediment, if not obstructed entirely by the many buildings that have sprung up in recent years.

The drainage system in Pattaya was built a long time ago and is incapable of handling the volume of water spilling into the city, he said.

There are already six water pumping stations and a 21 rai water catchment area, but they are soon overwhelmed during this part of the year, added Mr Sonthaya. 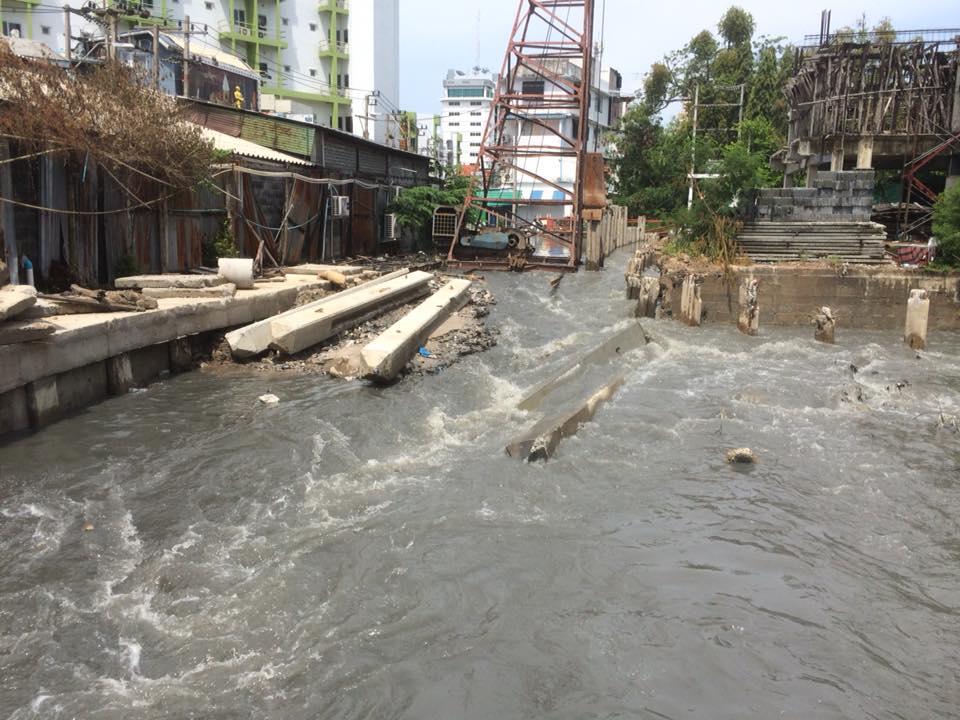 canal chaos: One of the chief causes of the flooding is a network of canals that are clogged with sediment or blocked by new construction.

After convincing the Interior Ministry about the importance of the shelved EEC flood prevention project, the government has assigned the Department of Public Works and Town & Country Planning to resume the project, Mr Sonthaya said.

The department has also invited the Pattaya City administration to take part in drafting a new plan for the implementation of the project, which is expected to be complete by the end of the year, he said.

While waiting, the city plans to accelerate the dredging of its canals and the cleaning up of drains, which will happen with the help of the Corrections Department which will assign inmates to carry out the tasks.

A number of new mobile water pumps and more sandbags also are being purchased, while specialist flood relief teams are being formed to deal with emergencies, according to the mayor.

The city has begun working to improve its canals' drainage capacity by widening many and dealing with encroachment.

Khlong Puek Phlap, for instance, was expanded from three to four metres in width after the city evicted illegal dwellers from along its banks. 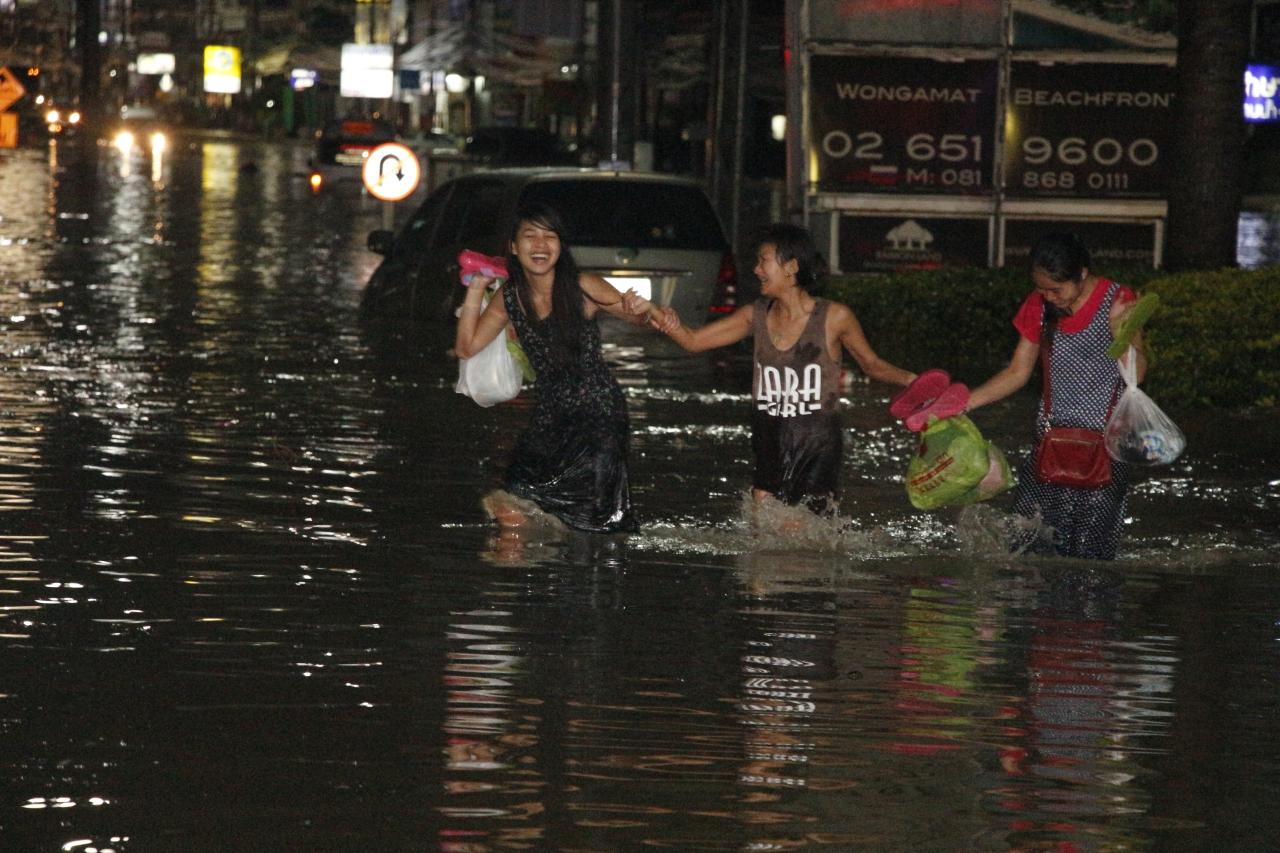 For these flood vulnerable areas, Mr Sonthaya said that council has recently approved a budget of 218 million to fund 10 prevention projects, which will require up to a year to complete, he said.

The council will, therefore, speed up some projects that can be implemented immediately such as the purchase of new water pumps.