Two Italians have been captured in Chon Buri for using the name of US actor George Clooney to con victims into investing in a bogus clothing company.

Pol Maj Gen Jiraphob said Italian authorities had alerted the CSD to their whereabouts in Thailand after they fled a court sentence in Italy.

Mr Galdeli and Ms Goffi were sentenced by a Milan court to eight years and four months in jail and fined €14,500 (500,000 baht) on fraud charges.

They convinced investors that they were creating a clothing label using the actor's name on garments for export. The crime took place in 2010 and Mr Clooney sued them in Italy. 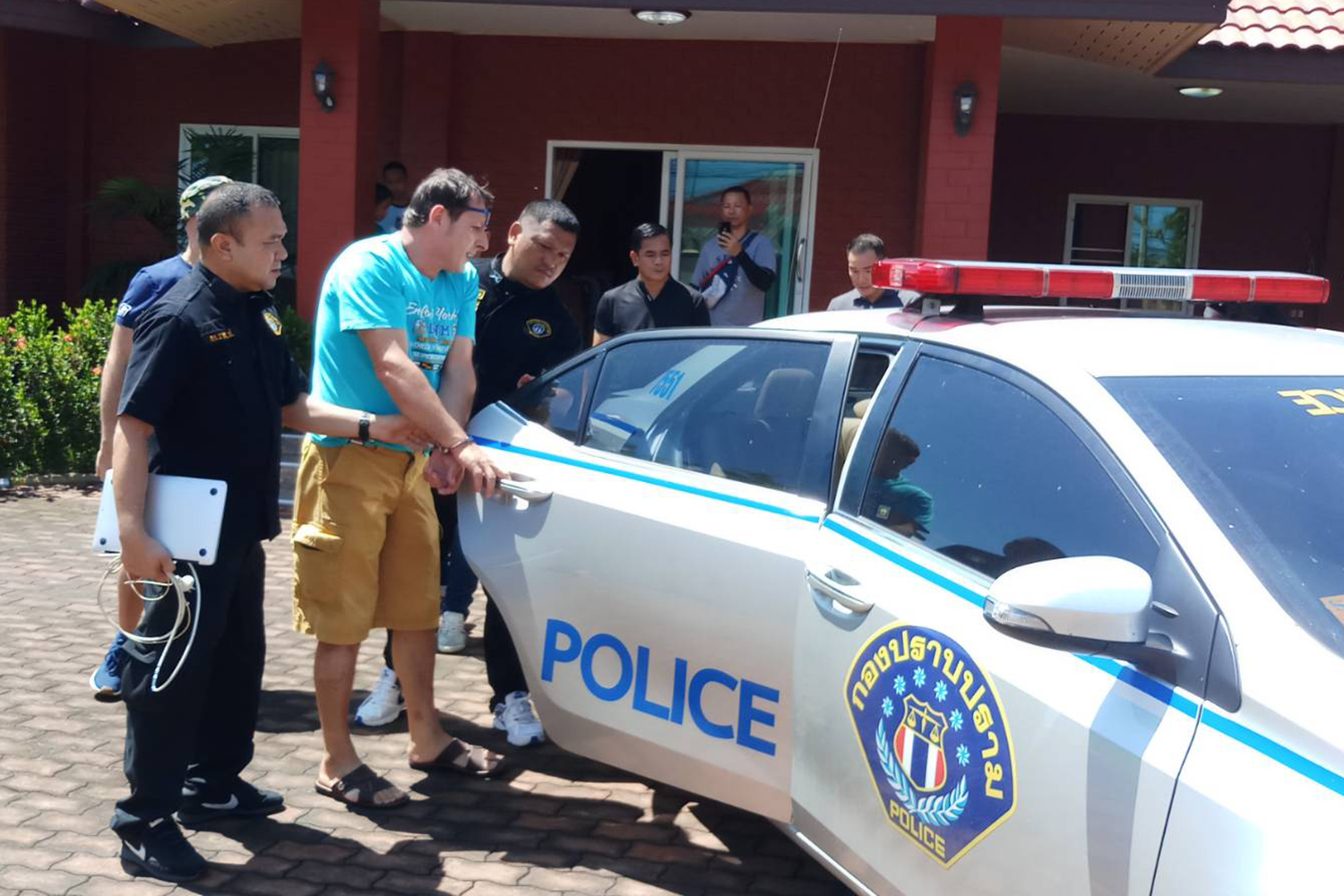 The Italian is taken to Bangkok for a media briefing. (Crime Suppression Division photo)

The CSD chief said the two were able to dupe investors out of more than 40 million baht. They came to Thailand in 2014.

Police have charged them for overstaying their visas in Thailand and will hand them over to Italian authorities after legal proceedings are completed.

The nature of the relationship between Mr Galdeli and Ms Goffi was unknown.