Woman hurt after falling into sewer near MRT station

What is left of the cover of the manhole into which a young woman fell in front of the MRT Ratchadaphisek station in Bangkok on Tuesday morning. She was rescued with injuries and bruises on her body. (Photo taken from www.js100.com)

An office employee was rescued from a three-metre-deep sewer after falling into it while walking on a footpath in front of the MRT Ratchadaphisek subway station in Bangkok on Tuesday morning.

A vendor and a motorcycle taxi driver who witnessed the incident came to her rescue, said JS100 radio station, which was alerted at 8.37am.

The young woman, who was covered from head to toe with sewage, sustained injuries and bruises along her body. She was taken for a wash before being sent to Paolo Hospital.

Later, the woman, who was known only by her first name Jetnipit, 23, told JS100 station at around 10.30am that she walked on the footpath and stepped on the manhole's cover on the way to work two days ago and nothing happened.

Before the fall, she did the same while walking with her friends but this time she fell into the sewer.

She landed in the drain and was submerged in untreated wastewater before the food vendor and the motorcycle-taxi driver helped her out, said the woman, a Kerry Express Co employee in Bangkok.

Luckily, large broken pieces of the cover got stuck in the manhole, enabling her to step on them before being pulled out. Her belongings were inside the drain and officials managed to retrieve some items.

Media later reported that the broken cover had already been repaired. 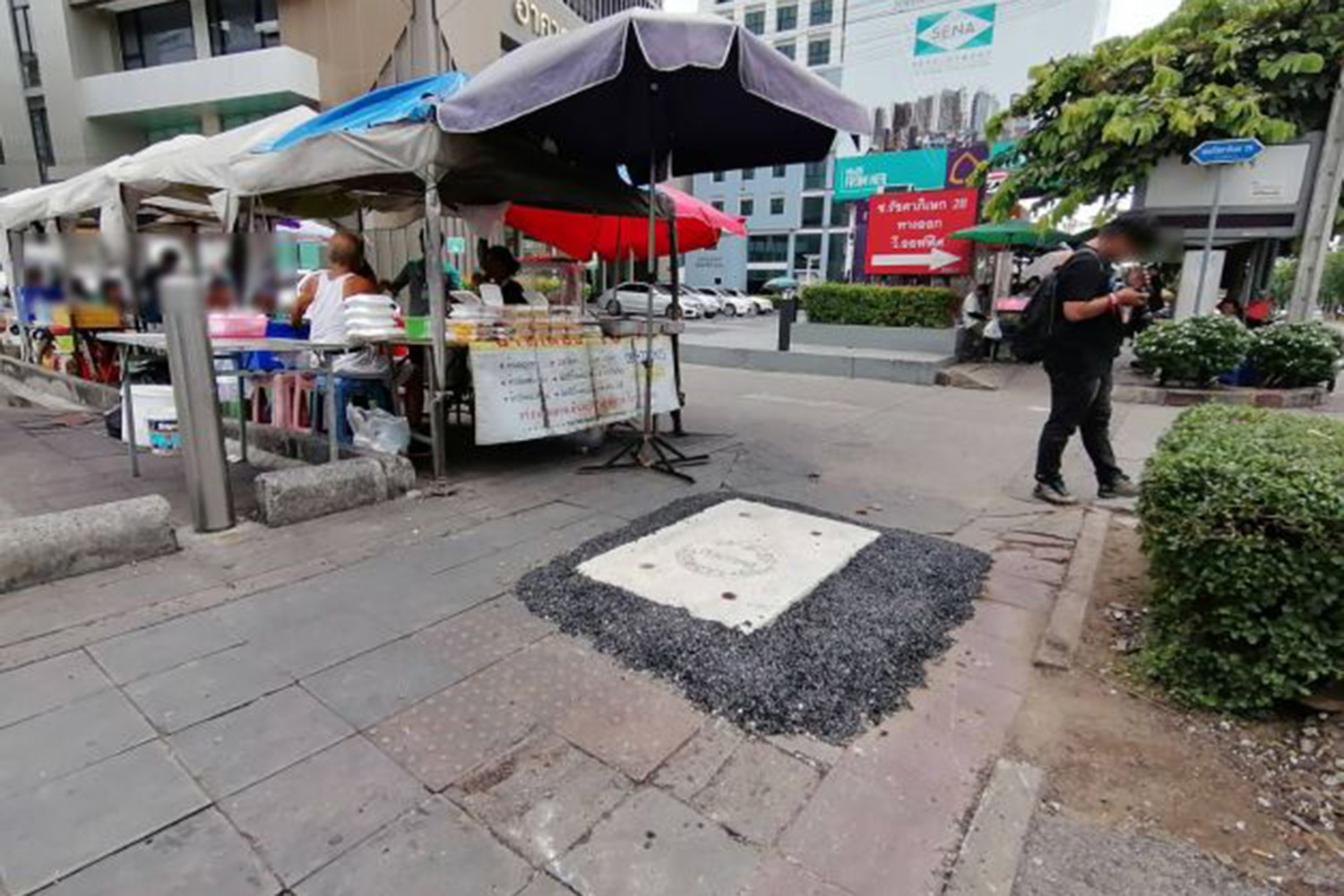 The broken cover of the sewer pipe is fixed following the incident that almost took the life of a woman. (Photo taken from www.js100.com)