Members of the Wild Boars football team rescued from the Tham Luang flooded cave in Mae Sai district of Chiang Rai last year pose for the media after a marathon and biking event on Sunday. (AP photo)

CHIANG RAI: A year after they became trapped in a flooded cave at the start of a two-week ordeal, some of the 12 young football players and their coach marked the anniversary of the drama on Sunday that propelled them into celebrities.

The youngsters went in to explore before rain-fed floodwaters pushed them deep inside the dark complex. Their rescue was hailed as nothing short of a miracle. 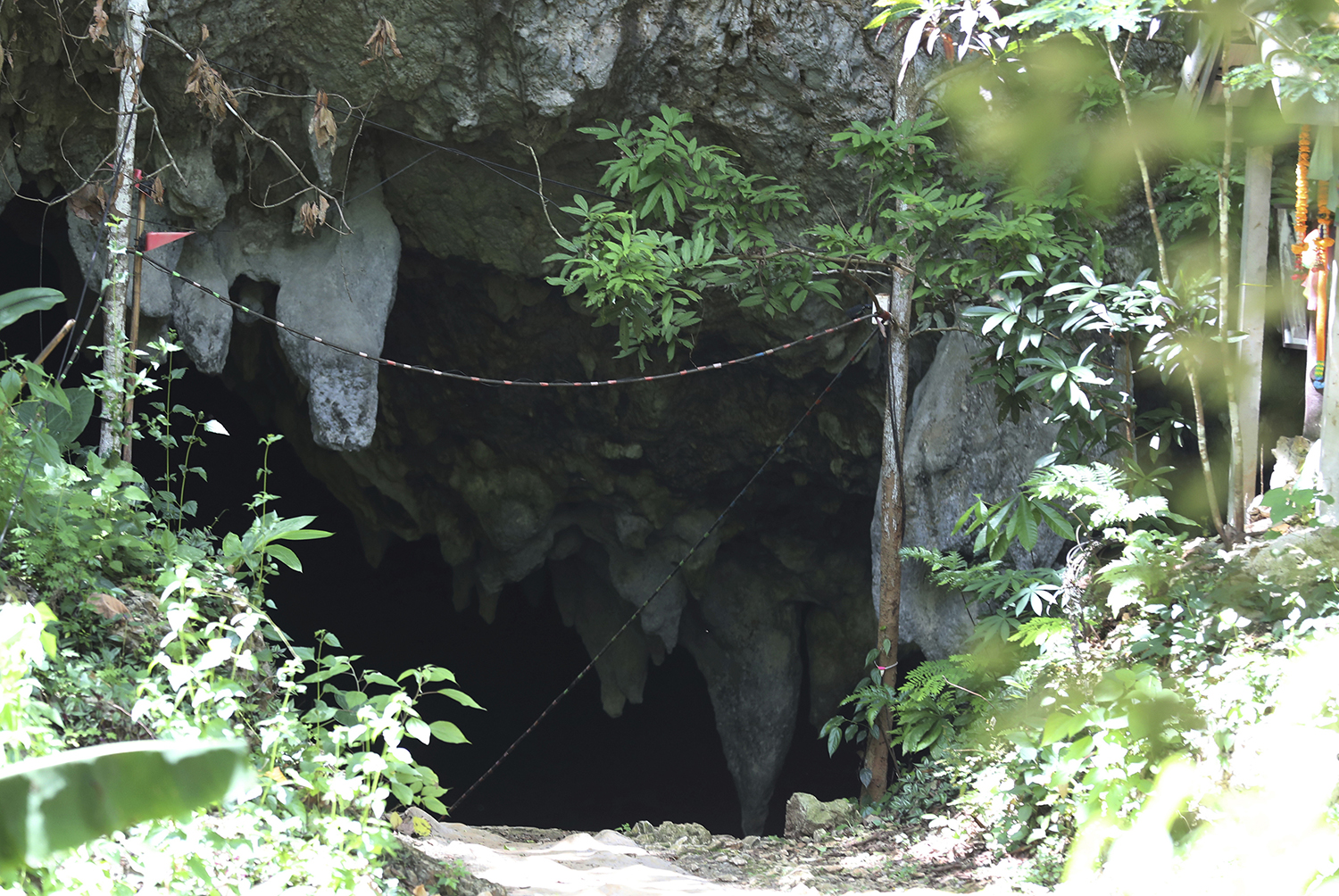 The entrance to the Tham Luang cave. (AP photo)

Nine of the boys and their coach ran the marathon, donning the event's orange T-shirts and looking notably taller and older. The Wild Boars teammates were at the centre of attention as they smiled and posed for photos.

The boys and their coach have since become celebrities, represented by the 13 Tham Luang Co, which Thailand's government helped establish to look after their interests. Netflix has acquired the rights to their story.

"I want to thank everybody who has put so much effort and sacrifices to save all of us,'' said Ekapol Chantawong, a former Wild Boars team coach. He stood in front of the bronze statue of Lt Commander Saman Gunan, a Navy SEAL who lost his life rescuing the trapped boys.

Abbot Prayutjetiyanukarn, a monk in the local neighbourhood who interacts with the team every week, told The Associated Press that some of the boys were wary of the media and try to avoid the press whenever they can.

"But they are fine, both physically and spiritually, there's nothing to worry about,'' he said. 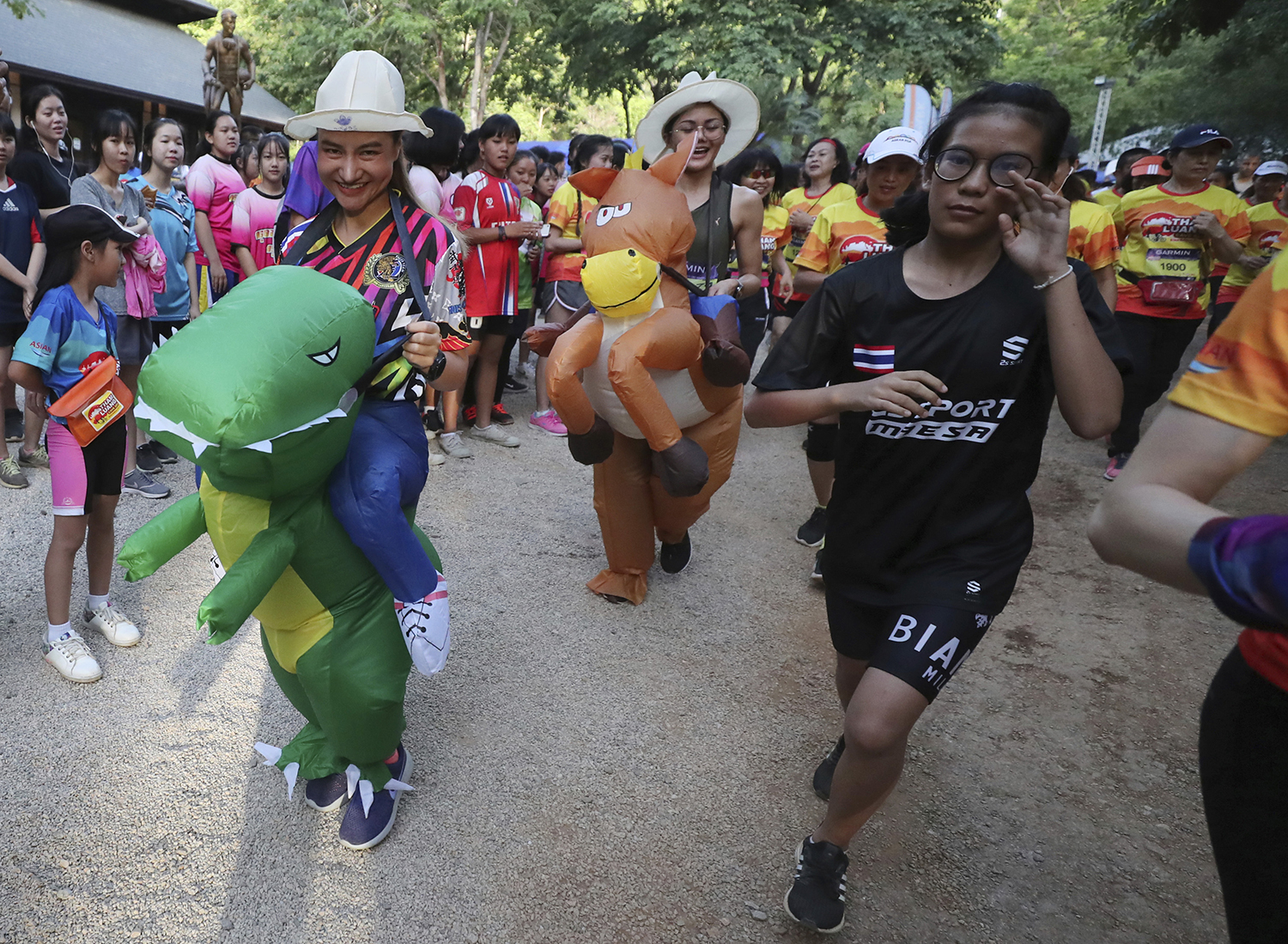 Participants compete during the marathon and biking event at Tham Luang. (AP photo)

Last year's sensational rescue was initially led only by the Navy SEALs but the task proved extremely difficult. They turned to international rescuers and cave explorers, and crucially, cave diving experts who located the boys and coach before bringing them out July 10, 2018.

The operation required placing oxygen canisters along the path where the divers maneuvered dark, tight and twisting passageways filled with muddy waters and strong currents.

Many local and foreign rescuers returned for Sunday's run.

"Not many children could have survived the way they did, so we have to respect them for that,'' said Vernon Unsworth, a British diver whose advice and experience were crucial to the rescue operation.

"What we should do right now is to just let them get on with their lives. Just let them grow up like normal kids,'' he said. 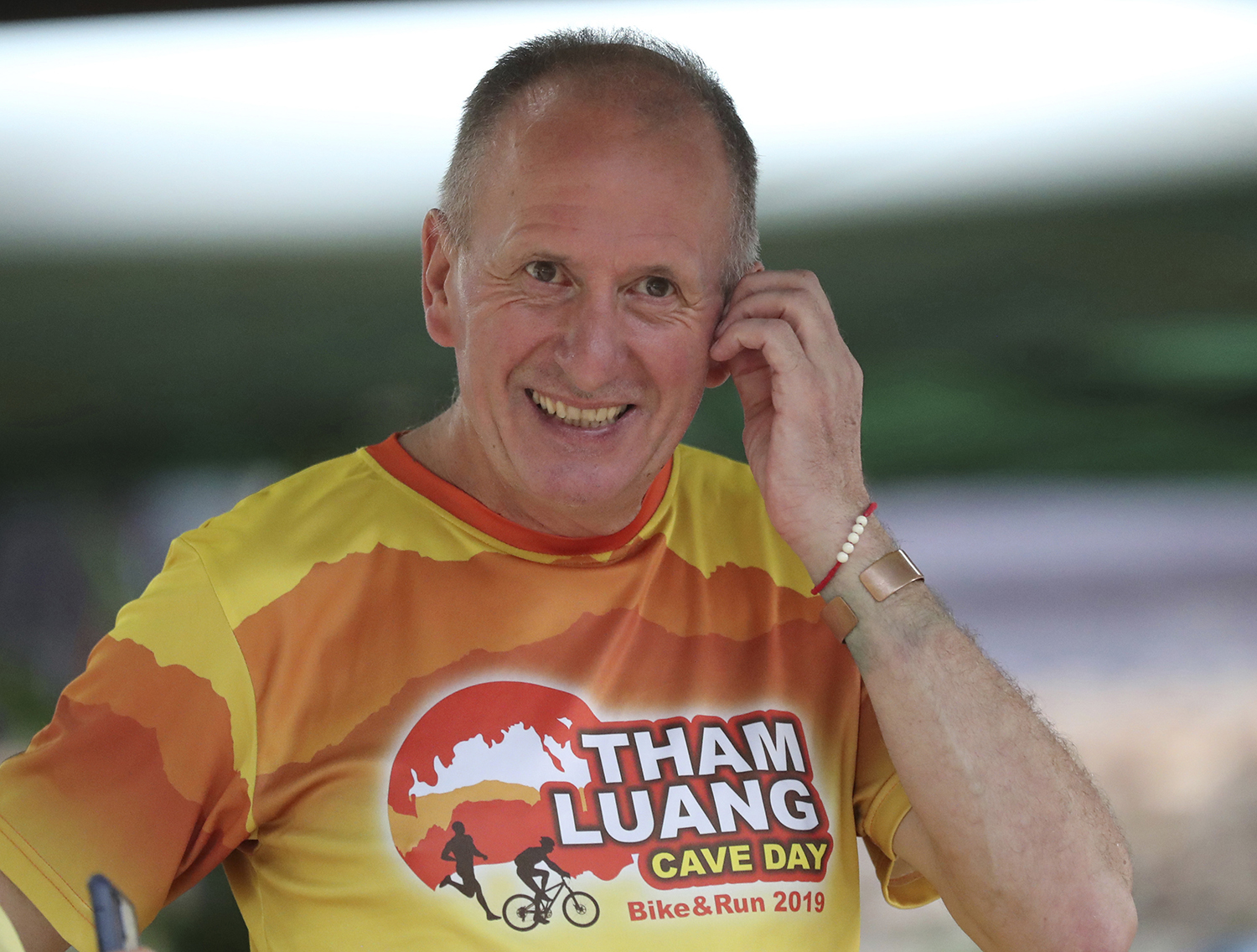 The cave and the town of Mae Sai in the mountainous province on the border with Myanmar are now flooded with curious tourists.

The cave's surrounding amenities, which just last year primarily featured dirt roads and thick mud, has seen some significant renovations with facilities being built, roads paved, and shops settling in.

Local souvenir shopkeepers said that the boys' ordeal has increased their fortunes.

"Since the kids have been rescued, the economy around here keeps getting better,'' said Lek Yodnum, a shop owner who sells T-shirts and memorabilia of the cave rescue.

"Before the kids became trapped, there wasn't a single shop around here. It was all just farm and field,'' he said. "Now, Tham Luang has officially become the financial hub of Mae Sai district.''

The 12 kids and their coach are scheduled to attend a merit-making ceremony at Tham Luang on Sunday morning.