Wades creeks, traverses mountains to get an education

Thanoksak, a 16-year-old ethnic Karen student, leads teachers across the creek he has to wade each day to get catch a bus to school from his remote community in Sai Yok district, Kanchanaburi. (Photo by Piyarat Chongcharoen)

KANCHANABURI: Thanongsak, a teenage Karen youth, gets up at 5am and has to wade across a creek to catch a bus and travel 30 kilometres along a bumpy mountain road to school - but never misses a class.

Thanongsak is 16 years old and has no family name.

He lives with his parents and younger sister in an open-sided ramshackle house in a remote community in a forested and mountainous area, with no electricity or tap water.

He is a Mathayom Suksa 4 student at Sai Yok Noi Witthaya School in Sai Yok district, in tambon Krajae.

And he dreams of one day being a soldier.

Photos featuring the pot-holed road, the way to his house and hardship were posted online by his teachers after they made a visit to his home - and had to wade across the creek in their neatly pressed uniforms.

Nathamon Chomjan, the teacher who posted the images, said she previously knew that the way to Thanongsak’s home was rough going, but had never understood how treacherous it really could be.

She admitted she and her fellow teachers were lost for words as they struggled along the mountainous terrain to the student’s home.

Thanongsak never lets the obstacles and difficulties he faces deter him, she said. He arrives at school each day with a smile on his face, even though he has to travel more than 30 kilometres from his remote community to get there.

"Thanongsak has to wade across a wide creek before he catches a bus to school. The trip to school takes him almost two hours each way. The road to his house is pot-holed and parts of it are mountainous," she said. (continues below) 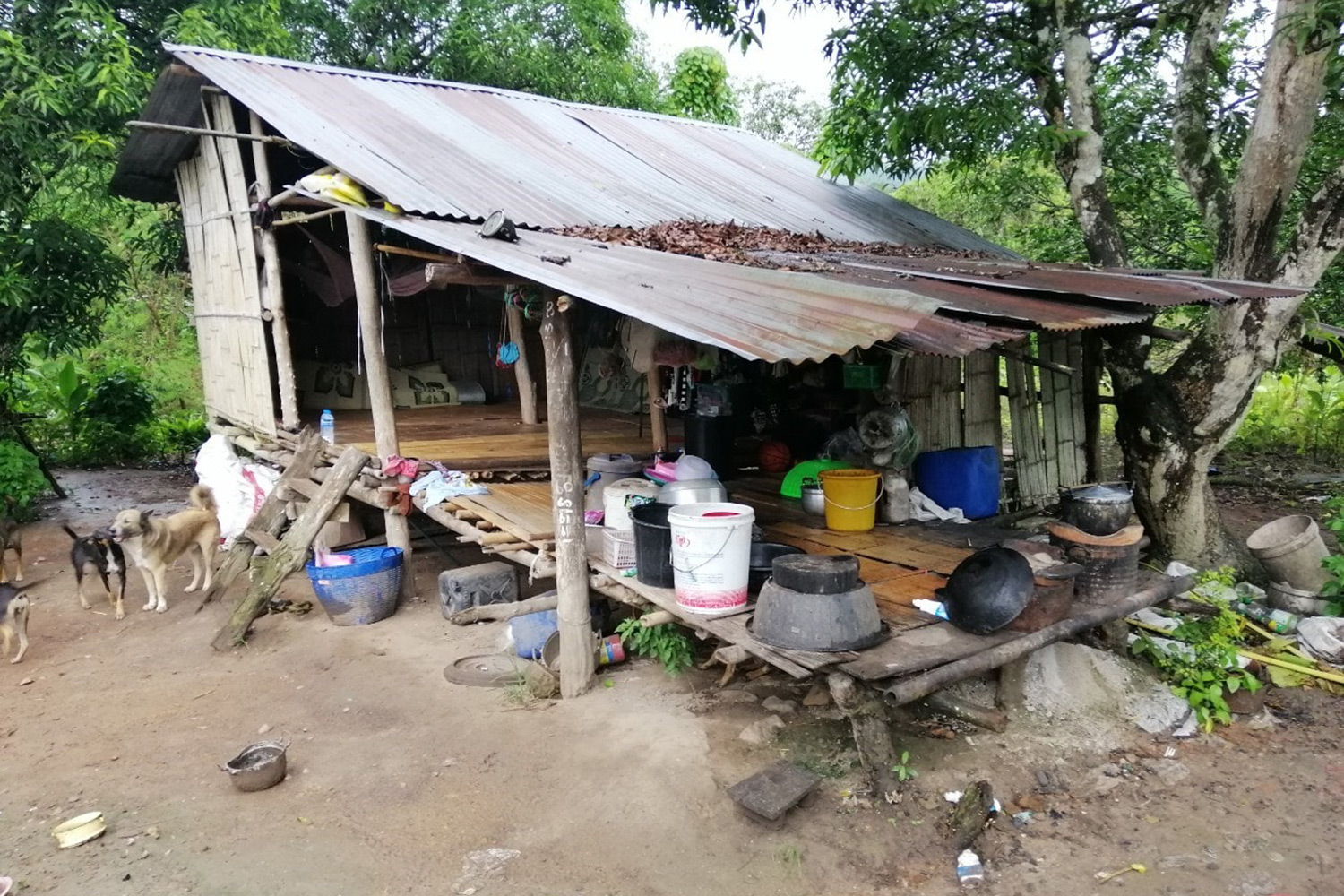 The remote, ramshackle home where Thanongsak, a 16-year-old student a Sai Yok Noi Witthaya School in Kanchanaburi province, lives with his parents and youngsister. (Photo by Piyarat Chongcharoen)

When she posted the photos and the story online she thought only that Thanongsak would be an example for other students to follow. She never expected they would draw such public attention.

Ms Nathamon said the school and local groups would build a bridge across the creek to make life easier for Thanongsak and other people living in the area. The school was raising funds to construct the bridge, and teachers would meet local residents on Saturday to discuss the project.

Thanongsak told the Bangkok Post he lives with his parents and his young sister. He gets up around 5am every day to ensure he gets to school. He has to wade across a creek and walk about a kilometre along a narrow path to get to his aunt's house, and from there catch the school bus.

Their home has no tap water or electricity. To read a book, he lights a candle. Thanongsak agrees it is a tough life, but says he will not be beaten down and is determined to realise his dream to be a soldier.

He also tells friends who live in better conditions than him not to be foolish by skipping classes.

The youth's plight drew public sympathy with many people wanting to donate money to help him and his family. On Thursday, teachers took him to Sai Yok to open open an account with Krungthai Bank.

Ms Nathamon thanked people for their generosity to Thanongsak and his family. She said teachers would take him and his younger sister to the district office to apply for Thai nationality, as officials had advised. 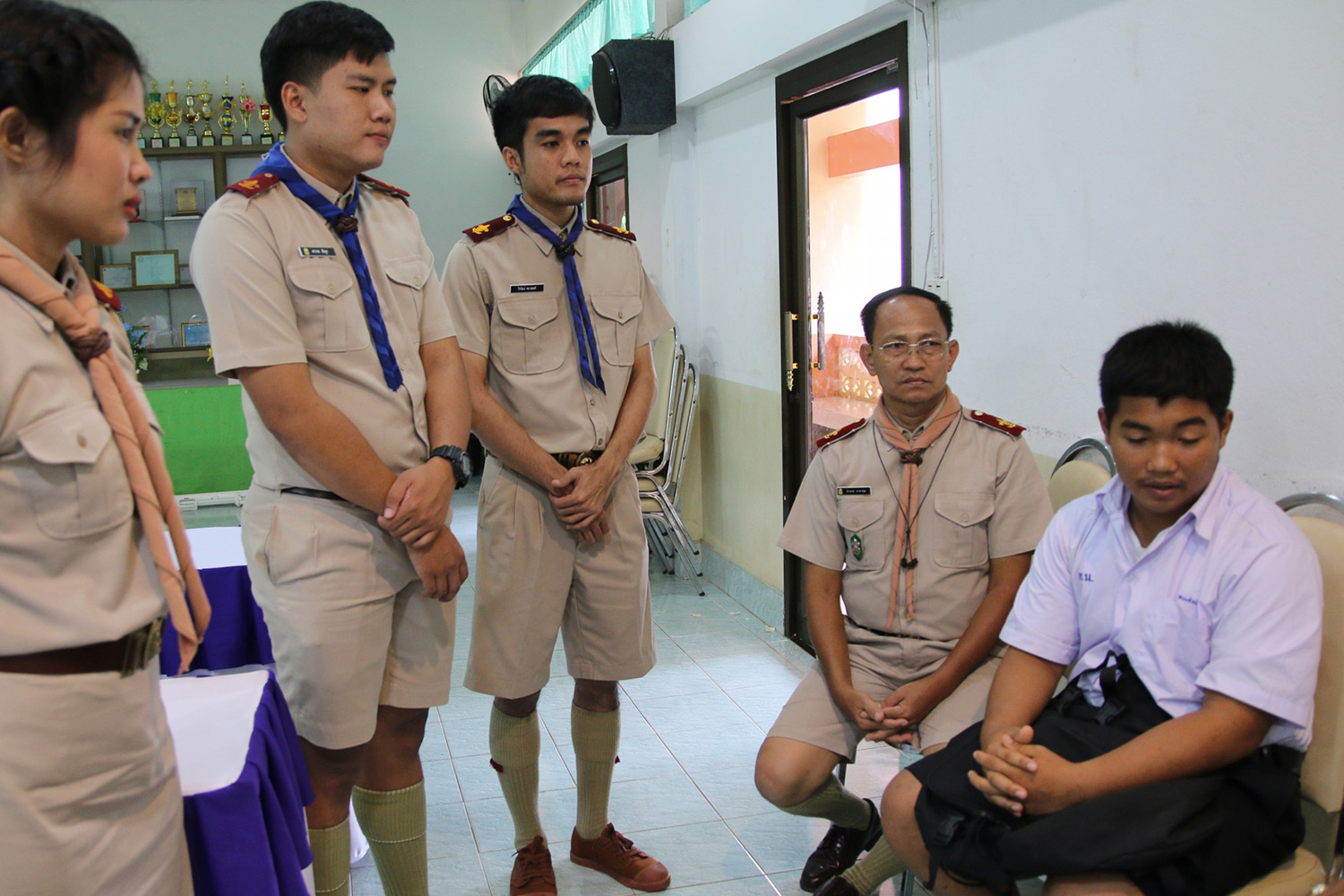 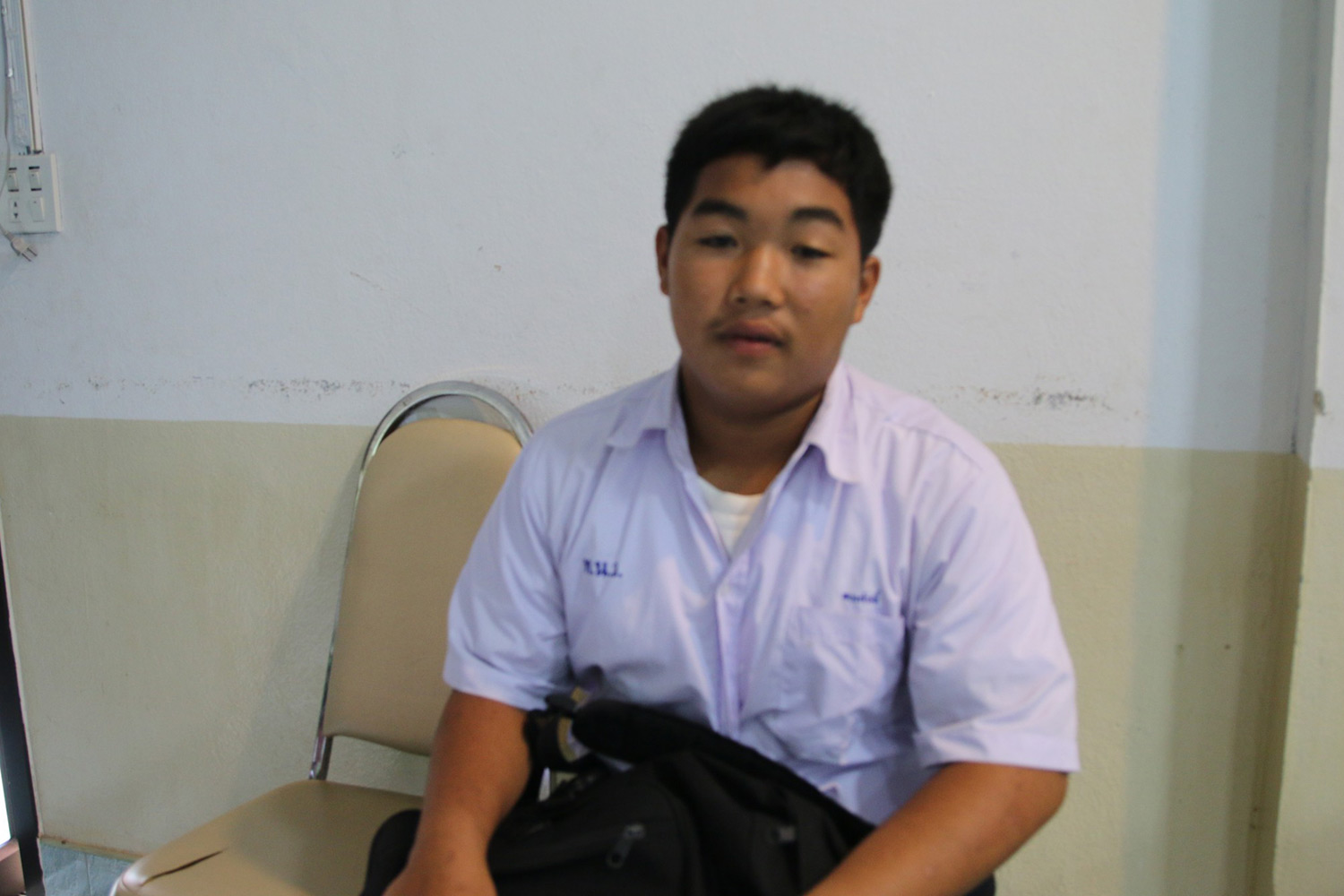