Investigators gather at the Kalasin property that housed a factory making unapproved weight-loss capsules, which have been linked to the death of one woman. (Photo by Yongyuth Phuphuangpet)

The owner has admitted the capsules did not have Food and Drug Administration (FDA) approval, but she also alleged that an official of the Office of Consumer Protection was involved in the racket.

A team of police, soldiers and officials, armed with a court warrant, searched the house in Na Mon district on Saturday morning. Wasapassorn Sulamnart, 52, claiming to be the owner, was inside the house, where a sign with the company name, D.D. Cosmed Co, was seen.

Investigators, led by Kalasin police chief Thinnarat Phetphansri, found some drug powder containing sibutramine, which is banned by the FDA, along with gelatin capsules and packaging.

Officers then raided two warehouses about two kilometres from the house, and found drug powder imported from China, more than 1 million weight-loss capsules, cardboard boxes and other items. 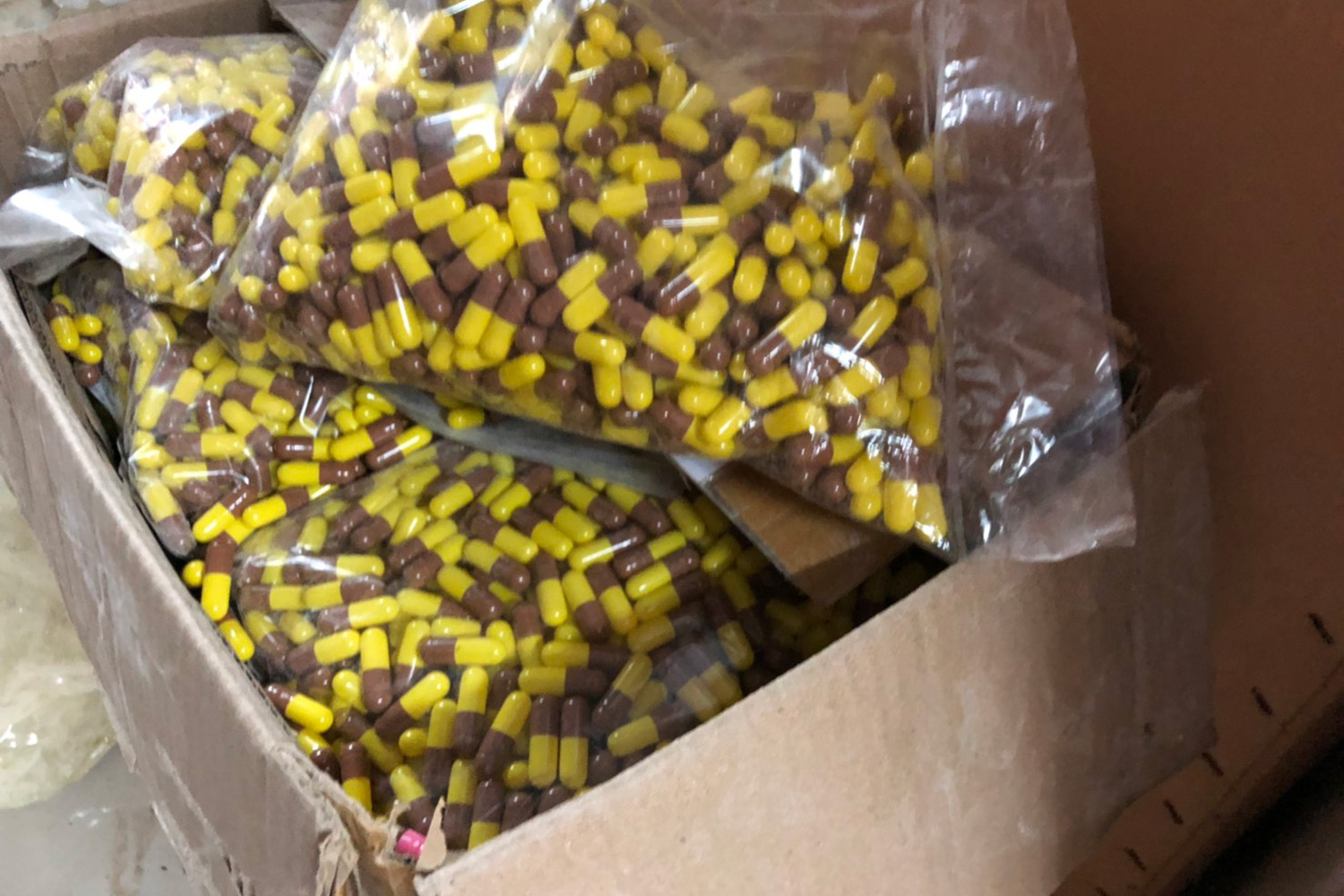 More than 1 million weight-loss capsules were seized from two warehouses of D.D. Cosmed Co in Kalasin. (Photos by Yongyuth Phuphuangpet)

Pol Maj Gen Thinnarat said the raid followed the death of a 30-year-old woman in Ang Thong after taking weight-loss pills that she had ordered online.

A subsequent police investigation shed light on the company in Kalasin, where the victim had ordered the drugs, he said.

Police said Ms Wasapassorn told them that her factory had FDA approval to produce food supplements. Her daughter was a pharmacist but her licence had been revoked, the woman added.

She admitted the seized weight-loss drugs were not approved, according to investigators. But she claimed that a senior official attached to the Office of Consumer Production supplied the drug powder used in the capsules. She had to pay the official 20,000 baht a month, she said.

Many weight-loss preparations contain the banned appetite suppressant sibutramine, and this week authorities reported the discovery of a new substance that they believe is emerging as a substitute for sibutramine. They say that Lorcaserin also has potentially harmful side effects but is not yet regulated in Thailand. 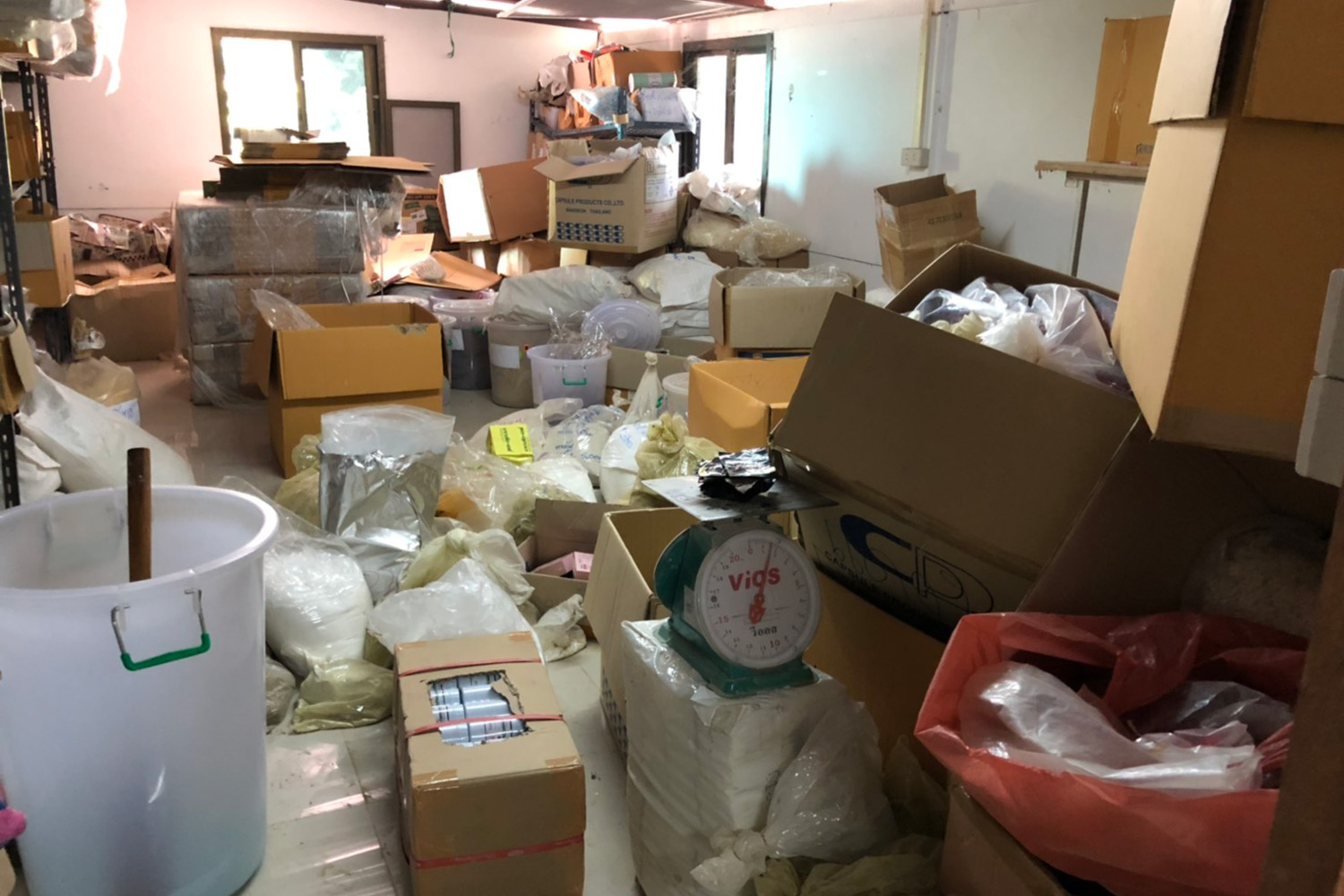 Cardboard boxes containing drug powder and other evidence were seized during the raid. (Photo by Yongyuth Phuphuangphet) 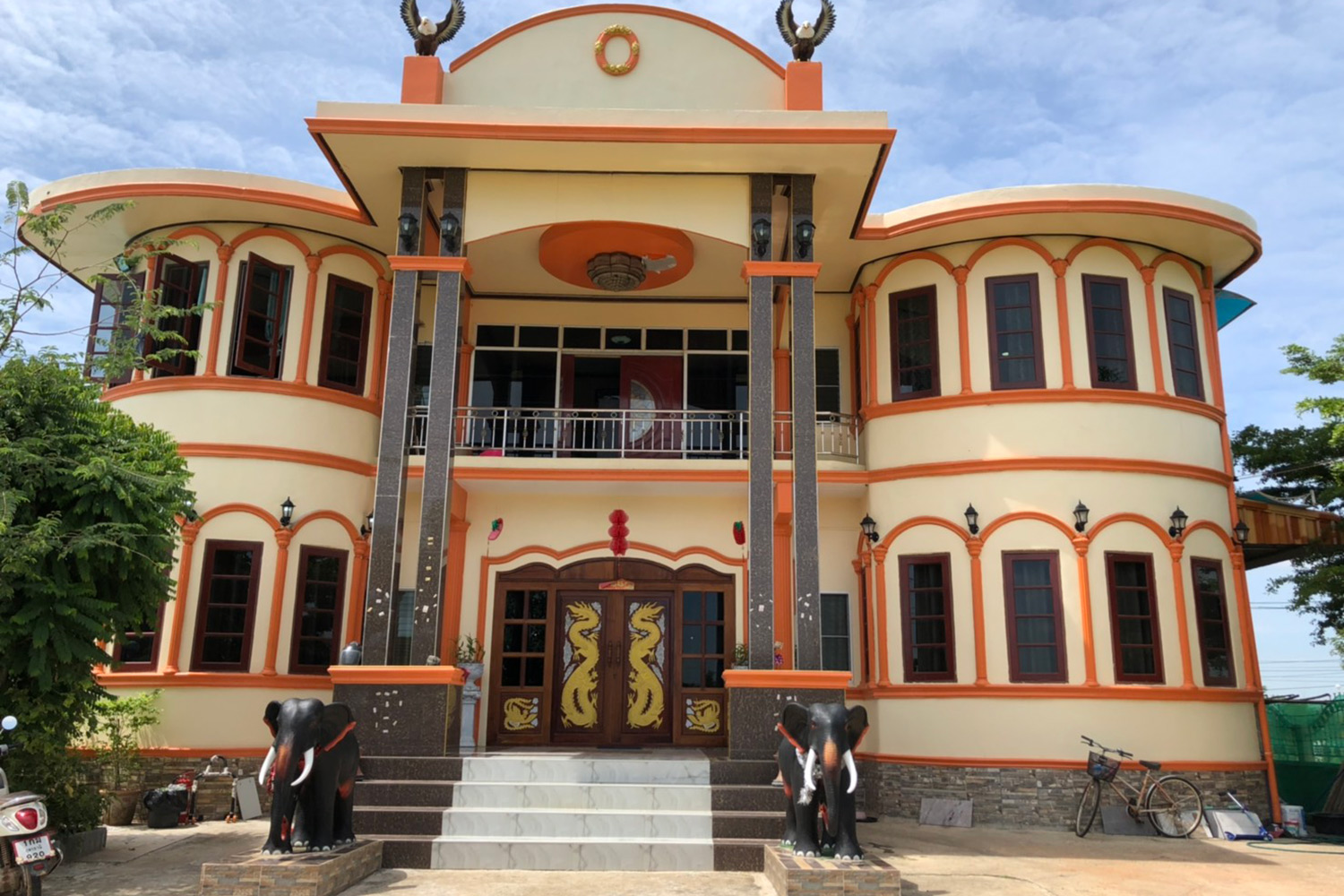 This house in Na Mon district of Kalasin also served as the base of a company that made unapproved weight-loss drugs. (Photo by Yongyuth Phuphuangpet)