PHUKET: A 546-million-baht traffic tunnel at a busy intersection in the resort island has been opened.

Prime Minister Pratuy Chan-o-cha presided over the official opening of the underpass on Monday morning. Accompanying him were Interior Minister Anupong Paochinda and Finance Minister Apisak Tantivorawong and officials.

The 730m-long Chalong junction tunnel is located where Highways 4021, 4024 and 4028 meet Tessaban Road in Tambon Rawai, Muang district. It will help ease the traffic, currently exceeding 100,000 vehicles a day, in the area, and is on the way to a number of popular tourist attractions such as Laem Prom Thep, Kata beach and Karon beach.

Construction began in July 2015 and the tunnel was open to traffic on May 31.

The interior was decorated with arts depicting the stories and way of life of Phuket such as mining and the vegetarian festival. 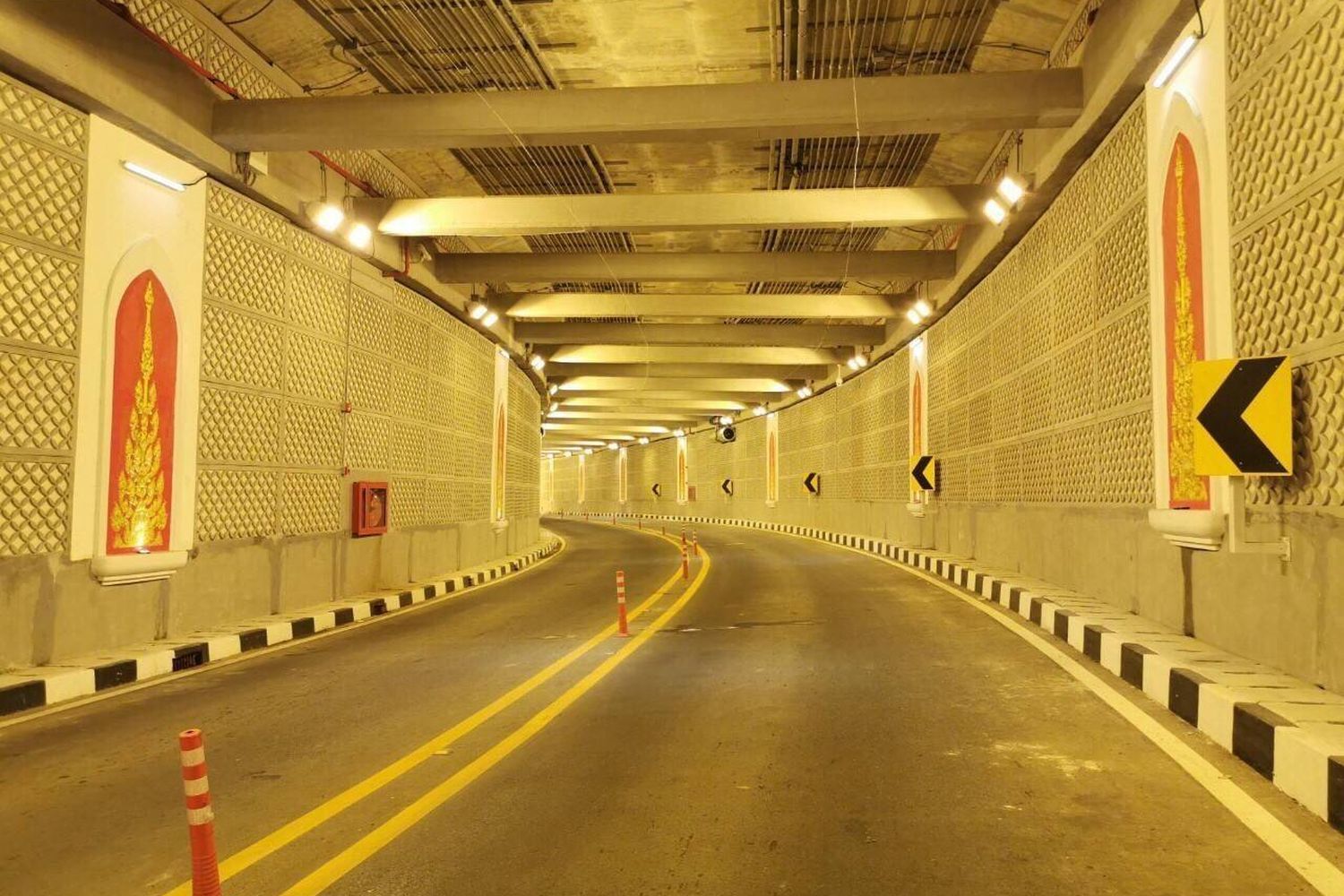 The tunnel has a control centre for electricity water-pumping, drainage, lighting, ventilation and safety equipment, as well as landscape works.

A roundabout and a clock tower with a sculpture shaped like a golden lotus at the top was also built, decorated by bas-relief carving of Luang Por Chaem, a former abbot of Wat Chaiyataram (Wat Chalong). It is supposed to be a new landmark of the resort island.

The other projects to ease traffic congestion in the tourist city are underpasses at Bang Ku (opened October 2017), Sam Kong (opened January 2016), Dara Samut (opened April 2007) and Sanam Bin (to be opened in October) junctions.

Phuket will also have a light-rail mass transit line soon. The Phuket airport-Chalong junction elevated and underground line is expected to serve 32,000 passengers a day and will have 21 stations — 19 at ground level, one above ground and one underground. It will take 70 minutes from the airport to the junction. 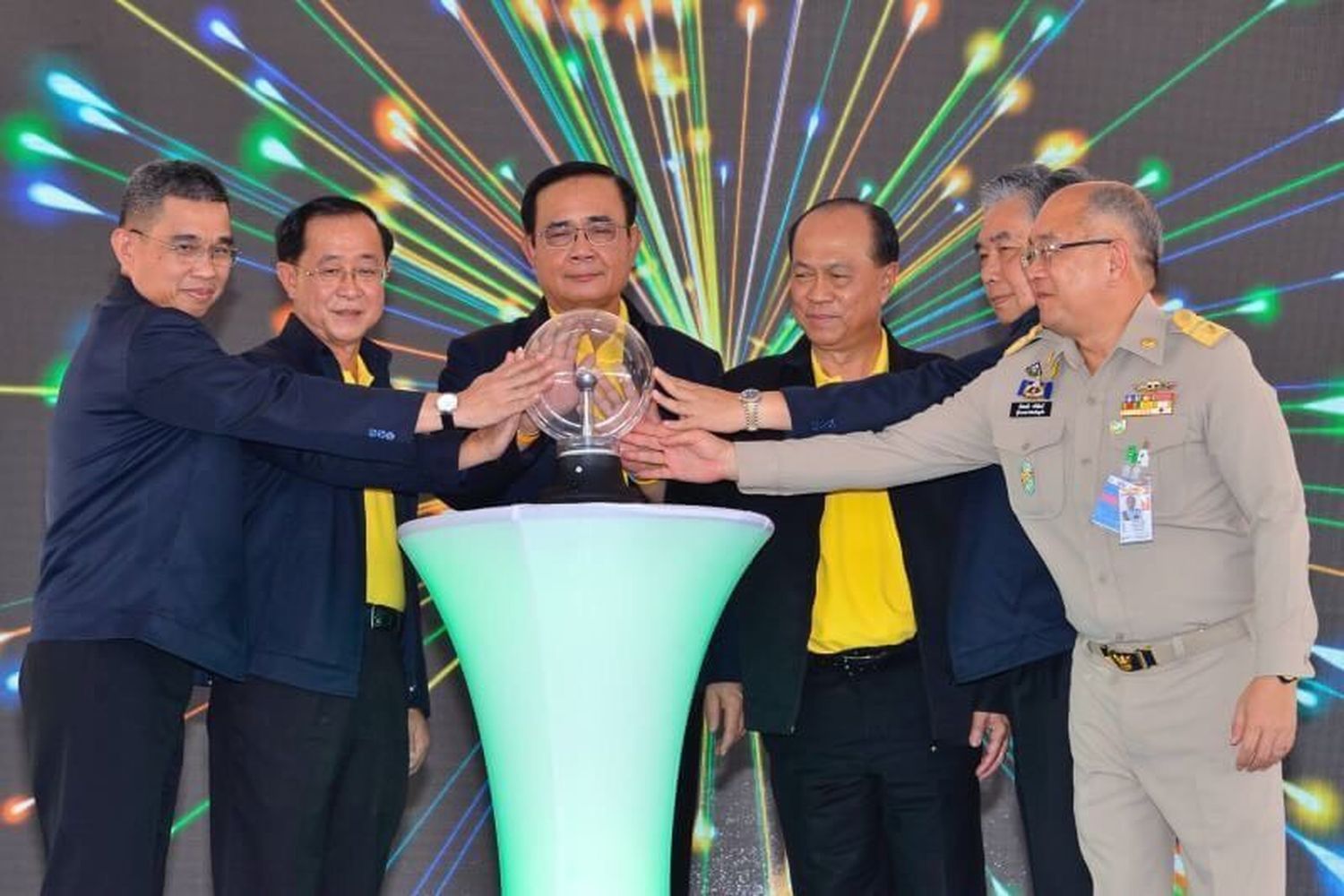 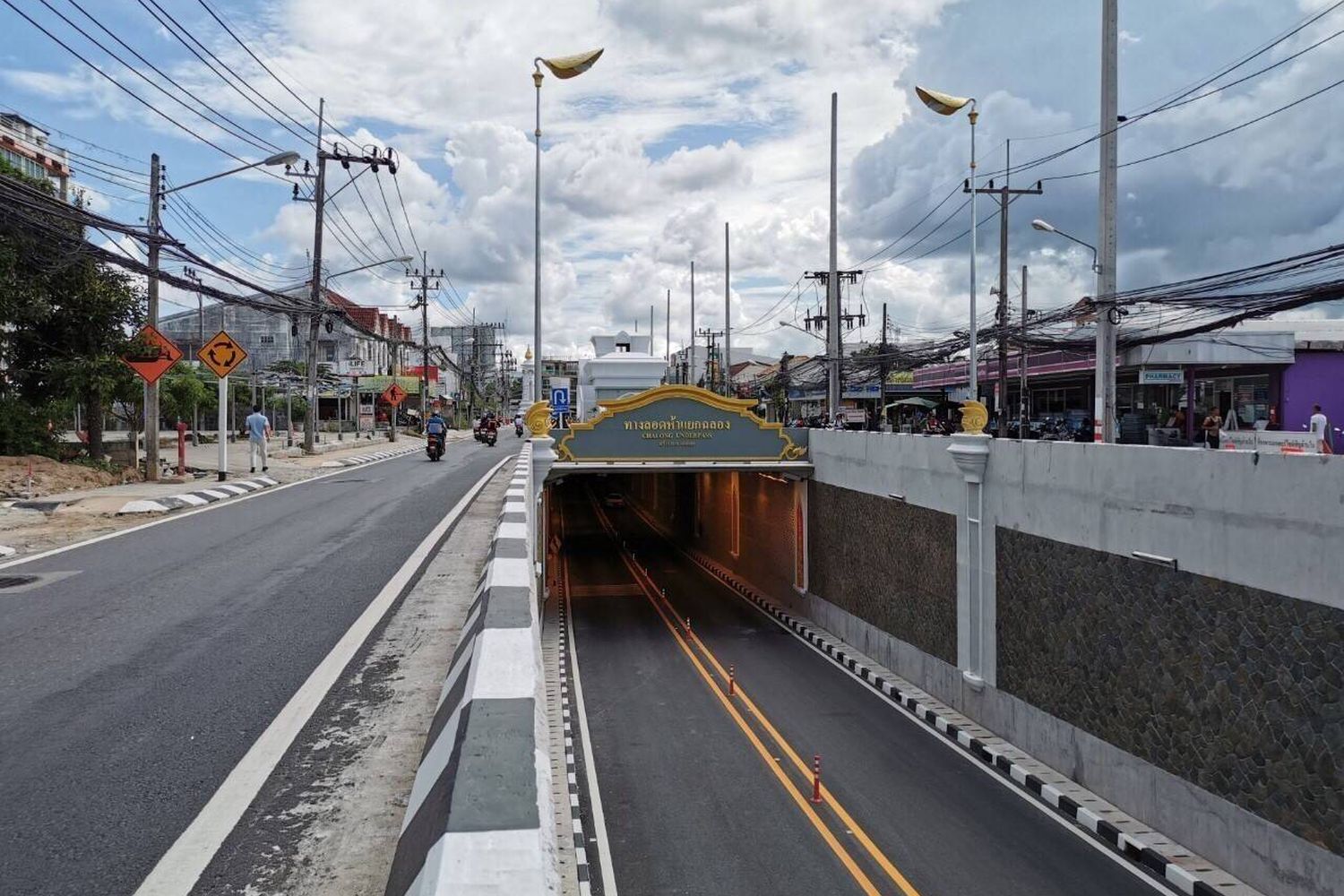 During his visit to Phuket, Gen Prayut also observed a tsunami response training exercise at the Phuket deep-sea port. Foreign disaster response volunteers took part in the drill. (Photo below) 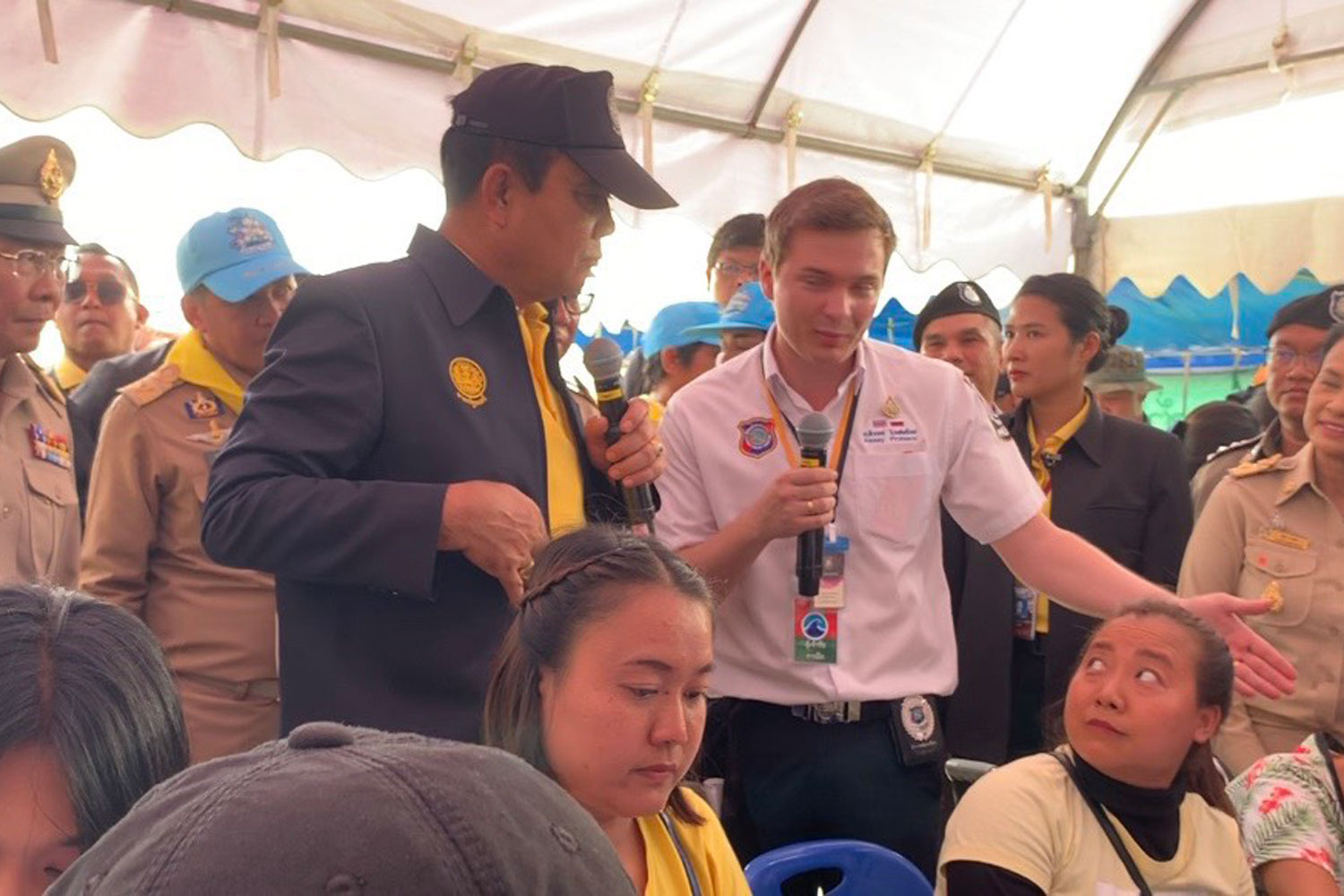