The scene of the food pavilion collapse in tambon Mae Klong of Muang district, Samut Songkhram, on Tuesday afternoon. The entire structure slid into the river. (Photo and video by the Samut Songkhram branch of the Public Relations Department)

SAMUT SONGKHRAM: A popular old food pavilion collapsed into the Mae Klong river in Muang district during lunch hour on Tuesday. Twenty-three people were hurt and three were missing.

The pavilion was reported to be decades old. It stood beside a ferry pier near Wat Phet Samut Worawihan and well-known Talad Rom Hub, or Mae Klong Railway Market, in tambon Mae Klong - until the entire structure slid down the bank and into the river about 12.45pm.

Rescue workers rushed to the scene, pulled 23 injured people from the river and sent them to a local hospital. The injured included a girl and a boy, according to the local branch of the Public Relations Department.

Divers were searching for two women and a schoolboy who were reported missing. They were identified as Mrs Sureeporn Urachuen, Miss Pornpilai Suealek and Khao Tu, a student at Wat Pom Kaew School in Muang district.

The Muang municipal office set up a disaster response centre at its auditorium to help victims. 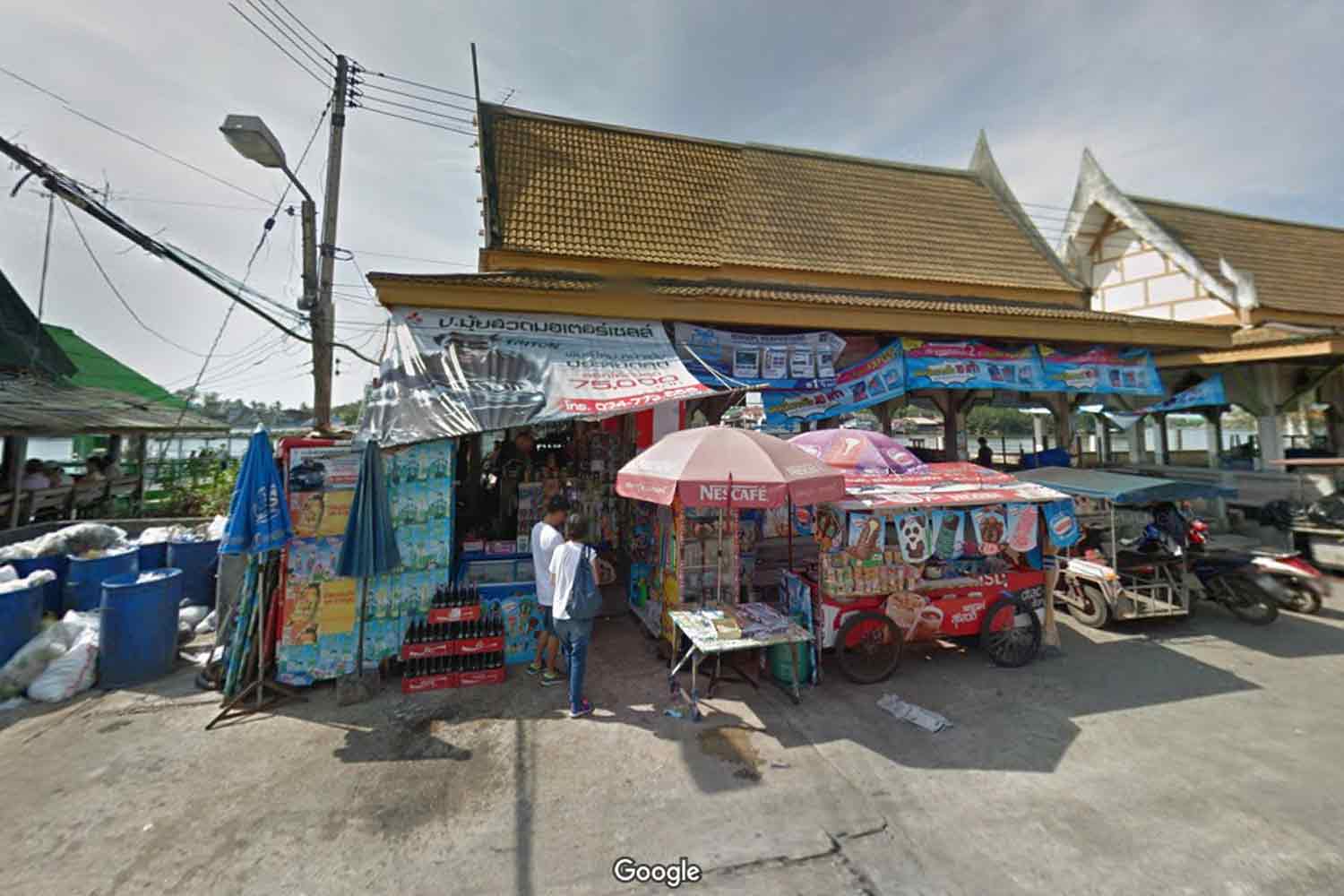 The pavilion before its collapse. (Capture from Google Street View)