Governor Wichian Chantharanothai on Saturday led officials to inspect the situation in the district and found rice on almost 200,000 rai have wilted and is on the verge of dying. Water sources in the district are running dry.

Unless it rains this month, the crops will be decimated, said the governor, adding that water trucks were sent to drought-hit areas to provide temporary relief. Some local residents said earlier that this month has been the driest July they have experienced in 40 years.

Mr Wichian said provincial authorities would begin paying compensation to affected farmers by the end of this month. If there is no rainfall, all paddy fields in Phimai district would be gone.

Affected farmers would be entitled to compensation payments of 1,113 baht per rai, said the governor.

So far, 40 villages in 10 districts of this northeastern province are reported to be facing a water shortage. The provincial disaster prevention and mitigation office has started cleaning up 86 unused artesian wells so that local residents could have access to more water.

The governor said the ongoing drought was the worst so far this year. He called on the people to prudently use water so thate everyone could get through the crisis.

Further east in Surin province, people took matters into their own hands in fighting the drought.

Thai media reported several people showed up at Huai Saneng on Saturday to dredge the canal of which water levels were at the lowest in 41 years and shouldn’t last a month. The canal is the main lifeline of the reservoir with the same name.

The residents, carrying shovels, hoes, baskets and sacks, arranged to meet earlier at a monument in Muang district for a ceremony to pray for rain and for good luck in their expedition.

A desk was also set up to accept donations for expenses for supplies such as petrol, shovels and other costs.

The people said they could not wait for help from authorities due to bureaucratic red tape. 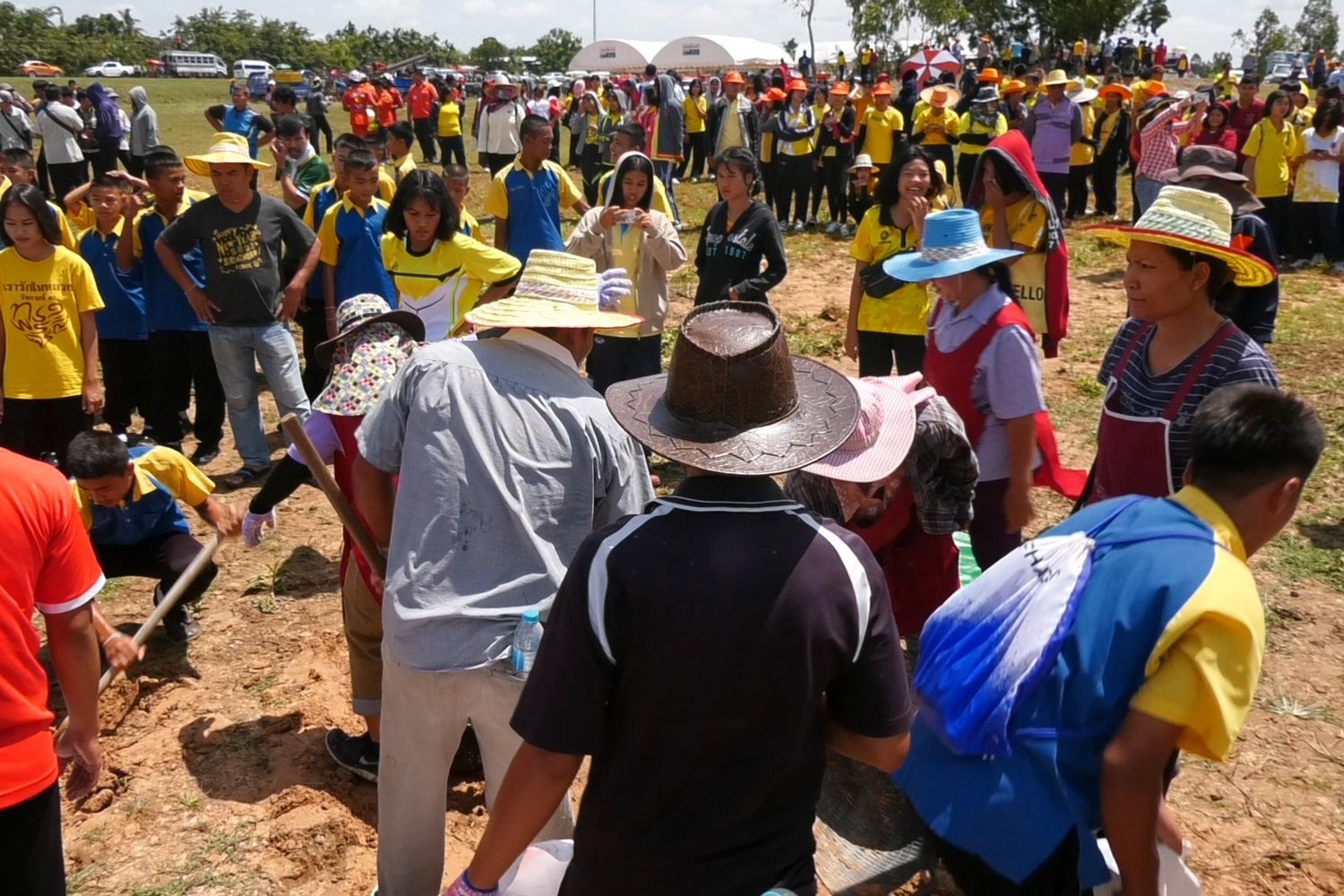 Surin people join hands in dredging a main canal after there is less than a month's worth of water left. (Post Today photo)