Fifty-seven illegal migrant workers from Myanmar are rounded up at a rubber plantation in Sadao district of Songkhla on Saturday. (Photo by Assawin Pakkawan)

SONGKHLA: Fifty-seven illegal migrant workers from Myanmar were arrested in a rubber plantation in Sadao district on Saturday while awaiting transport to Malaysia.

The 54 men and three women were rounded up at a plantation in Ban Mae Nam village, said police officers from an anti-human trafficking team.

A police investigation found that the migrants had been taken to the plantation in two groups. The first group, comprising 20 people, was taken three three days ago and the remaining 37 people arrived on Friday night.

They were told to wait for a new broker to take them to Malaysia as the old one, who was a Myanmar national, had been caught at a rented house with a group of 57 illegal migrants in Hat Yai district on July 3.

Despite a crackdown on human trafficking by Thai authorities over the past four years, the illegal trade has picked up again over the past six months because of growing demand for migrant workers in Malaysia’s agricultural and fishing sectors, a Thai security official said recently. 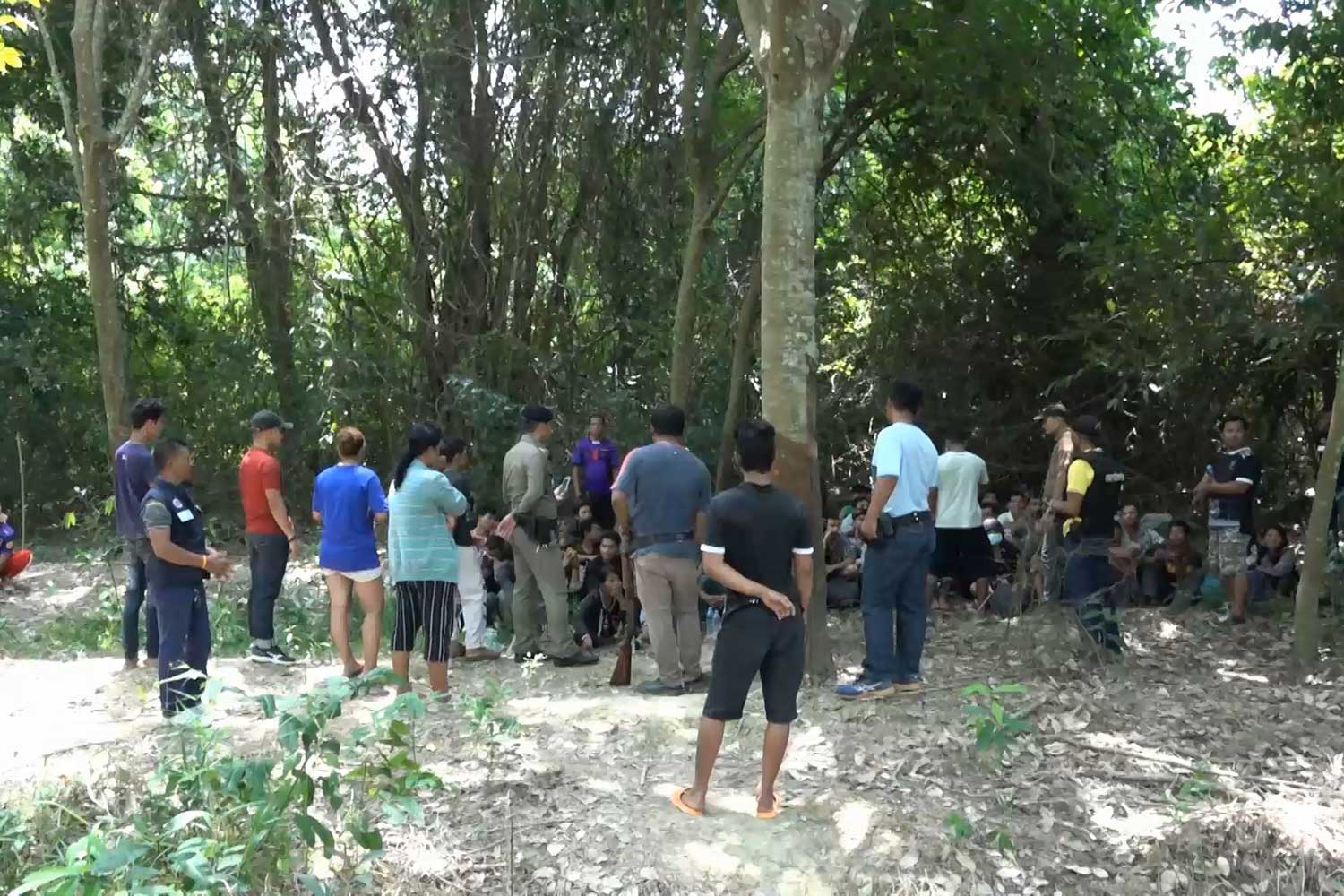 The illegal migrant workers were found hiding in a rubber plantation in Sadao district of Songkhla while awaiting transport to Malaysia.