The government is organising religious and celebratory events in Bangkok and nationwide to honour His Majesty the King on his 67th birthday on Sunday. 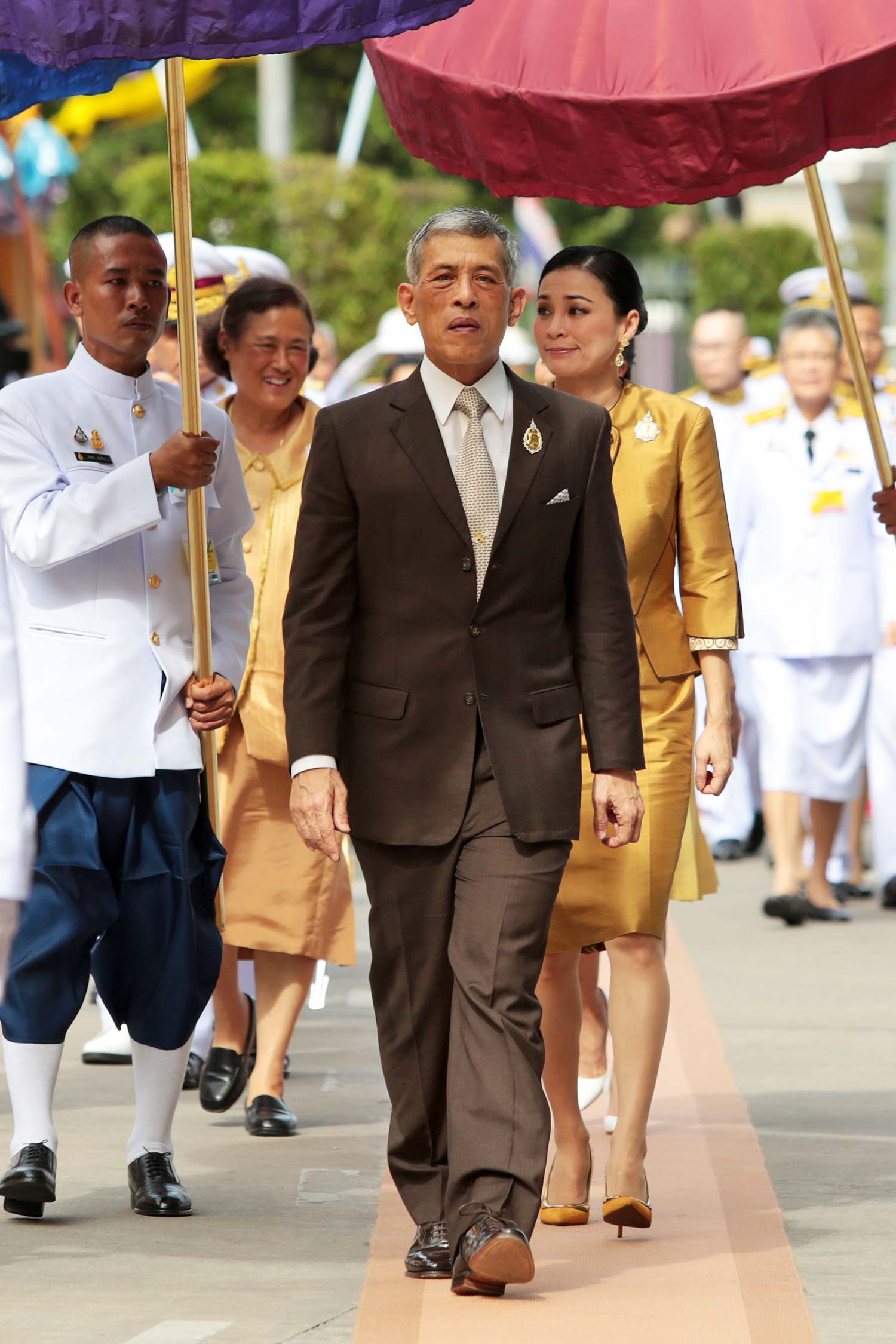 Royal welcome: Their Majesties the King and Queen, accompanied by Her Royal Highness Princess Bajrakitiyabha Narendiradebyavati, arrive at King Chulalongkorn Memorial Hospital to preside over the opening of Bhumisirimangalanusorn Building. Their Majesties were welcomed by Her Royal Highness Princess Maha Chakri Sirindhorn, the chairwoman of the Thai Red Cross Society which operates the hospital. (Photo by Chanat Katanyu)

Phatcharaphon Insiyong, permanent secretary at the PM's Office, said Prime Minister Prayut Chan-o-cha will lead government dignitaries and state officials in a rite offering alms to monks at 7am at Sanam Luang.

At 7.30pm, the Sanam Luang will illuminate as Gen Prayut presides over a mass candlelit ceremony paying tribute to His Majesty. Similar events will be held at the same time at town halls around the country and at embassies and consulate offices overseas.

US Chargé d'Affaires Peter Haymond said the United States Mission to the kingdom extends its warmest congratulations and wishes His Majesty good health and happiness.

Chinese Ambassador Lyu Jian also yesterday conveyed a wish for His Majesty's good health and long-lasting friendship for people of the two countries.

This morning, His Majesty the King will grant an audience to a congregation of royal family members and high ranking officials at the Amarindra Vinijaya Throne Hall inside the Grand Palace.

At the Sanam Luang this evening, drones will be deployed to perform synchronised messages commemorating His Majesty in the night sky.