CHON BURI: A seaside building containing 16 rooms for rent in Muang district subsided on Monday afternoon, forcing tenants to flee for their own safety. Nobody was injured.

The subsidence occurred at around 2pm at the two-storey structure in tambon Bang Sai, affecting all 16 rooms in the building.

Loud cracking noises caused panic among tenants in their rooms before the building subsided. They ran out for their own safety, Thai media reported.

Chon Buri governor Pakkhathorn Thianchai led officials to inspect the damage. The building was constructed on muddy soil more than 10 years ago, said the governor after talking with its owner.

The site was declared off-limits for fear of possible collapse. Concerned agencies were to examine the structure. 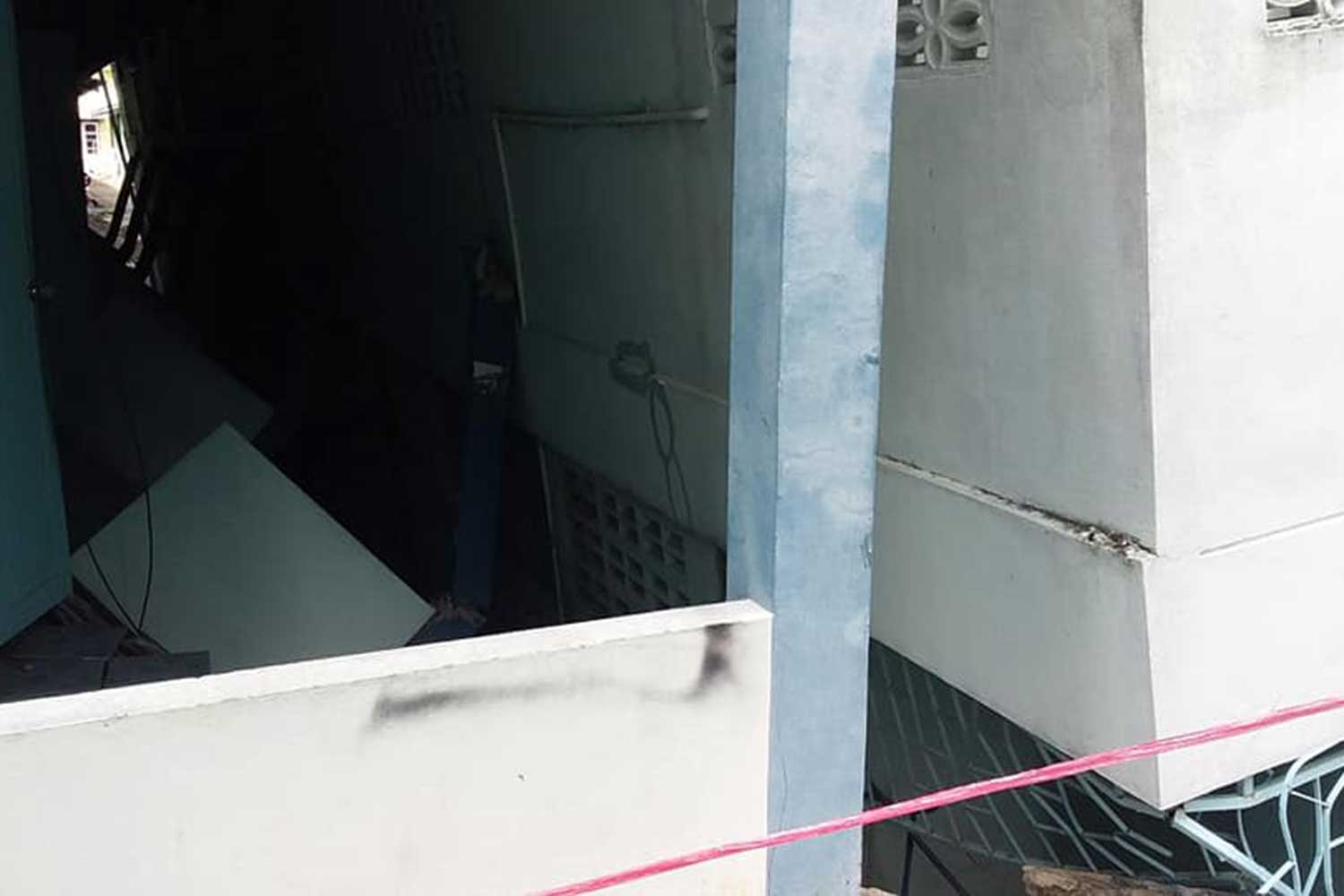 Cracks are visibile in all 16 rooms in the building. (Photo taken from @ChonburiPr Facebook page)