The navy addresses lingering questions over its controversial submarine purchase plan at a press conference in 2017. (File photo by Wichan Charoenkiatpakul)

The Royal Thai Navy will press ahead with its plan to buy a second submarine worth 12 billion baht from China, according to a navy source.

The navy is waiting for parliament to approve the government's 2020 fiscal budget bill which is expected to be submitted for deliberation before the purchase can be made, the source said.

Under the previous coup-installed government, the cabinet agreed in principle with the navy's plan to buy three submarines from China as part of a 36-billion-baht procurement plan.

This was in line with a regulation which indicates that a proposal for a committed budget running for more than five years must be sought from the cabinet within 60 days of the fiscal budget being adopted.

On April 18, 2017, the cabinet approved the first purchase of a Yuan Class S26T submarine worth 13.5 billion baht from China.

The navy and China Shipbuilding & Offshore International Co signed the procurement contract in China on May 4, 2017.

Payment for the first submarine is divided into seven instalments.

The navy committed to paying 700 million in the first instalment in 2017 and then two billion baht annually from 2018 until 2023.

Construction began on Sept 7 last year in China, and it is expected to be finished and delivered to the navy in the middle of 2023, the source said.

Plans to acquire submarines have gained new life since the 2014 coup after the navy struggled for years to persuade governments to purchase six second-hand submarines from Germany.

There have been no submarine purchases for more than 60 years and the navy says Thailand needs modern submarines to protect its maritime territorial interests.

They will be stationed in both the Gulf of Thailand and the Andaman Sea.

In 2011, the navy wanted to buy six German-made second-hand submarines at a cost of 7.7 billion baht, but the plan was shot down by the then Yingluck Shinawatra government.

However, things improved for the navy after the 2014 coup. 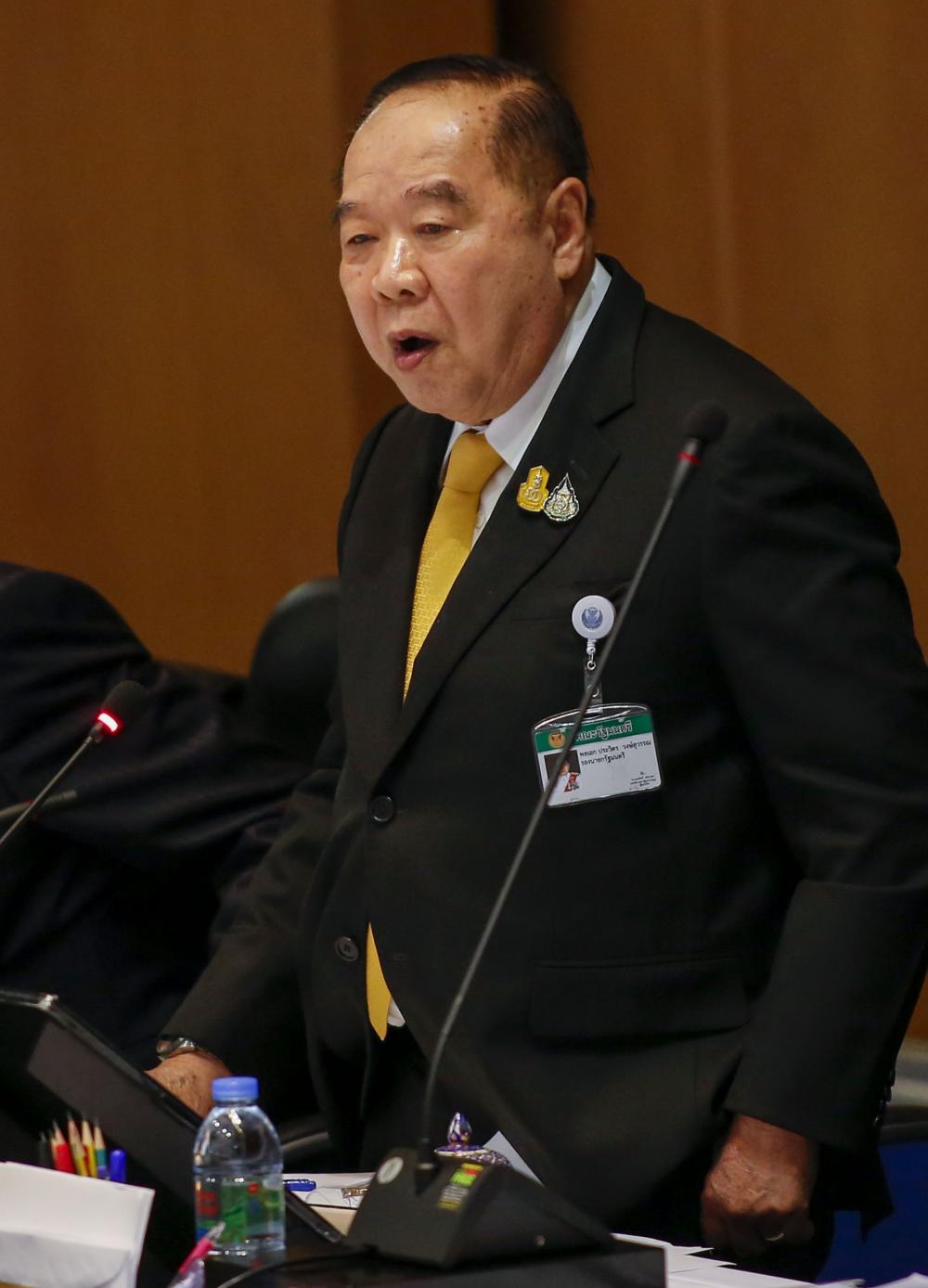 In 2015, a source quoted then defence minister Gen Prawit Wongsuwon as saying that if submarines were not bought under that government, they might never be bought at all.

The source added that the navy also plans to buy a new landing platform dock ship worth about 4 billion baht from China to help ease the burden on HTMS Angthong, the navy's only existing amphibious transport dock, which has undertaken numerous missions.

The ship was built in Singapore at a cost of 4.9 billion baht.

The source said that the navy wants to buy the second landing platform dock ship from China because it will cost less than HTMS Angthong.

The source also said that after the 2019 law on protecting marine security was enacted, the navy will set up 12 more agencies as part of a restructure to prepare for the wider scope of its task.

The source said Gen Prayut, who succeeds former defence minister Prawit, will hold "unofficial talks" with armed forces chiefs about the reshuffle, which is scheduled to be finished by the middle of next month.

The Food and Drug Administration has said it was following the latest approved safety information when it extended the shelf life of some batches of Pfizer Covid-19 vaccine to 15 months from nine.