The new transport minister says he will increase the speed limit to 120 kilometres per hour from 80km/h and restrict the time transport lorries can use Bangkok roads to four hours a day.

Saksayam Chidchob told reporters on Tuesday evening one of his urgent policies was to solve traffic congestion.

“We’ll start with raising the speed limit on four-lane roads nationwide to 120km/h from 80km/h and 90km/h on motorways,” he said.

The new speed limit will apply to passenger cars and public transport vehicles, including vans, buses and taxis, he said.

He added in any case the policy must be based on safety and related agencies must first conduct a comprehensive study to make sure the change would not increase the number of road accidents.

“Most accidents occur on two-lane roads. Increasing the speed limit will add flexibility.” (continued below) 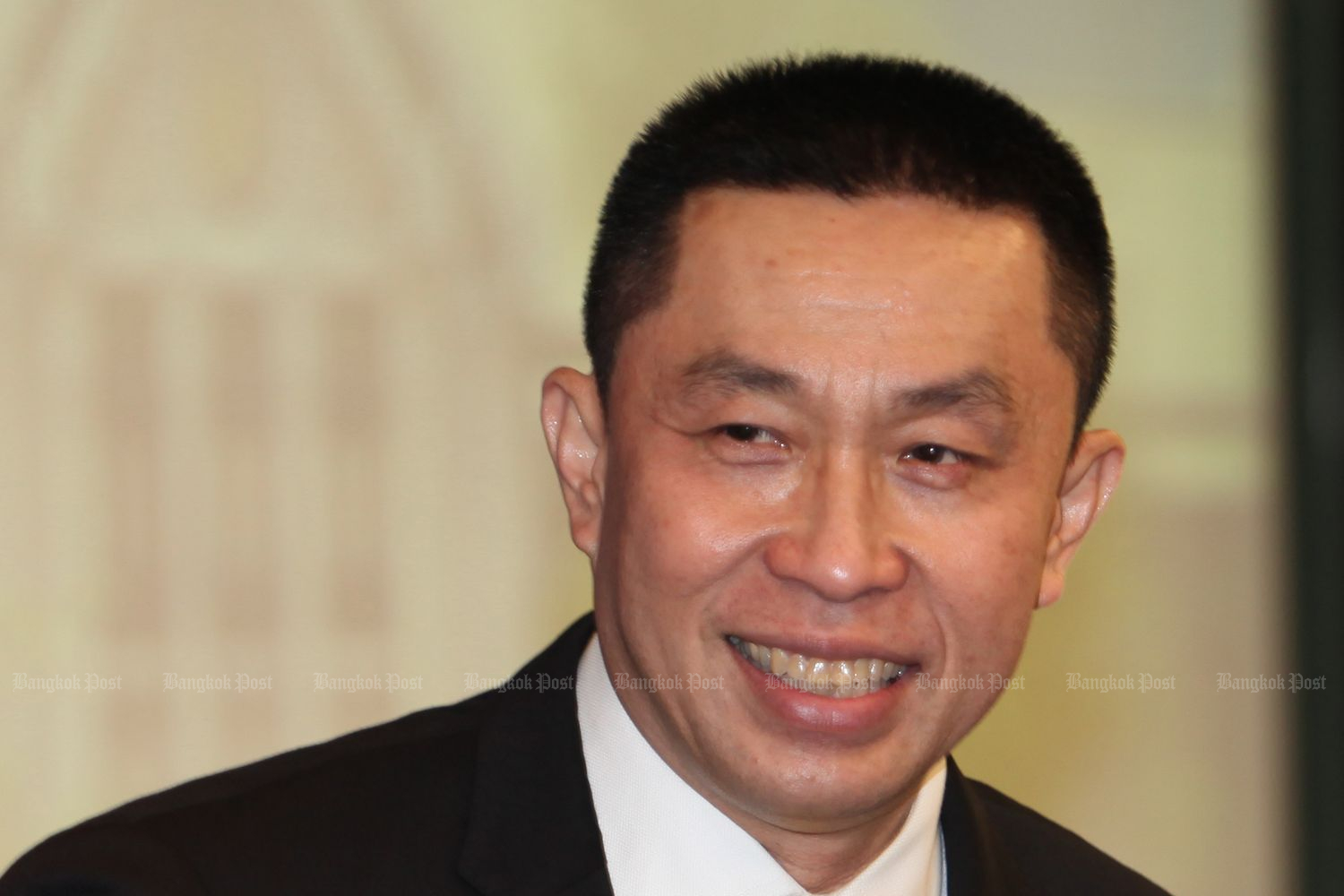 “We’ll start with raising the speed limit on four-lane roads nationwide to 120km/h from 80km/h and 90km/h on motorways,” says Mr Saksayam. (Photo by Apichart Jinakul)

The Transport Ministry will consult with the National Thai Police to reach an understanding before a ministerial regulation on the change is issued, said Mr Saksayam, a brother of veteran former Buri Ram MP Newin.

Another measure to ease traffic jams is to ban transport lorries in Bangkok except from midnight to 4am everyday.

Mr Saksayam claimed this was the policy used in most countries and Thailand should try adopting it.

Transport permanent-secretary Chaiwat Thongkamkoon said the speed limit change would take effect after the ministerial regulation came out but it would not apply to all four-lane roads.

“We will take into consideration road conditions and shapes,” he said.

As for the transport lorry ban, he said a proposal would first be submitted to the transport and traffic policy and planning meeting for approval.

Earlier, Mr Saksayam, third on Bhumjaithai party list, announced he would cut mass transit fares to a flat 15 baht but did not say how to achieve it.