Thai fishermen on one of two trawlers off Somalia are waiting for help from the government to bring them home.

BURI RAM/BANGKOK: The mothers of two fishing crew members -- unpaid and short of food and water -- on two trawlers off the Somalian coast have turned to the government to bring their sons home.

Nareerat Numnuansri on Sunday called for government help to end the plight of her son, Sitthichai, who is one of 50 Thai fishermen desperately waiting for the rescue.

"I never expected my son to be in such poor circumstances," she said at her home in Lahan Sai district of Buri Ram province after watching an image showing her son and other friends on the boats.

Mrs Nareerat said her son decided to go to Somalia — his first overseas job — due to an attractive salary that would support the family.

The Thai fishermen worked on the Wadani 1 and Wadani 2 boats now off the Bosaso coast of Somalia.

Their plight came to light when Chingchai Chararum, also from Lahan Sai, made a video call to Ongkaratch Saiphan, his friend from the same village of Ban Khon Mai who works on Phuket island, to help him and his colleagues.

"They're not being paid. The boats are running out of gas and food," Mr Ongkaratch said. There are about 50 Thais on the boats and another 10 from other countries, he added. 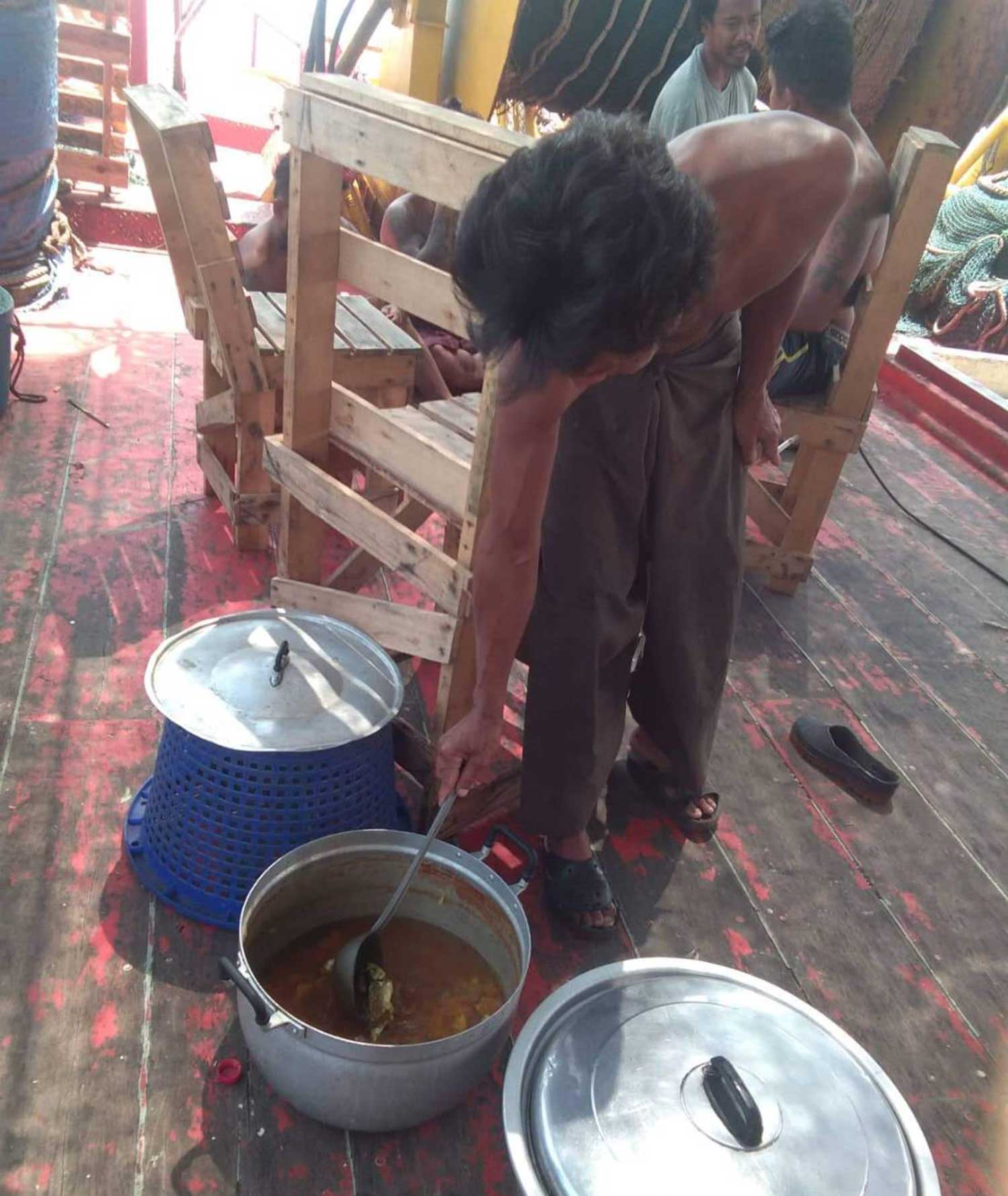 The fishermen cook on the boat but are running out of food and other supplies, including fresh water.

The Thai embassy in Kenya, which also oversees Somalia, reported earlier that their wages were overdue but the employer gave part of the payments on Friday.

Mrs Jeerapha said she was very worried about her son, Chingchai, about the lack of food and water and his safety. "I just want my son to come home safe. I don't care about the money," she said.

The fishing boat crew members are working under a two-year contract with an Iranian employer starting from Oct 27 last year, according to Labour Ministry information. They have not received wages for four months and 17 of them have complained about their miserable condtions on social media, the ministry added.

The embassy said the fishermen insisted on their return to Thailand after receiving part of their wages.

Mrs Jeerapha said a job recruiter had approached her son at the village to work in Somalia, promising 15,000 baht a month. He left for the African country with 12 other friends from the same village.

The embassy said earlier that they fished in Iran before entering Somalian waters.

Labour Minister M.R. Chatu Mongkol Sonakul on Sunday ordered the chiefs of the provincial labour offices and provincial employment offices to meet the families of the fishermen to ease their fears about the safety of their sons.

The minister said the government is trying to secure their return from Somalia.