Police at the crash scene in Lampang's Ko Kha district on Tuesday morning. Two Myanmar workers were killed and eight other people, including the driver, injured. (Photo: Assawin Pinitwong)

LAMPANG: Two Myanmar workers were killed and eight other people injured when a van taking them to Chiang Rai ran off the road and hit a tree on the centre divider in Ko Kha district of Lampang in the early hours of Tuesday.

Police and rescue workers arriving at the scene found a white van with Samut Sakhon licence plates crumpled up against a tree in the centre ditch.

The driver and seven Myanmar passengers, six men and a woman, were injured and trapped in the wreckage. They were freed and rushed to Ko Kha hospital. Two other Myanmar men were found dead  in the wreck. They were identified as Maung Ngo, 49, and Myo Naing, 44, police said.

The injured van driver Phitsanu Sitsungnoen, 36, told police he was taking the migrant workers from Tak province to Chiang Rai and fell asleep at the wheel.

The injured passengers were all wearing T-shirts bearing the company name Golden Family.

Police said they would investigate the driver further. 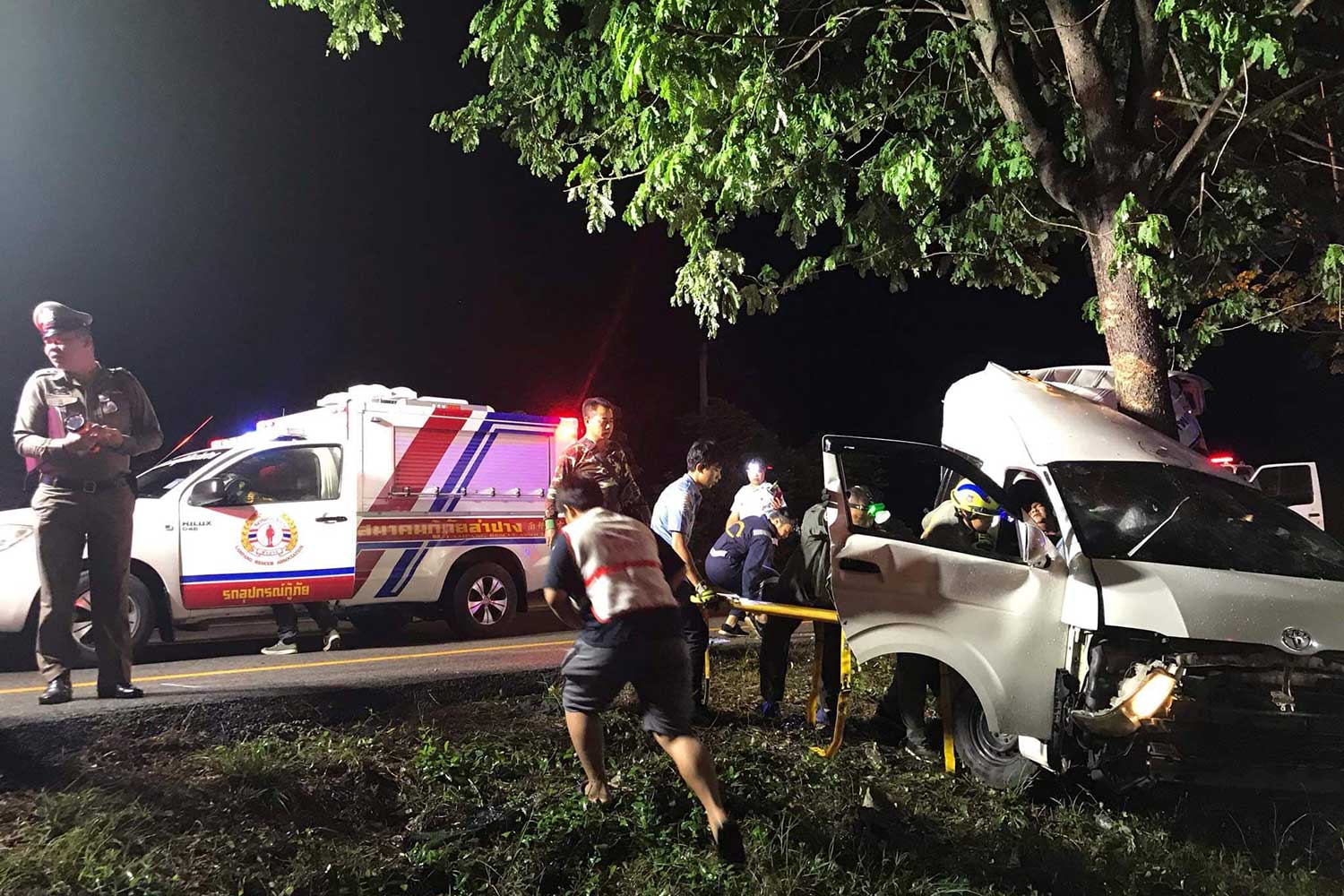 CHIANG MAI: Authorities have confirmed 186 new Covid-19 cases in this northern province, raising the total from the recent outbreak this month to 381.