Six cars of train No.255 from Thon Buri to Lang Suan station jumped off the southern track in Cha-am district of Phetchaburi province on Monday. (Photo by Chaiwat Satyaem)

Travellers on rail services between Bangkok and the South were experiencing delays after a passenger train jumped off the tracks in Cha-am district of Phetchaburi province around noon on Monday.

The State Railway of Thailand  said train No.255 from Thon Buri to Lang Suan station in Chumphon province derailed at 12.04pm after leaving Huay Sai Tai station in Cha-am. There were no injuries reported.

Six carriages jumped off the rails. Work gangs and heavy moving equipment were at the scene to put the carriages back on the tracks.

Prasong Komut, the Hua Hin station master, said the derailment could have been caused by the theft of  pins fixing the tracks to the sleepers. Some were found to be missing from the tracks.

Trains in both directions were affected. He expected normal services would resume around 7pm. 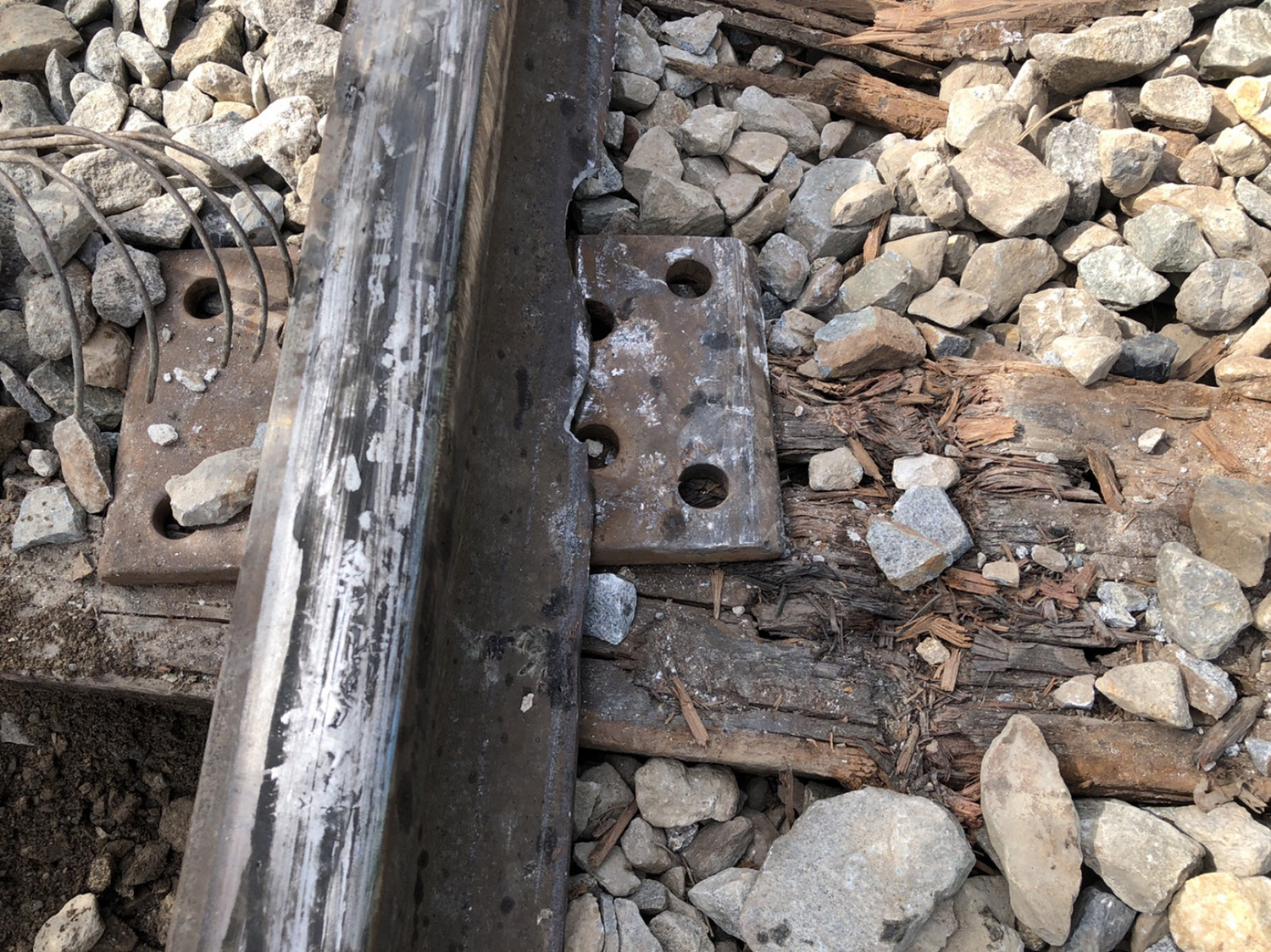 Railway pins are found missing on the track where the train derailed. (Photo by Chaiwat Satyaem)