The fastening screws and base plates used to hold the tracks on the sleepers are missing on this section of track near Monday's derailment in Cha-am district, Phetchaburi. (Photo taken from @pr.railway Facebook page)

The owner of a scrap metal shop has been arrested for the theft of rail track screws and base plates that caused a passenger train derailment in Petchaburi province on Monday, blocking the main southern line for 12 hours.

The State Railway of Thailand said on Tuesday the derailment of train No.255, en route from Thon Buri to Lang Suan station in Chumphon province, was caused by missing screws and plates used to fasten the rails to the sleepers.

Six carriages of the train jumped the tracks about noon on Monday between Huay Sai Tai station and Hua Hin station. There were no injuries reported.  Rail services between Bangkok and the South did not resume until around midnight. 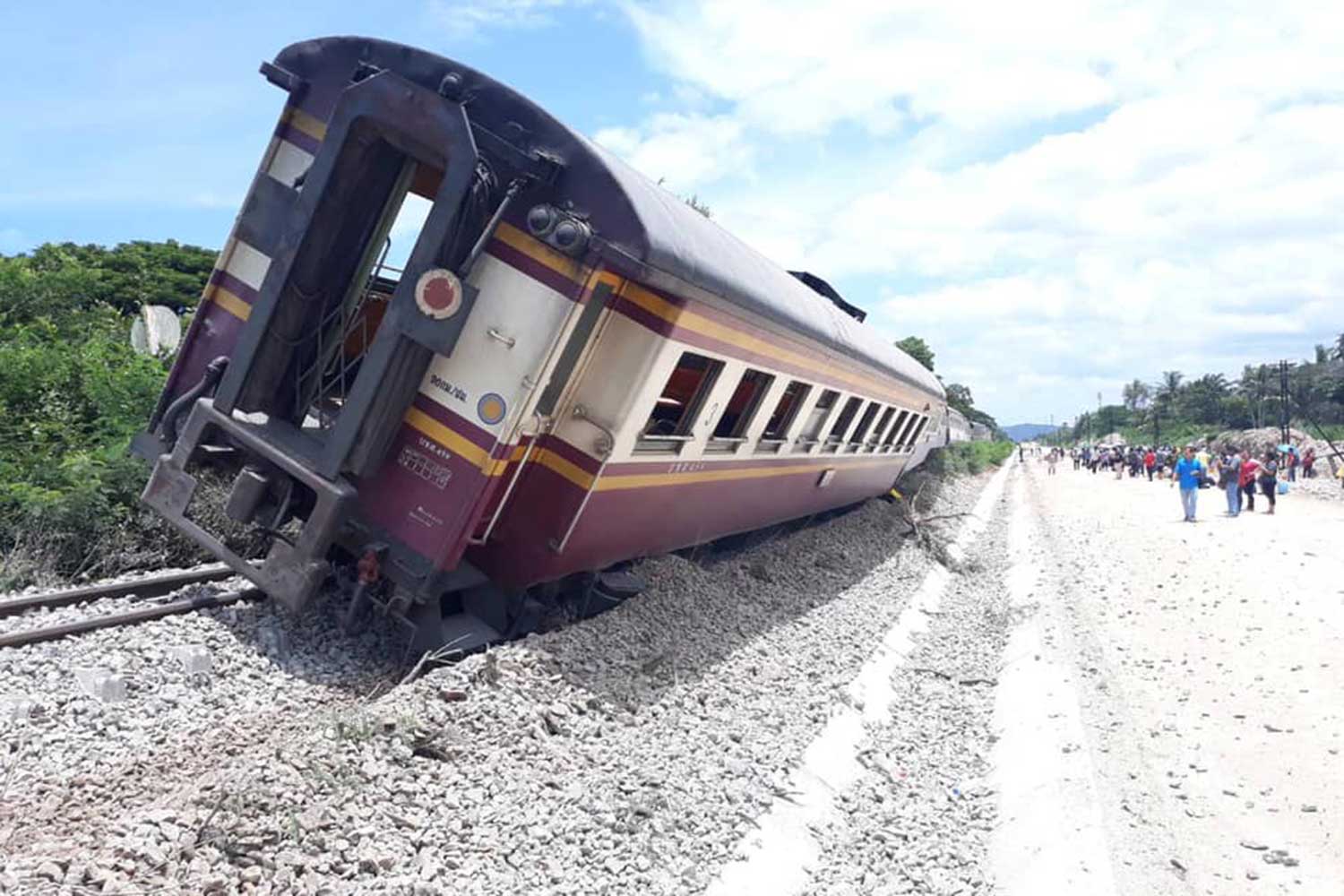 Six carriages of train No.255 from Thon Buri to Lang Suan station lie askew after they derailed in Cha-am district, Phetchaburi province around noon on Monday. (Photo taken from @pr.railway Facebook page)

Worawut Mala, acting SRT governor, said an inspection found 168 rail fastening screws and 40 base plates had been stolen and 340 sleepers damaged over a distance of 342 metres. He had ordered railway officials to file a police complaint.

Owner Supachai Padsri was taken into police custody for colluding in theft and receiving stolen items.

According to police, Mr Supachai said a person had brought the items to his shop for sale a few days ago. He was busy at the time and did not ask to see the seller's ID card when he bought them.

He denied all charges. 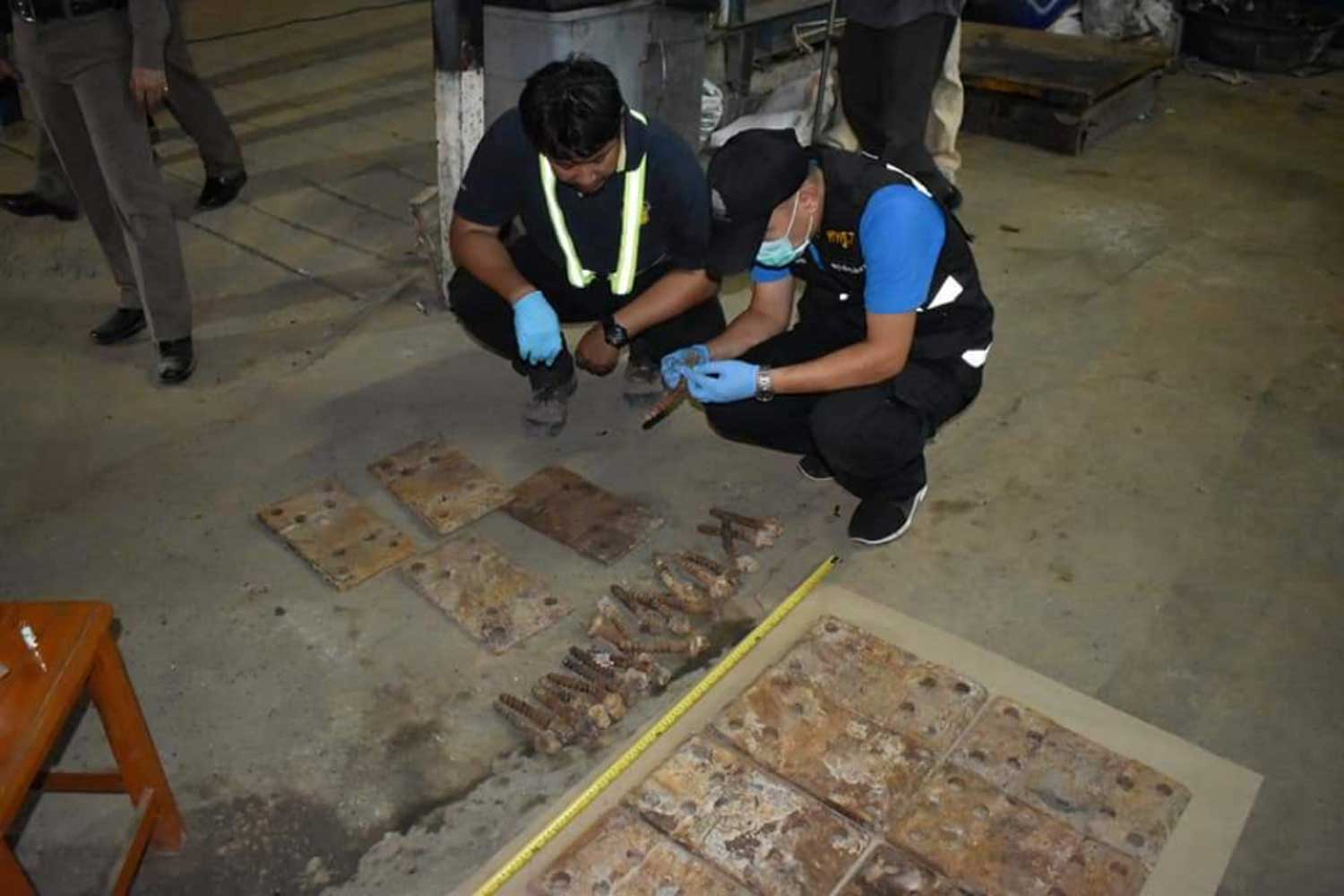 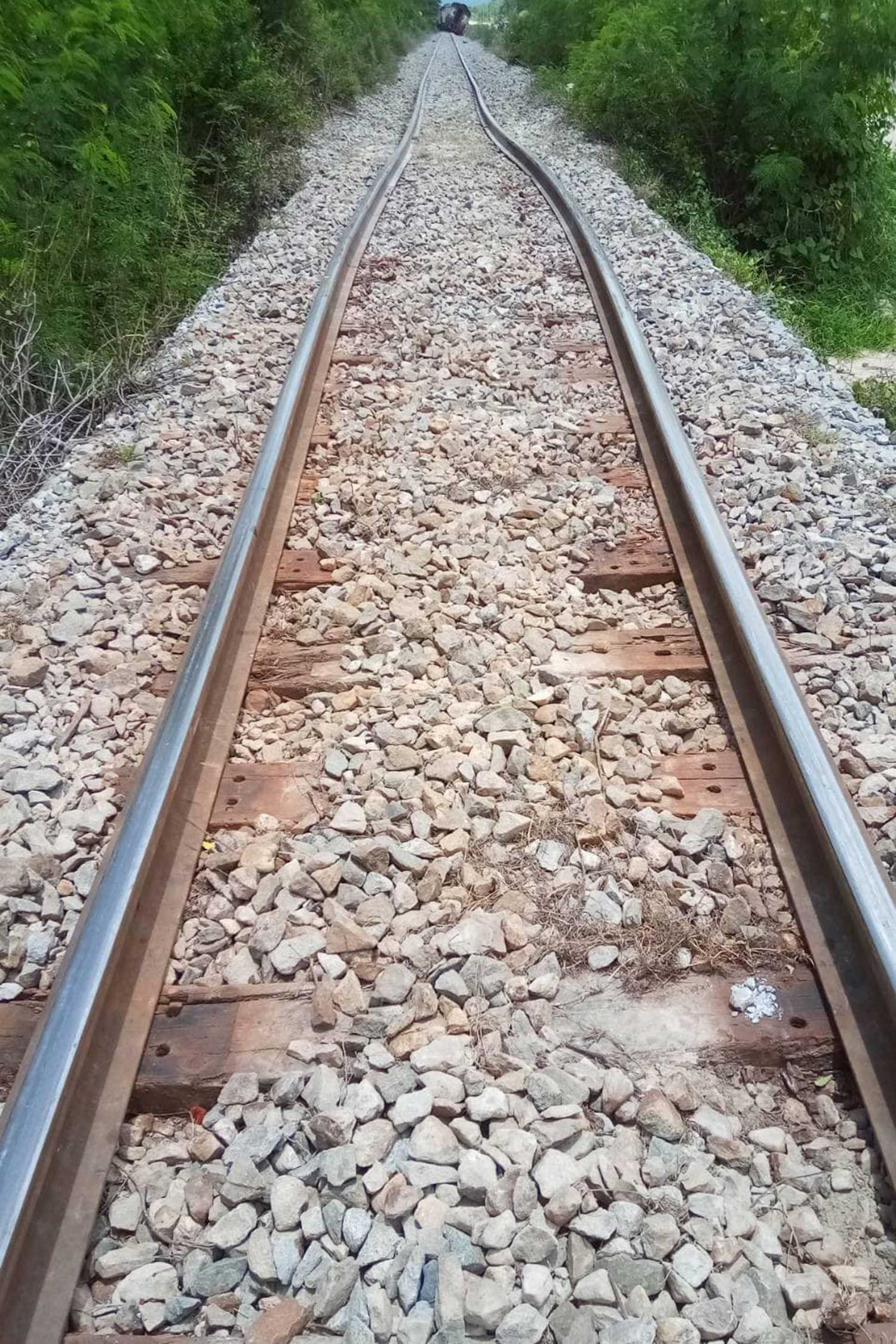 The fastening screws and base plates used to hold the tracks on the sleepers are missing on this section of track near Monday's derailment.. (Photo taken from @pr.railway Facebook page)