His Majesty the King has adopted 13 Great Danes, aged five months to two years, rescued after being poorly cared for by a breeder in Pathum Thani, the Department of Livestock Development (DLD) says.

Some animal husbandry officers from the Bureau of the Royal Household, and Somchuan Rattanamangkhalanon, deputy director-general of the department, visited Pathum Thani's livestock office to pick up the 13 dogs -- five males and eight females -- to be nursed at Kasetsart University's animal hospital.

Three of the 13 dogs still required special care and attention due to their severe physical weakness after having been left without feeding for a long time before they were rescued on Tuesday, said Mr Somchuan.

The dogs have gained better physical strength after being nursed at livestock office, he said, adding the animals are expected to require a couple of weeks to fully recover from their physical condition.

His Majesty the King has adopted these dogs and they will be taken care of at the bureau's dog care centre after they recover, Mr Somchuan said. 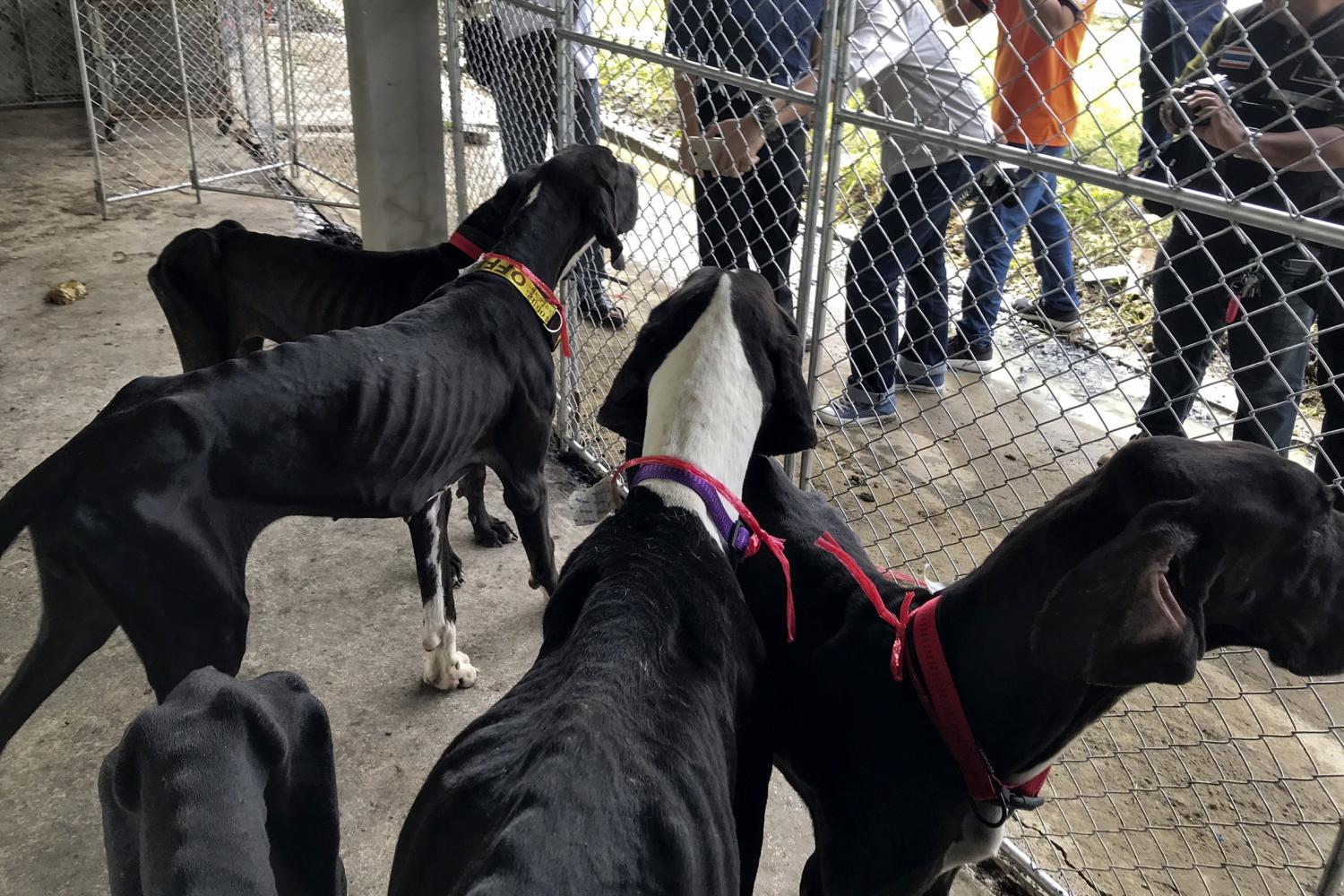 Animal husbandry officers from the Bureau of the Royal Household arrive at Pathum Thani's livestock office to pick up 13 dogs. Pongpat Wongyala

On Tuesday, Sorawit Thanito, director-general of the DLD, said officers had rescued the dogs from a house in Lat Lum Kaeo district after receiving a tip-off submitted via the department's DLD 4.0 smartphone application about them being abandoned at the house.

The dogs were bred and raised for sale but after their owner could not sell the dogs and ran out of money they were abandoned in cages at the house without food, said Mr Sorawit, citing information provided by a caretaker who was at the house when livestock authorities visited.

The caretaker allowed authorities to take the dogs away, he said.

The dog breeder will face animal cruelty charges, he said.

The department is urging members of the public to be vigilant about acts of animal cruelty and report them to the department via the DLD 4.0 application, he said.

It is not known how long the animals were without food.