Smell of burning before truck exploded in flames at NGV station

Flames destroy a loaded trailer truck that was filling up at a PTT NGV station in Khlong Luang district, Pathum Thani province in the early hours of Thursday. (Photo by Pongpat Wongyala)

PATHUM THANI: An NGV filling station employee told police he noticed a smell like something burning shortly before a trailer truck exploded in flames early on Thursday.

The incident occurred at the PTT’s Srisomboonpattana filling station near the motorway in tambon Khlong Si about 3.30am, said Pol Lt Supanat Bunditthai.

The trailer truck was already engulfed in flames when six fire trucks and crews arrived.

It took them about 20 minutes to extinguish the blaze. The truck, trailer and cargo were destroyed and the PTT outlet severely damaged, but there were no injuries reported.

The PTT employee told police he noticed a smell like something burning when the truck pulled in and the driver said to top it up with gas.

Shortly afterwards flames erupted from around the rear wheels.

The man told police he had not yet opened the gas valve and went to talk to the driver, who had just got down from the truck.

Suddenly, flames erupted from the rear wheels of the truck and spread quickly to a tarpaulin covering the cargo, which was mostly plastic and tissue paper products.

He and the driver tried to put put the flames with a fire extinguisher, to no avail. He called out to other staff to switch off the gas delivery system, and call police.

Driver Chamnarn Chachamnarn, 57, told police he was taking cargo from Makro’s Wang Noi warehouse in Ayutthaya to a warehouse in Bangkok’s Ram Intra. It was raining and he pulled into the NGV station, intending to top up and rest.

While still filing up with gas, the truck suddenly caught fire. He jumped from the cab and fled the vehicle. The flames quickly spread around the wheels and the NGV gas nozzle. He and PTT employees tried unsuccessfully to extinguish the flames before fire crews arrived.

The driver was being questioned further. Forensic officers were at the scene to help establish the cause of the fire.  The investigation was cotinuing. 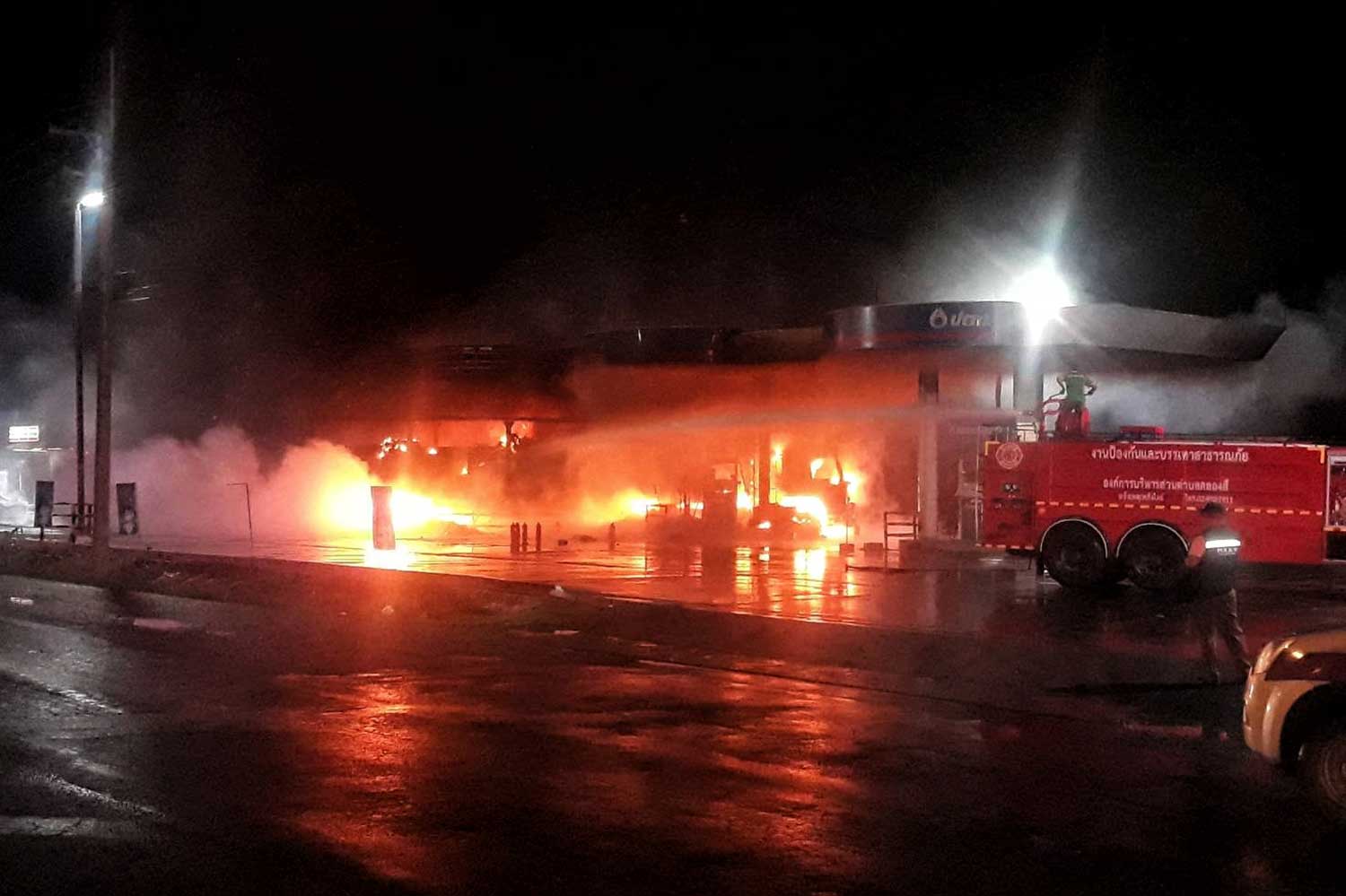 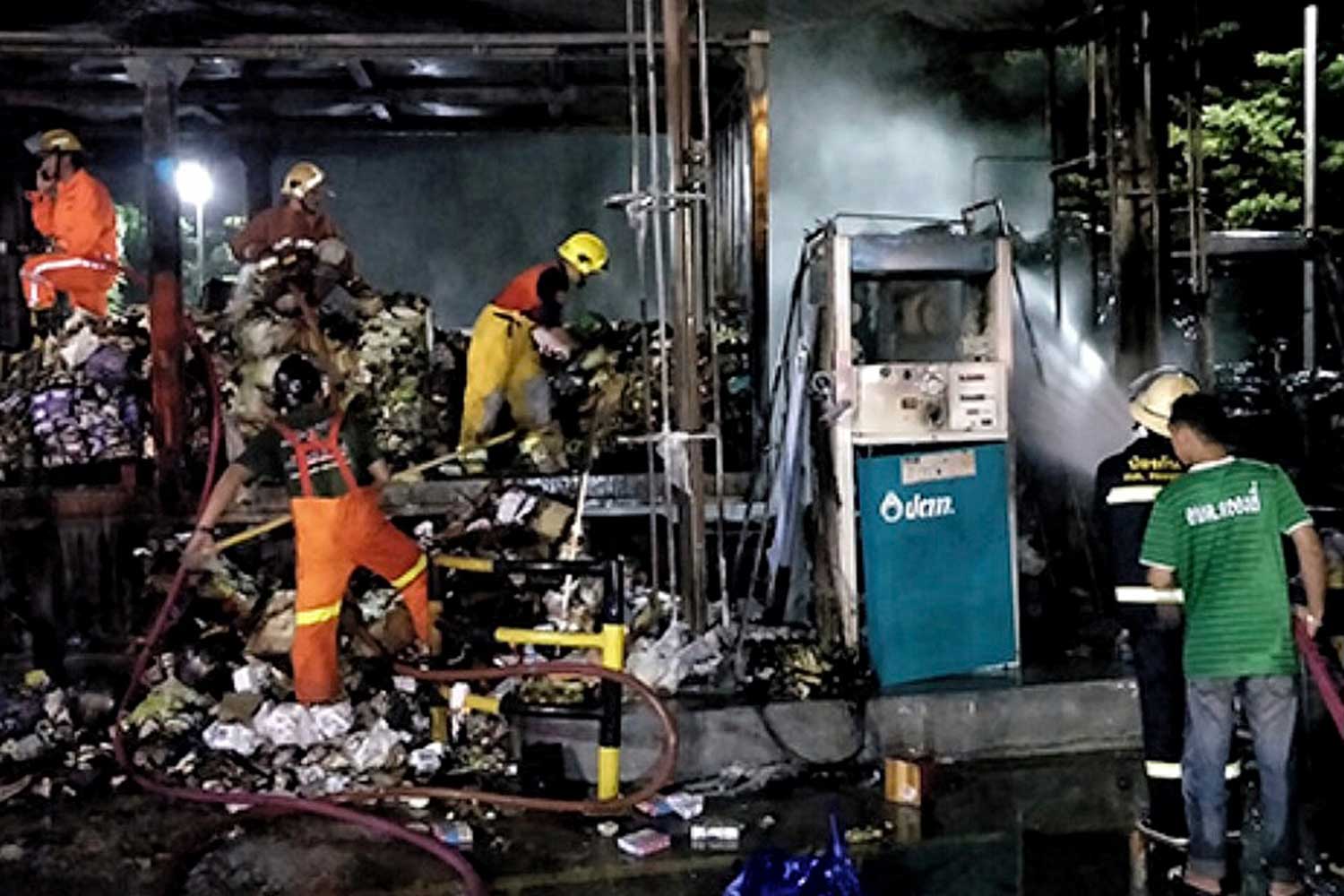 Damage to  the PTT station, with the giutted truck behind. (Photo by Pongpat Wongyala) 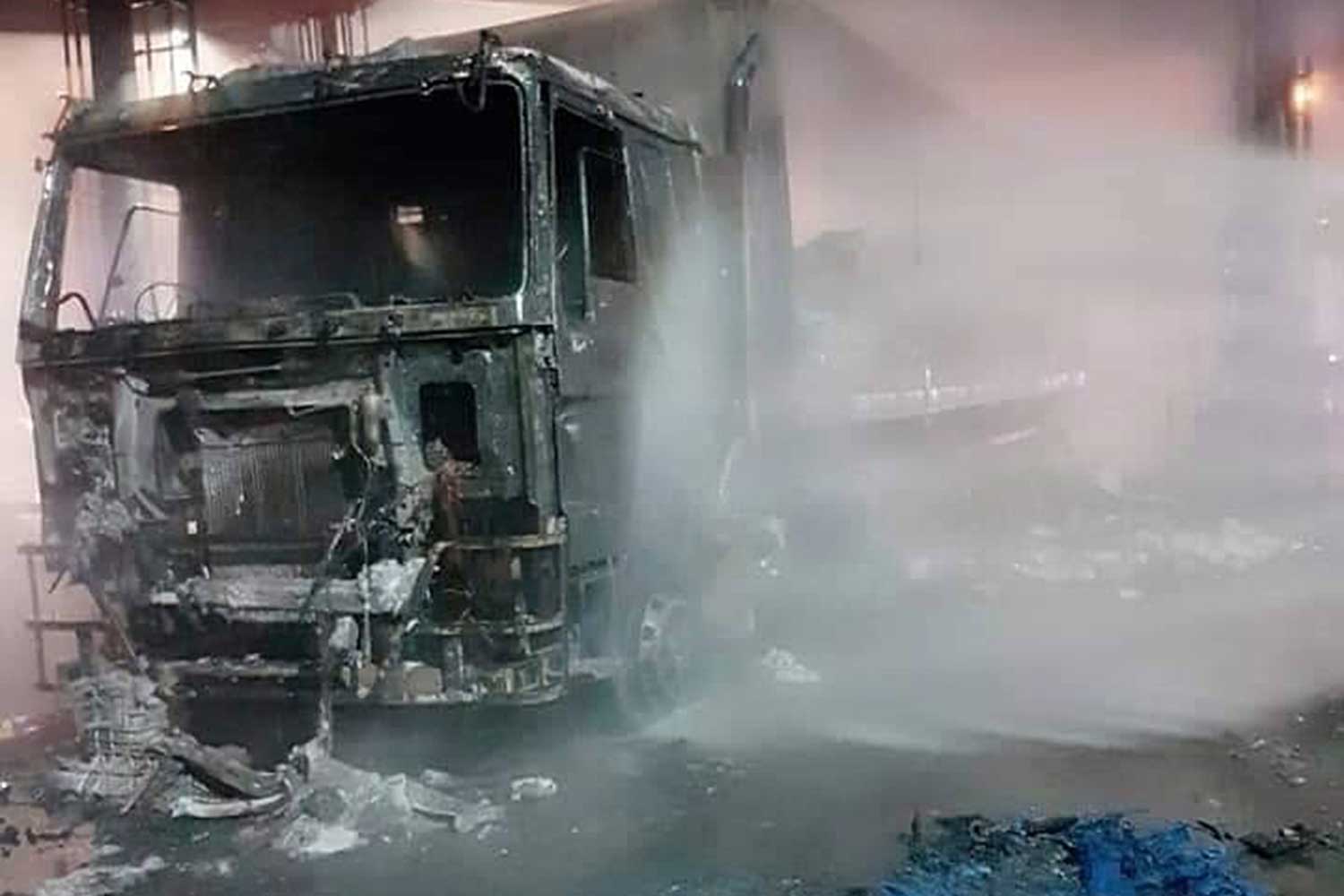 The trailer truck was totally destroyed by the flames. (Photo by Pongpat Wongyala) 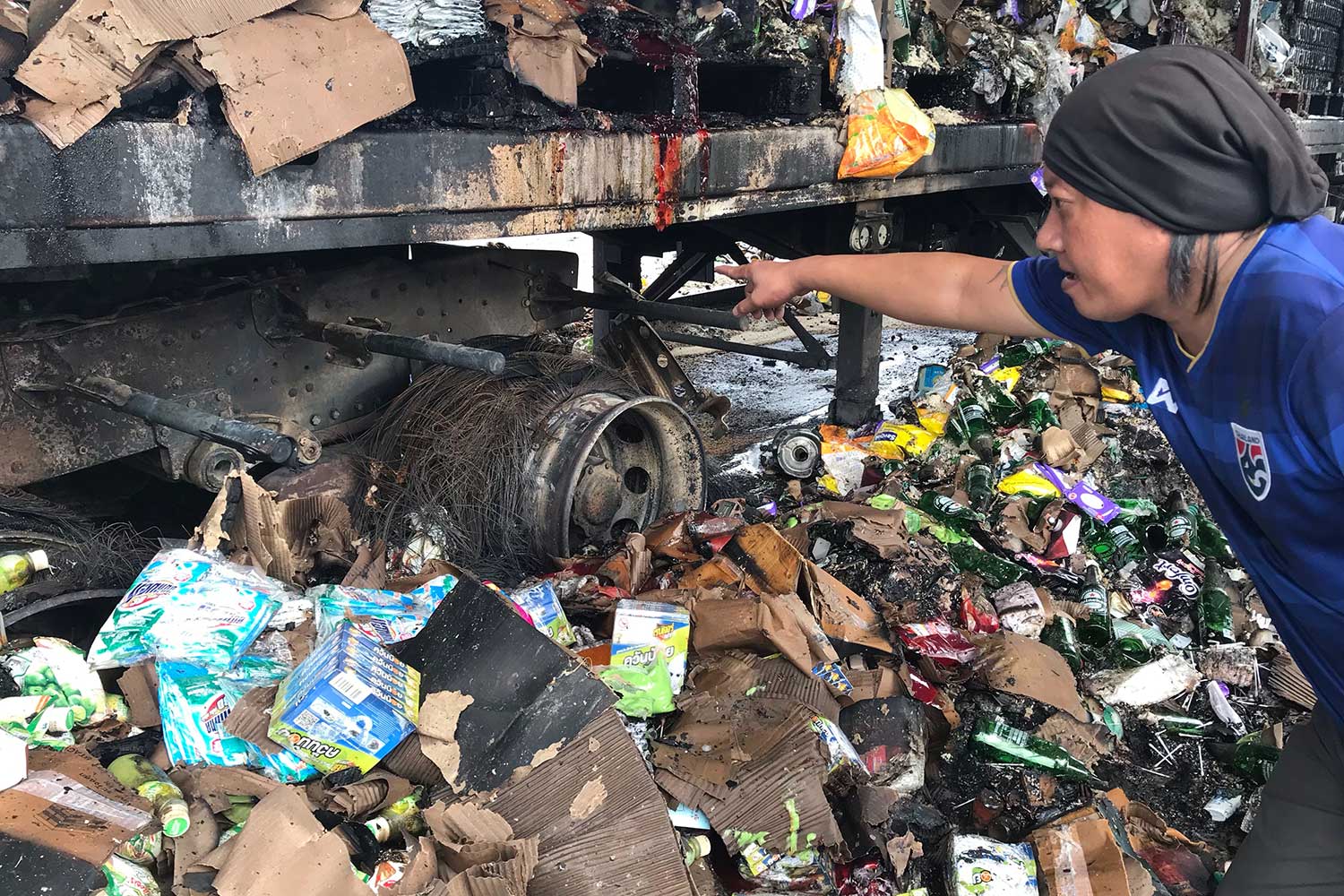 A staff member of the gas station points at the wheel which caught fire. (Photo by Pongpat Wongyala)