Pitsanu Poltee, a Bhumjaithai Party MP for Pathum Thani province, seated in front with a girl in a pink dress, gets a warm greeting from constituents in Pathum Thani during his visit to their community. The 38-year-old first-time MP declared the least assets of any lawmaker - 5,064 baht in his bank account, and reported he was using a car borrowed from a friend. (Photo by Pongpat Wongyala)

PATHUM THANI: Pitsanu Poltee, a Bhumjaithai MP for this central province, caught national attention on Thursday as the MP with the most modest assets — 5,064 baht in his bank account and a borrowed car — while fellow party MPs reported billions of baht worth of valuables.

But what he lacks in worldly assets is more than compensated for by the strong support of people in his constituency, who are impressed by his dedication and hard work to address their problems.

The first-time MP, who was relatively unknown at the national level until Thursday, said on Friday he was delighted residents in the province’s constituency 6 had faith in him and elected him to be their mouthpiece.

Over the past 10 years in local-level politics, he had worked closely with people in his constituency. He knew their problems by heart before deciding to contest in the general election under the banner of the Bhumjaithai Party, said Mr Pitsanu.

A native of Pathum Thani, the 38-year-old politician is the son of former Khlong 5 tambon administration organisation (TAO) chairman Suthiphong Poltee and his wife Somnuek. His sister Nutsara Poltee, 31, is also a government official at Khlong 7 TAO.

Armed with a bachelor’s degree in public administration from Phranakhon Si Ayutthaya Rajabhat University, Mr Pitsanu followed the footsteps of his father by entering politics in 2009.

He was elected a council member of the Pathum Thani provincial administration organisation in Khlong Luang district. After serving as a provincial council member for two terms, he decided to contest at the national level. (continues below) 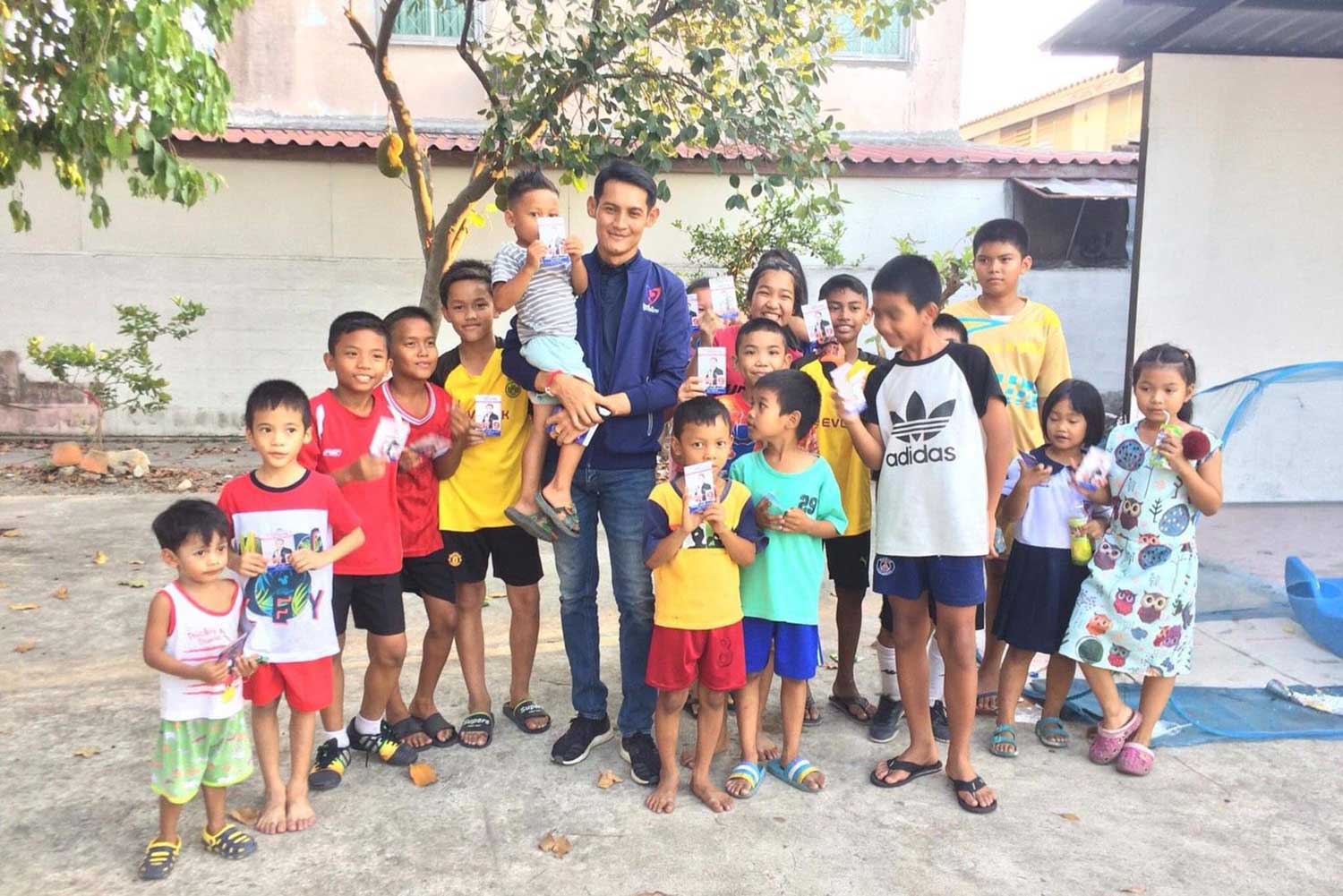 Mr Pitsanu said he had been involved in politics for over 20 years. As a child, he accompanied his father to visit communities and work with local people. He got first-hand experience in learning about people’s livelihoods and their needs.

When he learned falling crop prices posed a major problem for local people, he brought this issue to the attention of the Bhumjaithai Party, which drew up policies to address them.

“While serving as the provincial council member, I spent my salary helping my people and supporting community activities. I visited communities almost every day. The PAO also allocated budgets to support construction and repairs of school buildings and multi-purpose buildings at schools, roads, flood embankments and crematoriums -- the basic facilities people deserve to get because they are financed by taxpayers’ money. “Their contentment and happiness is my reward,’’ said Mr Pitsanu.

As an MP today, he said he would continue to forward problems faced by his people and their needs to the government to seriously solve them. He vowed to do his best to push party policies.

On the issue of the car Mr Pistanu told the National Anti-Corruption Commission (NACC) he had borrowed it from a friend, which inevitably brings to mind the recent case of luxury watches on the wrist of a senior cabinet member.

Deputy Prime Minister Wissanu Krea-ngam declined to comment whether it was usual or necessary for him to declare it.

He said he was not aware of the issue. However, the NACC had criteria regarding the borrowing of money and goods.

Deputy Prime Minister Prawit Wongsuwon was in the hot seat last year when he was caught wearing a luxury watch worth several million baht. A check of his asset declaration with the NACC showed he did not report it. Weeks and several social media posts later, it was found he owned dozens of such watches, which he never declared. His argument was he borrowed them from a friend, who later died.

A petition was later filed against him for failing to declare his assets in full. The NACC cleared him several months later, saying Gen Prawit had done nothing wrong.

The NAAC reasoned that unlike banknotes, which need not be the same ones (with the same running numbers) when they are returned to the original owner, watches are regarded as an asset with permanent shape. Such assets need not be declared when they are borrowed.

The NACC, setting a precedent, ruled that assets with permanent shape need not be declared when they are borrowed.

However, the NACC ruled in another case earlier that a borrowed van must be declared and convicted an official for failing to do so. It later explained the case was different from Gen Prawit’s because it found the official in question had applied for special licence plates for the van, so it had the same numbers or letter groups as the cars they already owned, indicating it was their own van.

The NAAC disclosed assets details of 415 MPs on Thursday, with the two richest coming from Bhumjaithai.