A bull elephant flees after ramming into a German man, 69, who was cycling along a route near the Pattaya Elephant Village in Bang Lamung district, Chon Buri, on Saturday morning. (Photo by Chaiyot Pupattanapong)

CHON BURI: A German cyclist sustained serious leg injuries when a young bull elephant charged at him on a local road near an elephant village in Pattaya beach town on Saturday morning.

Rescue workers rushing to the scene found the German tourist, identified later as HansDieter Sherding, 69, lying near the road along a sparse forest on Soi Nong Mai Kaen in tambon Nong Prue, said a staff member of the Sawangboriboon Thammasathan rescue foundation.

The injured tourist was given first aid before being sent to Bang Lamung Hospital.

Witness Boonsom Thongrod, 47, employee of Pattaya elephant village, said the injured man rode along this route every morning. On Saturday, while the German man was riding in the area, elephant Phlai Kham Khun, 38, showed up close to him. 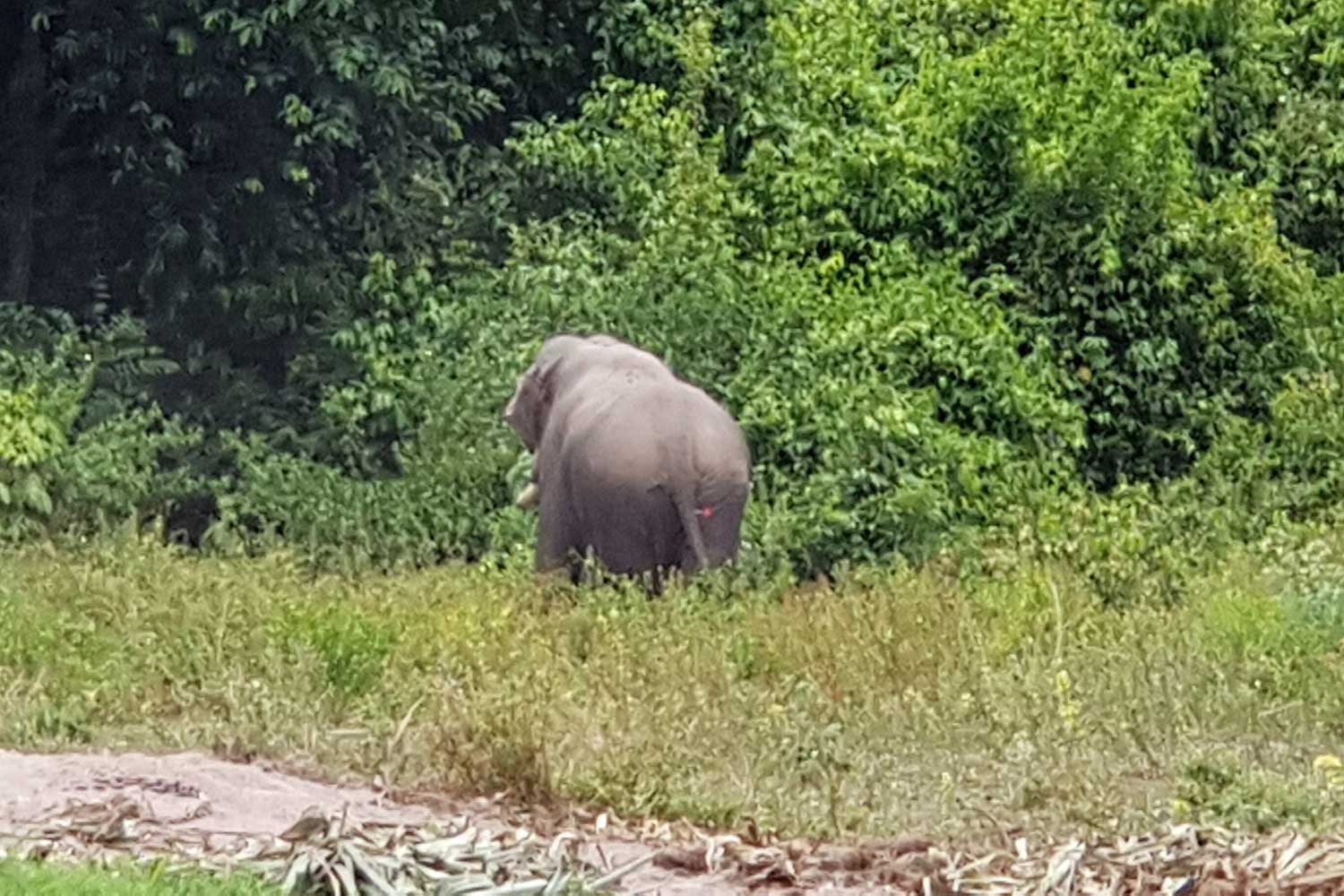 Elephant Phlai Kham Khoon, 38, flees after attacking a German man cycling a bicycle near an elephant village in Pattaya on Saturday morning. (Photo by Chaiyot Pupattanapong)

Mr Boonsom said he and other people told the foreigner to stay away from the jumbo, but the man kept watching it. Suddenly, the elephant charged at him. Its tusk tore into the man’s left leg, causing serious wounds.

The elephant’s mahout, identified only as Bird, 40, said he bought Phlai Kham Khun in Sukhothai last month for 1 million baht to show it to tourists at the elephant village last month. Before the attack, he took the elephant for a bath before showing it to tourists, but the jumbo ran away and was later found attacking the German man.

Veterinarian Padej Siridamrong, of Noen Phlap Wan Animal Hospital, went to the scene to help the mahout and other staff members at the elephant village to catch the fleeing jumbo. They later shot transquiliser darts at it and the vet would look into what drove the animal to attack the German man. 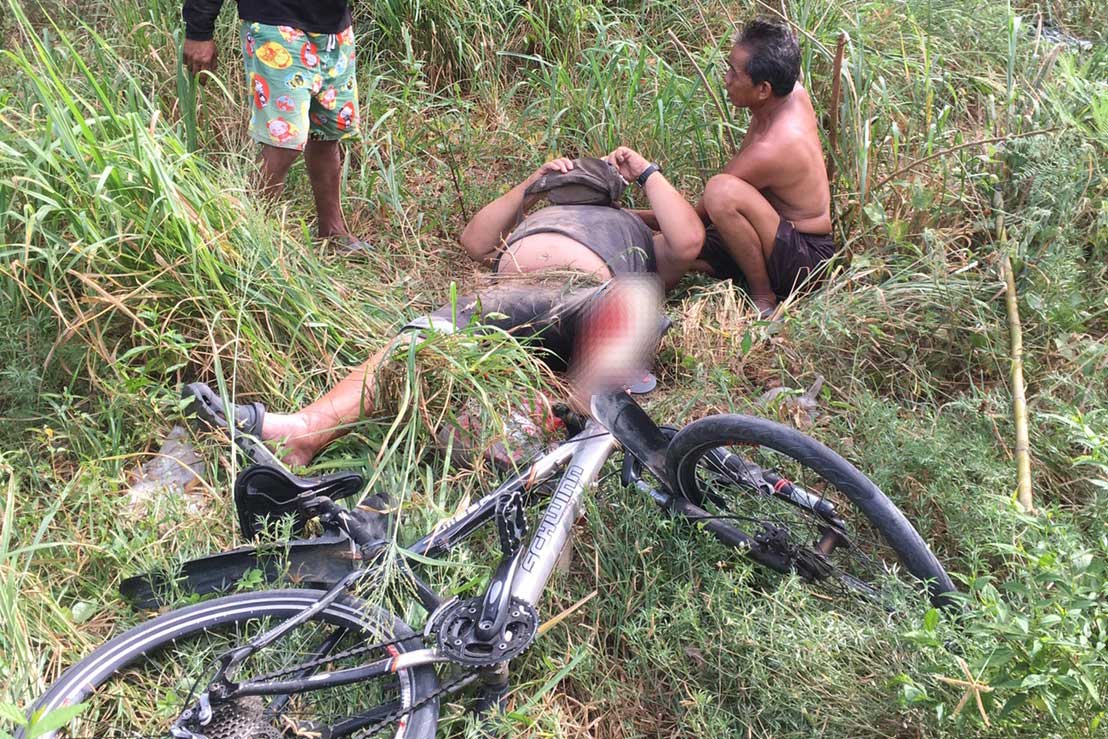 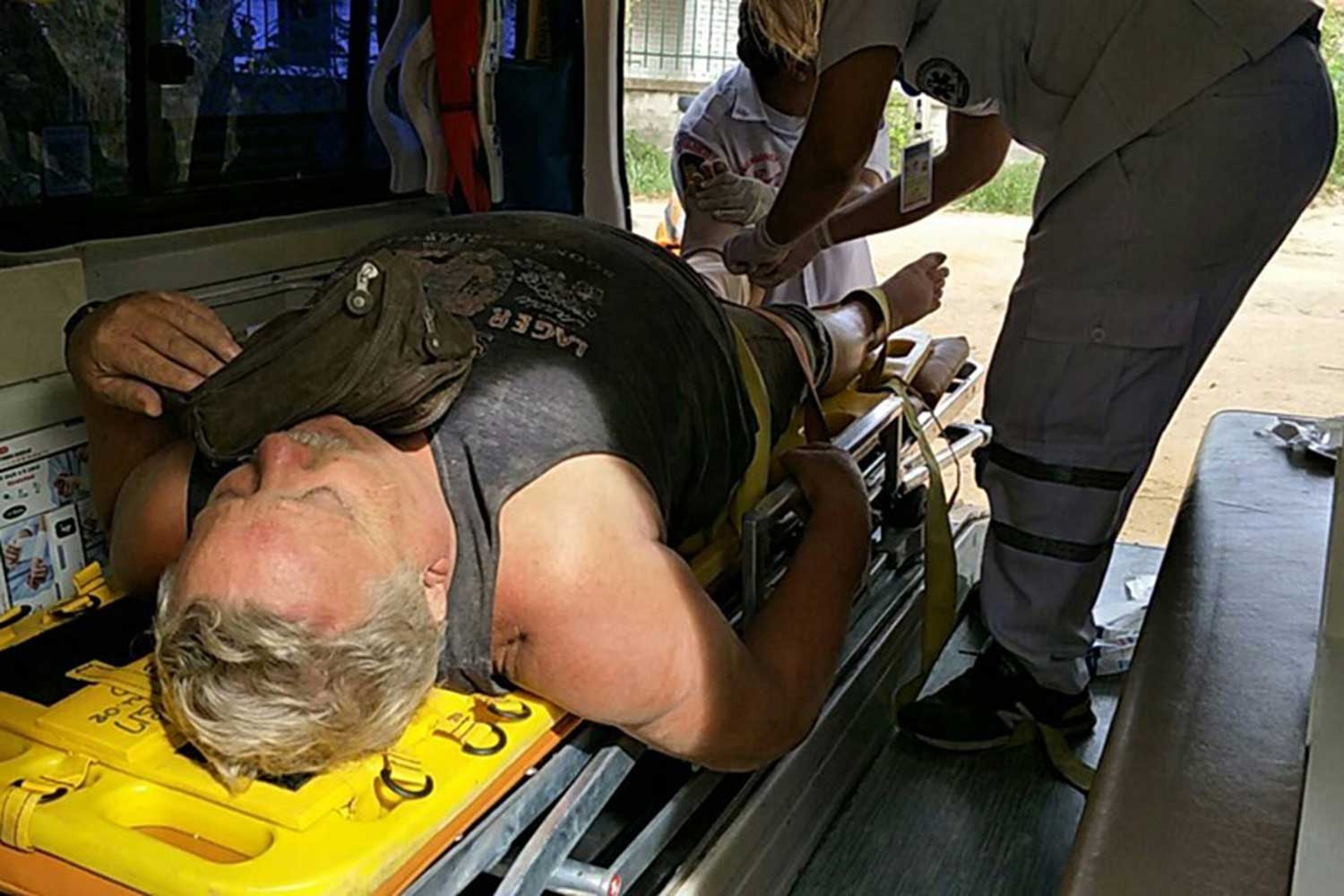 The injured man is taken to Bang Lamung Hospital. (Photo by Chaiyot Pupattanapong)