The Association of Siamese Architects under Royal Patronage (ASA) has voiced its opposition to the 42-billion-baht plan to build a second terminal at Suvarnabhumi airport, saying it will not benefit passengers or ease overcrowding.

ASA president, Ajaphol Dusitnanond, said that the association is concerned by the plan's deviation from the airport's original master plan.

The project was put on hold by then-transport minister Arkhom Termpittayapaisith in July, after a review by the National Economic and Social Development Council (NESDC) concluded that the Airports of Thailand's (AoT) plan for the development of the second terminal was "incompatible" with other development schemes that were planned for the area. 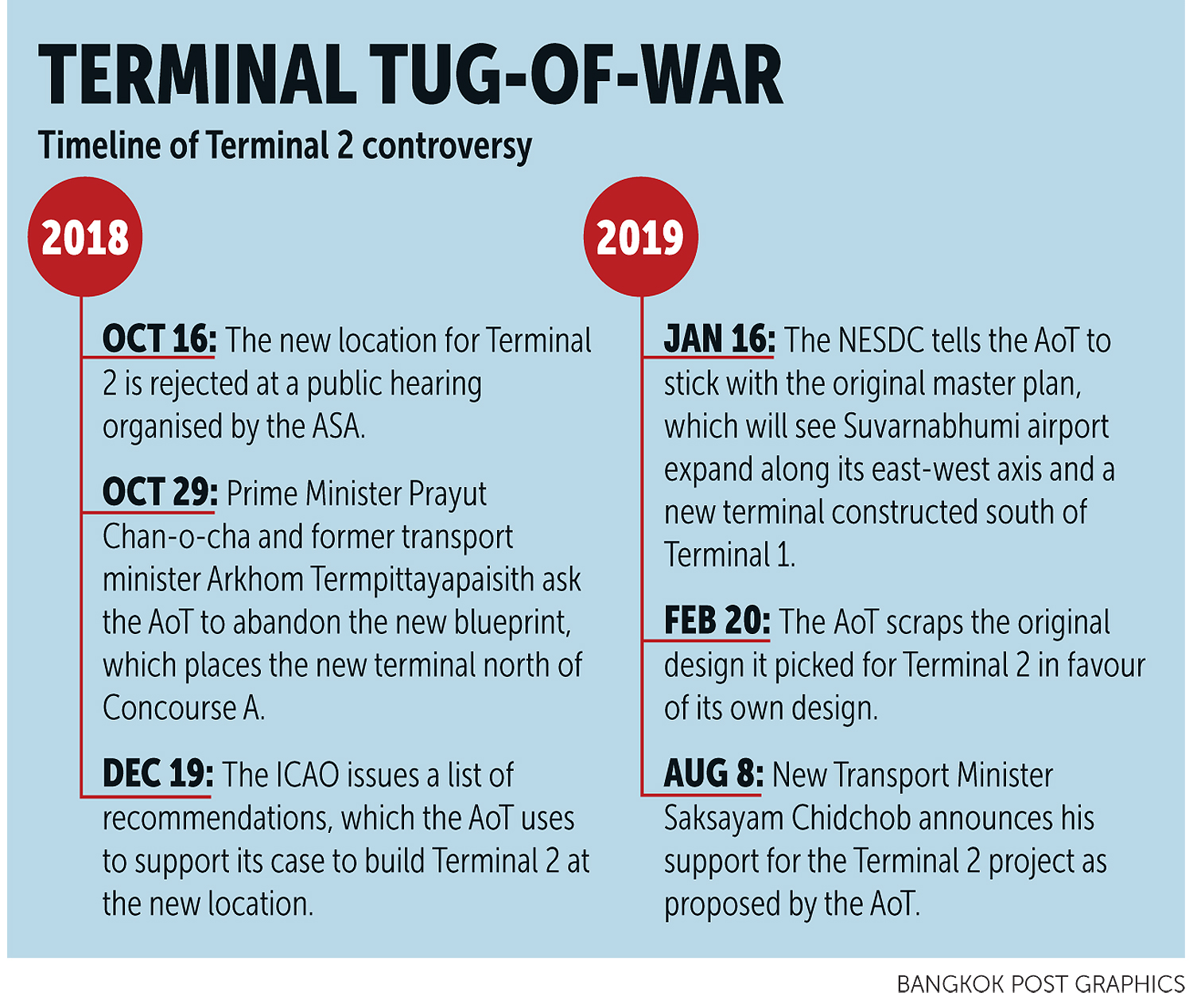 "However, the current Transport Minister, Saksayam Chidchob, chose to ignore the NESDC report and decided to press ahead with the project," said Mr Ajaphol.

He said that the plan has deviated extensively from the original master plan, which will inevitably cause delays to the development of the rest of the airport and raise the risk of cost overruns.

"This will only exacerbate the overcrowding as the number of passengers continues to increase," he said.

Furthermore, Mr Ajaphol said that the AoT envisages the second terminal as a large building with a focus on commercial space, which ultimately will not benefit passengers.

Mr Ajaphol said that the ASA will petition Prime Minister Prayut Chan-o-cha to order AoT to stick with the original development blueprint, and for the AoT to take responsibility for delaying the development of Suvarnabhumi airport.

AoT's Terminal 2 proposal has been criticised by a number of high-profile organisations, such as the Council of Engineers and the Architects Council of Thailand.

Both councils said that the new proposal places the second terminal at an "inconvenient" location that strays far from the original master plan for Suvarnabhumi airport, which was approved in 2003.

The original blueprint included plans for two terminals -- the existing main terminal, and a second located south of the main terminal.

In its new plan, however, the AoT decided that the second terminal will be located nearer the main terminal.

A 500-metre monorail line will be built to shuttle passengers between the terminals.

Suvarnabhumi airport, which opened in 2006, was designed to serve 40 million passengers a year, but the number of passengers it serves has risen to 70 million.

Last year, the number of domestic and international passengers served nationwide stood at 162 million and they are expected to reach 180 million this year, according to the Civil Aviation Authority of Thailand.