Prime Minister Prayut Chan-o-cha has opened the Asean Inter Parliamentary Assembly (AIPA) by calling on it to increase efforts against narcotics and marine debris. 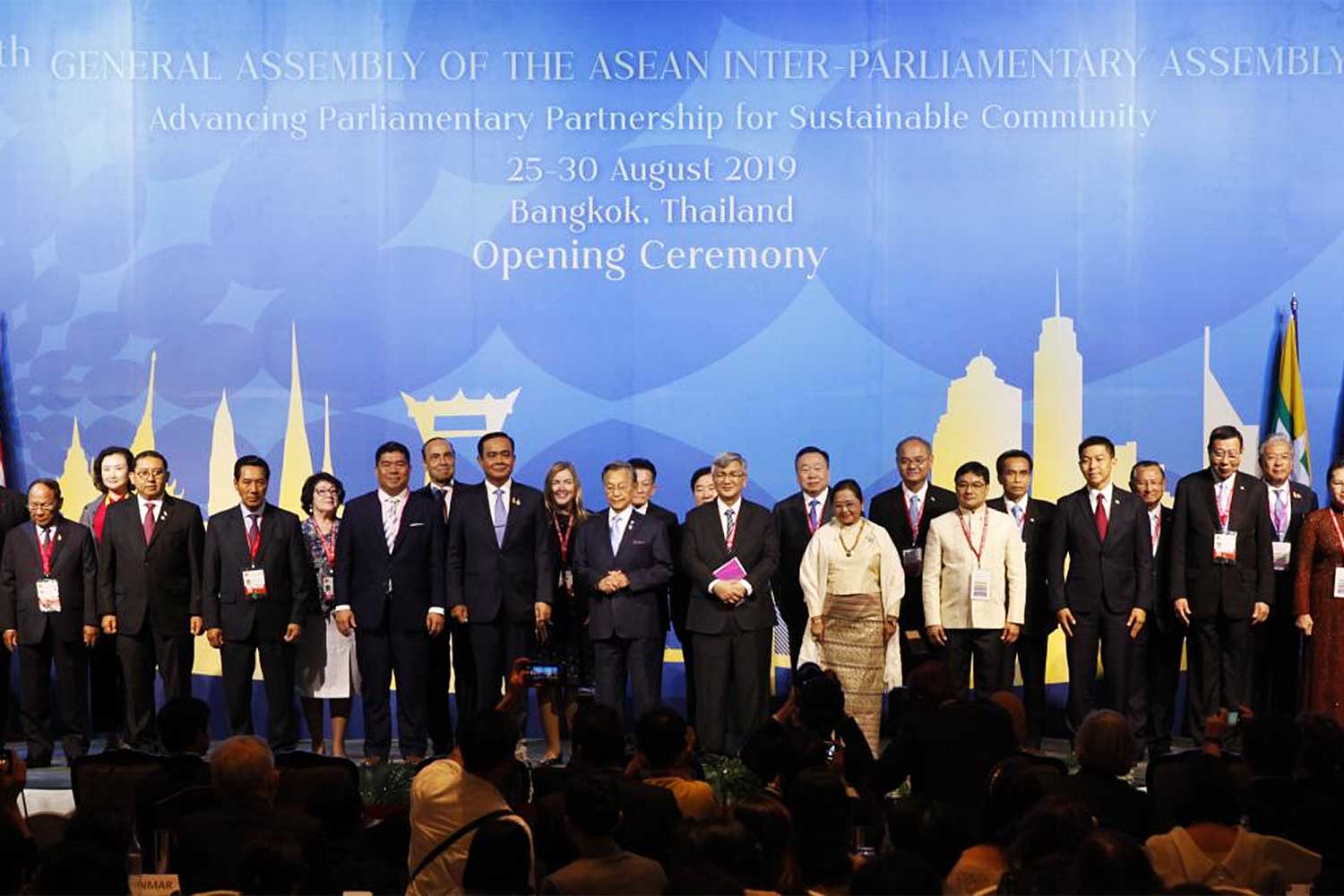 "AIPA has grown with Asean for more than 40 years. It plays a significant role in strengthening the Asean socio-cultural community, where people are at the centre," he said in his opening address at AIPA's the 40th General Assembly.

The theme of the Aug 25-30 assembly in Bangkok is "Advancing Parliamentarian Partnerships for a Sustainable Community" on Aug 25-30 in Bangkok. Attending are 440 participants from among 10 member delegations and five observer delegations.

"I commend the 2nd Meeting of AIPA Advisory Council on Dangerous Drugs in Chiang Mai in March this year, which agreed on alternative development to integrate community efforts. I hope that it will help AIPA improve its anti-narcotics campaigns, which should include prevention, crackdowns, and rehabilitation," he said.

The premier also encouraged AIPA to tackle marine pollution in line with an Asean Summit resolution.

"The bloc is committed to resolving environmental problems. Following the ratification of the Bangkok Declaration on Combating Marine Debris, we have to reduce plastic garbage in our shared ocean. I hope that AIPA will continue to develop policies in conjunction with the bloc's initiative," he said.

Chuan Leekpai, the president of the National Assembly of Thailand and of AIPA, said most problems in Asean are interrelated.

"Narcotics spread from one country to another while marine litter flows [throughout the region] because we share the same ocean," he said.

Mr Chuan underlined the importance of AIPA's legislative role in supporting the executive branch. Most importantly, he called on legislators to respect the rule of law.

"All people, regardless of who they are, should be seen as equal under law," he said.