The family of Wanida Atsiangram mourns her sudden death, blamed on papaya salad with raw crab and fermented fish, at her home in Muang district of Buri Ram on Thursday. (Photo by Surachai Piragsa)

BURI RAM: A grieving mother has blamed the sudden death of her teenage daughter on a bowl of papaya salad with raw crab and fermented fish, or somtam isan.

Kachorn Atsiangram, 56, was speaking at her home as the family organised the funeral of 16-year-old Wanida, in Ban Nong Khai village of tambon Ban Bua in Muang district on Thursday.

She had not expected the sudden onset of diarrhoea that preceded her daughter's death after they shared a bowl of somtam last Saturday.

Chananya Atsiangram, 39, the teenager's sister, said her mother bought the dish from a nearby stall and shared it with Wanida around midday last Saturday.

Wanida was stricken with diarrhoea about 4am on Sunday, and the symptoms worsened. By noon an ambulance was called to take the ailing girl to hospital. She was unconscious by the time it arrived. Staff at the local hospital tried to resuscitate her, to no avail.

Ms Chananya said Wanida was a healthy teenager and free of any chronic disease. A doctor had attributed her death to a severe gastrointestinal infection. She warned others to eat only cooked food.

Vendor Samruay Thongnarin, 50, said she was shocked and saddened by the death of the teenager, but expressed disbelief that the dish sold at her stall was the cause.

She said she had been selling somtam for almost one year and always bought fermented fish from the same stall at the municipality-run market. She neither added anything nor cooked the fermented fish as most customers preferred the flavor and taste of uncooked fish.

According to Khaosod Online, Ms Samruay said the girl’s mother was a regular customer of her stall. Ms Kachorn usually ordered somtam with no fermented fish as she had allergies that resulted in itching if she ate it. But on Aug 24, she ordered a dish with fermented fish, saying she would share it with her daughter, who liked it.

The vendor said she was busy at the time and then asked her niece to make somtam for Ms Kachorn. Mukthita Chanprakhon, 26, the vendor’s niece, said that as there were no salty crabs, the customer asked her to put in small amounts of fermented fish.

She said she was saddened to learn that Wanida had died after eating somtam at her stall. The teenager regularly ate somtam there and had never developed any symptoms. Other customers also bought somtam and nobody had showed any sign of illness, she added. 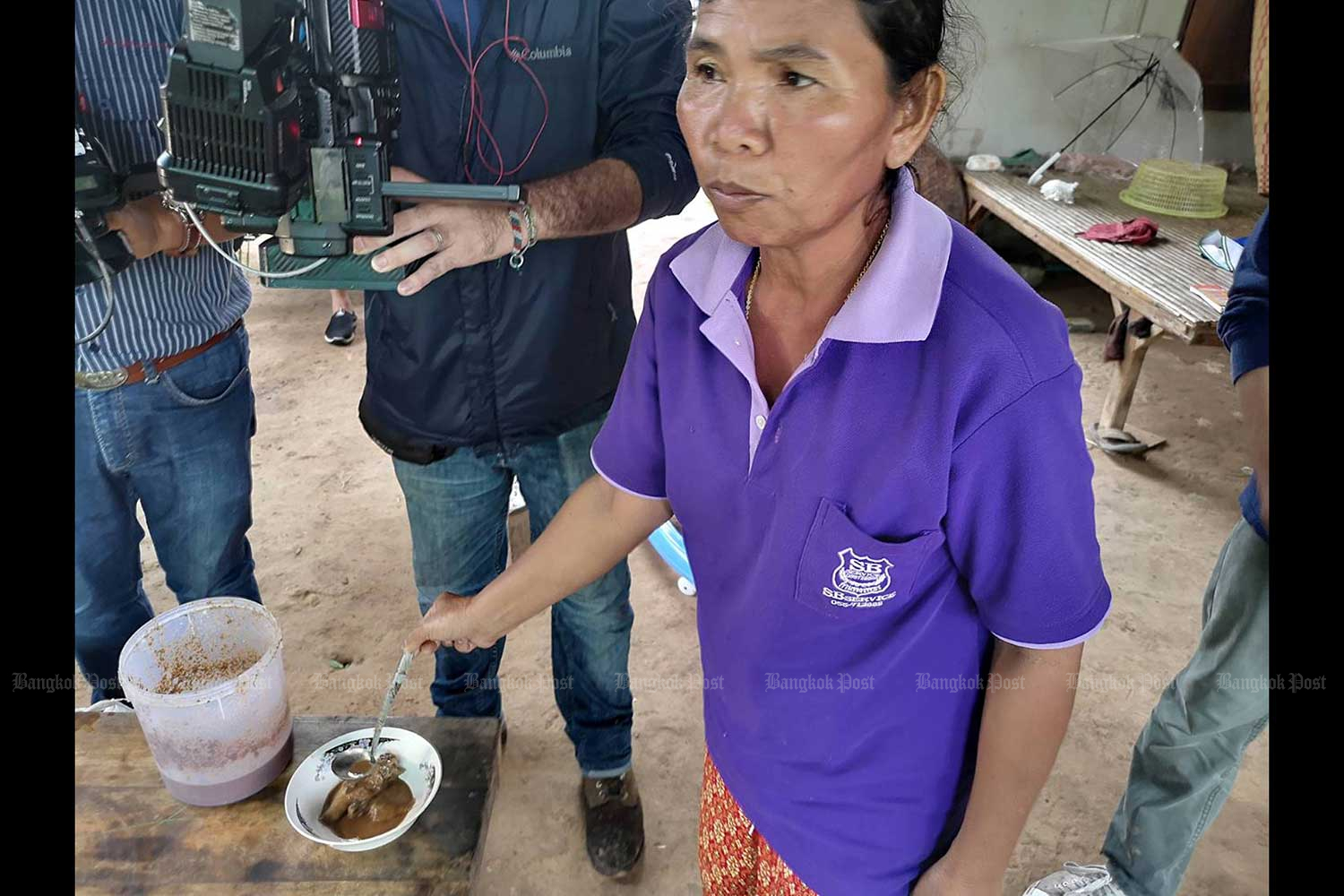