New lease on life: The old provincial governor's residence, 'Juan Phu Wah Kao' in Tambon Ban Nua of Muang district of Kanchanaburi province, will be developed into a local museum.

With two centuries of stories to tell, the old governor's mansion in Kanchanaburi is getting a new lease on life as a local museum.

Built in the reign of King Rama III, the landmark in Tambon Ban Nua, Muang district fell empty earlier this year when the current governor moved to a newly built residence.

However, provincial authorities viewed the heritage building as too rich in history to be demolished or just left idle.

"This house has architectural value and is part of the history of this province. It has the power to instil pride [in locals]. People can learn about the story of this town from this house," said governor Chirakiat during a meeting to decide the mansion's fate in late July.

The same month saw a special committee of history experts and locals launched to develop the local museum project.

The house tells the story of Kanchanaburi, an import outpost of the kingdom for over five centuries since the Ayutthaya era.

Its location bordering Myanmar (once known as Burma) made the province a crucial bulwark against Burmese forces to the west. 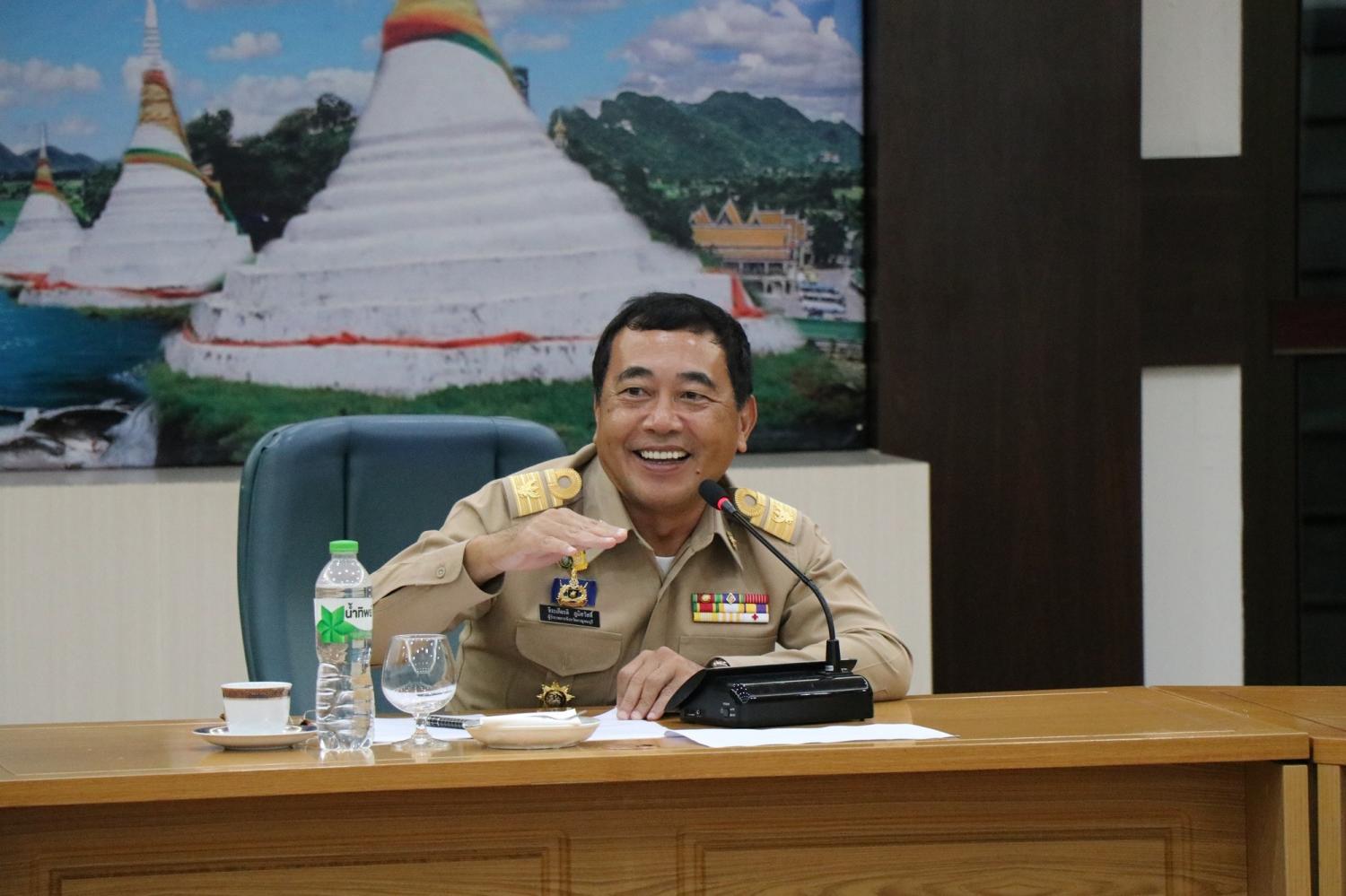 Around 180 years ago, King Rama III ordered the building of a city wall. "Juan Phu Wah Kao" is one of few houses built at the same time and part of the house is adjacent to the ancient wall.

Originally just a wooden house, it was redeveloped into a Thai-style mansion in 1931, and has served as the residence of the provincial governor for over a century.

It has a hip roof adorned with gables -- a signature design of Thai houses built after the reign of King Rama V when the country opened up to western influence.

The window panels and door frames are decorated with transparent glass, with steel grid windows on the upper floor and a roof decorated in a European style.

The project is one of the urban conservation projects that the provincial governor Chirakiat has been keen to promote since he took the position last year.

He has also thrown his weight behind the revival of a rundown 83-year-old paper mill in the middle of the municipality which he wants to transform into a civic centre.

The paper mill was built in 1936 by an unknown German engineer with financing from the Thai government. It was used to supply pulp during World War II and part of the plot is located along the River Kwai.

In terms of its commercial value, the plot and vintage factory are estimated to be worth 1.5 billion baht by the department.

In 2013, the department announced a plan to auction the plot to a private developer.

The company planned to spend a further 1 billion baht to restore the building into a high-end boutique hotel. 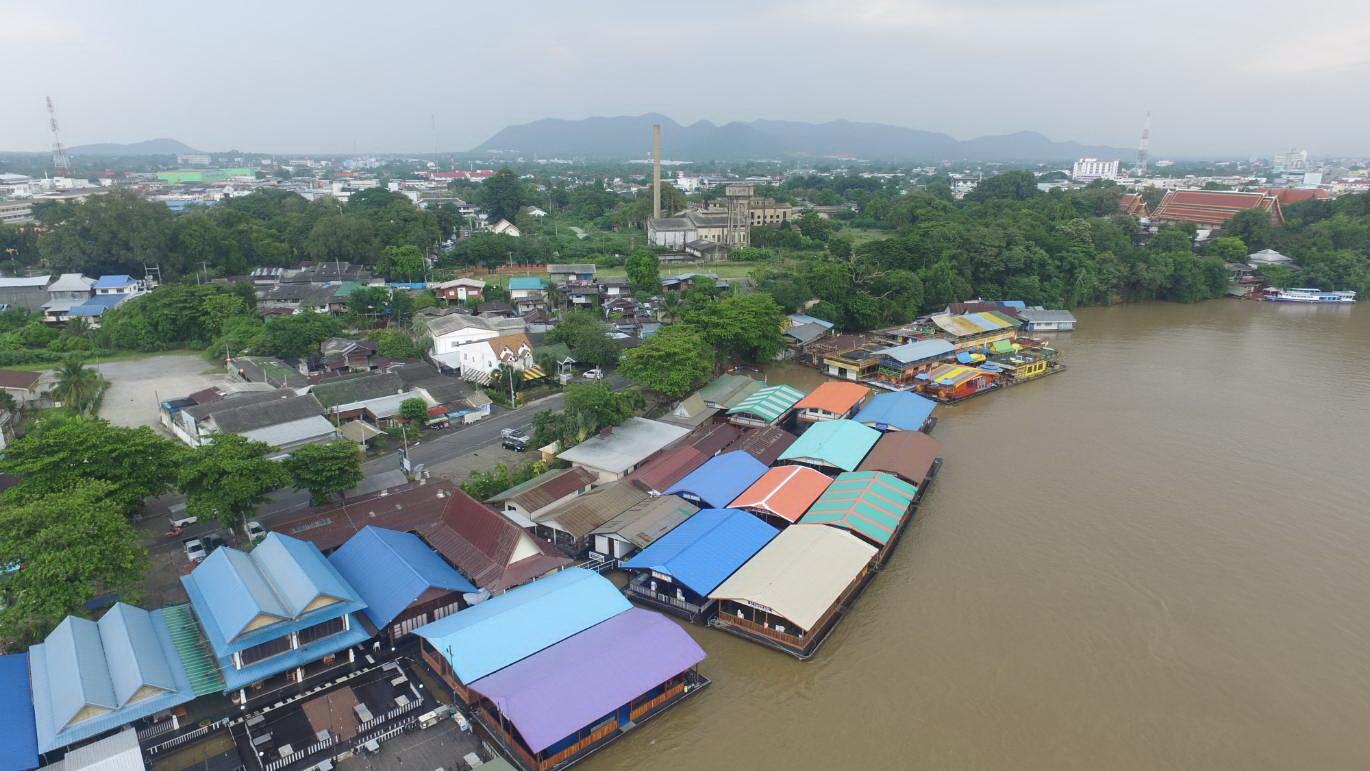 Floating economy: Rafts in Kanchanaburi province have been converted from homes into restaurants or even hotels to accommodate tourists. The practice is against the law.

However, the plot happens to be adjacent to an ancient wall which has been registered as a national historic site by the Fine Arts Department. That made the provincial authority reluctant to go along with plans for commercial development.

Following the collapse of the sale, the local community demanded the plot be used for public purposes with governor Chirakiat giving the idea his blessing.

Another initiative that the provincial administration is keen to pursue is the regulation of the rafts that are situated along the banks of the Kwai Yai and Kwai Noi rivers.

There are currently around 80 operators of raft-based hospitality services on the rivers spanning 500 rafts, most of which are tourism-related businesses

The regulation is divided into two parts. The first is to develop a pier and designated mooring space for commercial rafts.

This phase of the development will also see the dock near Koh Rattanakan, a riverbank area adjacent to the Kwai Yai River, relandscaped to serve as drop off for tourist vans.

The second part is a housing project for the inhabitants of 60 shanty boats which have been docked along the Kwai Yai and Kwai Noi rivers for generations.

Rafts were once home to many more Thais who lived along the river, but most moved to live in houses built inland during a period of urbanisation in the middle of the last century. Rafts are now only really prominent in a few provinces. 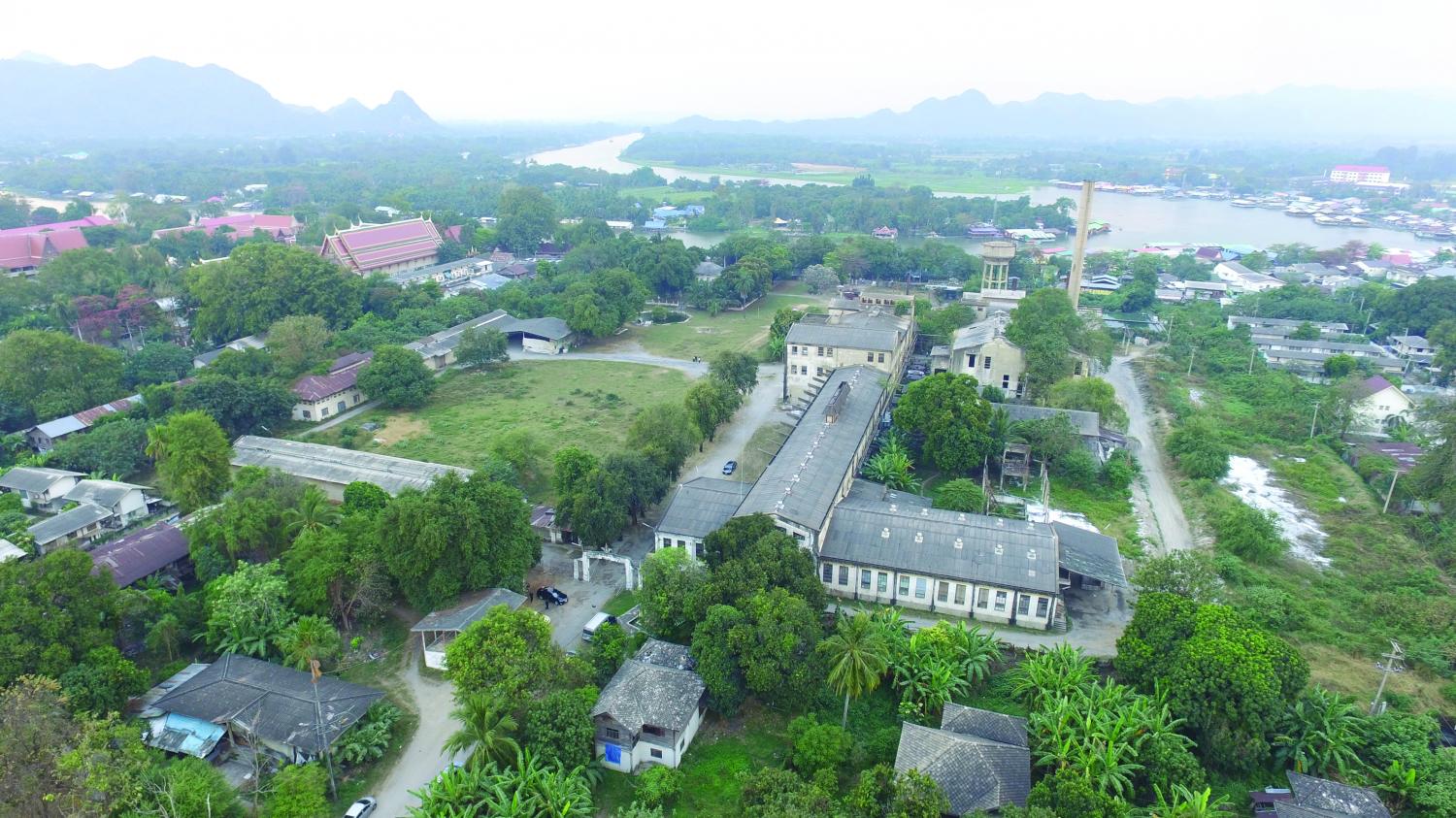 Historic landmark: An 83-year-old paper mill in the centre of Kanchanaburi's municipality is soon to become a local museum and civic space after the Treasury Department aborted its original plan to lease the plot to a property developer.

These new homes -- 4 metres by 15 metres each -- are being built by volunteers from Rajamangala University of Technology Tawan-ok: Uthenthawai campus near in the Koh Rattanakan area, not far from the dock.

Despite being moved inland, the housing project will still overlook the Kwai Yai River.

Ratchaneekorn Rakbua, 27, is one of the raft residents who will live in the housing project.

"The size of the house is rather small, but we will have to adjust to a new way of life," said Ms Ratchaneekorn who was born and raised in a raft docked along the Kwai Yai River.

She said the provincial governor's policy to regulate rafts is good, despite the effect it may have on locals' livelihoods.

"It is early to judge whether the attempt to regulate raft culture will bear fruit. We have to see whether tourists will come to visit the rafts as much as they did in the past."

Kanchanaburi province is spending 20 million baht to fund the housing project and the budget will be recouped from rental fees.

The governor plans to develop this area into a showcase for provincial raft culture, with the sale of local products, crafts and local signature food.