A 46-year-old Chinese woman, wearing black and seated, denied theft charges after a belt bag belonging to an Iranian man was seized from her. She said via an interpreter that she did not steal it, but just picked it up at the airport. (Photo by Sutthiwit Chayuworakan)

SAMUT PRAKAN: A Chinese woman has been arrested on theft charges after she picked up a belt bag containing cash and a mobile phone that had been dropped by an Iranian man at Suvarnabhumi airport, and put it inside her luggage.

Lyu Wenjuan, 46, of China, was apprehended at around 1.30am in the airport’s waiting area for outbound passengers. Police and airport officials seized 1,441 US dollars, or about 44,116 baht, a stolen mobile phone and other documents in her hand luggage.

The arrest came after Iranian passenger Mohammad Abbas Hamzeh, 29, filed a complaint with Pol Cap Apichai Supho, deputy investigation chief at Suvarnabhumi airportpolice station, that he had lost his belt bag containing cash, a mobile phone and personal documents while walking to the departure lounge on the fourth floor.

Police and airport security officials checked footage from close circuit cameras, which showed the tourist’s belt bag dropped on the floor and then picked up by a Chinese woman walking past. She put the belt bag in her luggage and then walked towards the waiting zone for outbound passengers.

She was then held for questioning.

Speaking via an interpreter, the Chinese passenger insisted she did not steal the bag, but just picked it up as she was not aware who owed it.

The woman was charged with theft at the airport. The offence carries a jail term of 1-5 years and/or a fine of 2,000-10,000 baht.  She was held in police custody at the airport police station. 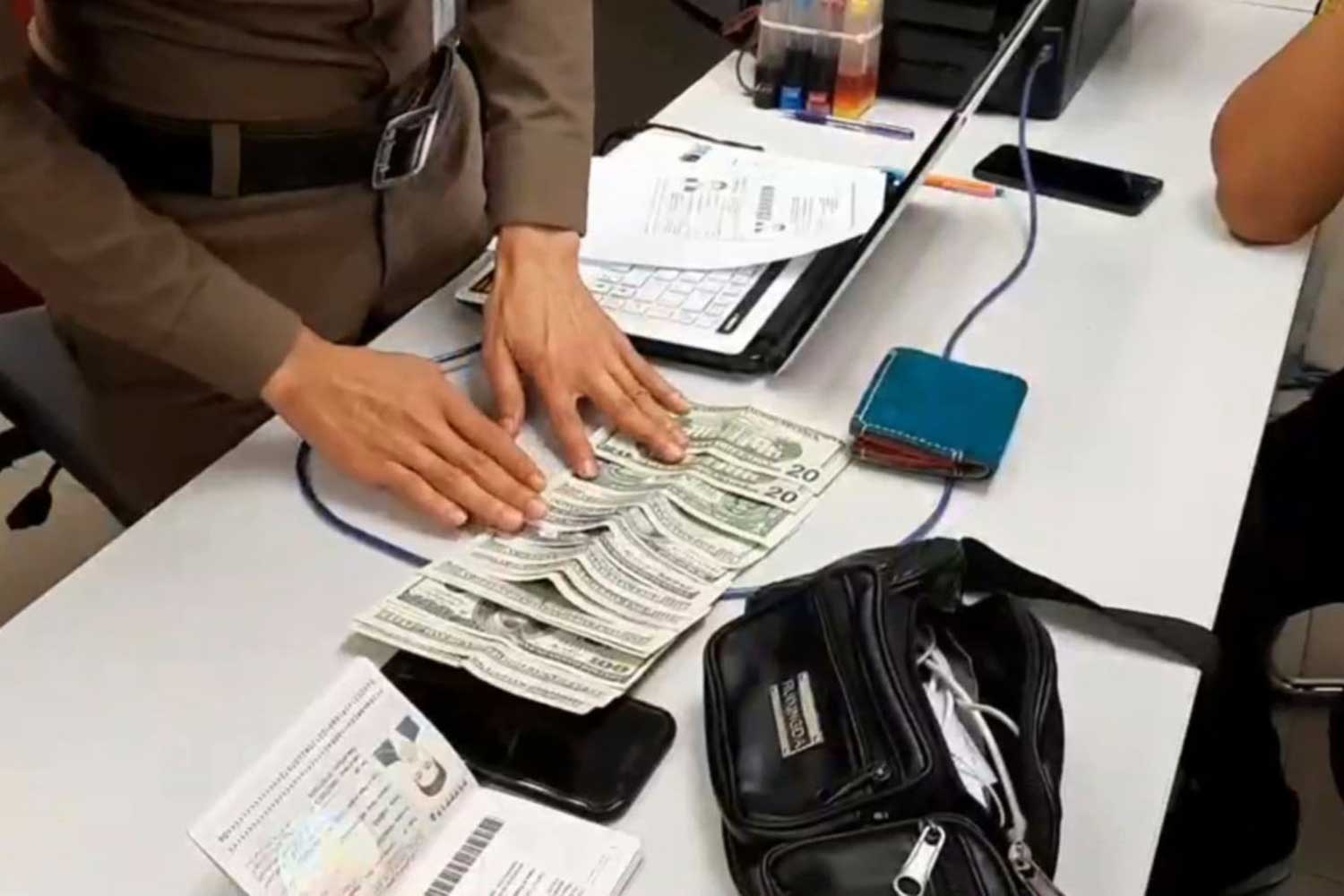 Airport police officers display cash and a mobile phone seized from a Chinese passenger before returning them to an Iranian man. (Photo by Sutthiwit Chayutworakan)