็Heavy rain washed away this section of road at Phan Charoen village in Chumphuang district of Nakhon Ratchasima province. (Photo by Prasit Tangprasert)

Rescue teams are working around the clock to drain water in flood-stricken towns across the top half of the country as a new storm moves in, bringing more rain to the region.

Tropical storm Kajiki was moving southwest from central Vietnam, bringing more rain and isolated thunderstorms to many areas, especially in the Northeast.

Authorities fear Kajiki will worsen the flooding in the region, which was caused by tropical storm Podul over the weekend.

Thongplew Kongchan, chief of the Royal Irrigation Department (RID), said they were closely monitoring the situation in the Northeast. Officials on the ground had been ordered to put in maximum effort to drain flood water in affected areas before Kajiki dumps more rain.

The department was particularly concerned about the situation in Ubon Ratchathani, Yasothon, Roi Et, Kalasin and Khon Kaen, which were still reeling in Podul's wake.

"We are deploying more water pumps and heavy machinery to those provinces," he said.

"All agencies are working hard to ensure the safety of everyone in the flood-hit provinces."

The chief of the Department of Disaster Mitigation and Prevention, Chayapol Thitisak, said residents of high-risk areas should be on alert for landslides caused by rain runoff through into Thursday .

Similar warnings were issued for Chon Buri, Rayong, Chanthaburi and Trat in the East, as well as Ranong, Phangnga and Phuket in the South.

Ms Narumon said the prime minister will go to Muang and Wang Thong districts in Phitsanulok, and Sawankhalok district in Sukhothai to hear complaints and provide moral support to those affected by the floods and emergency workers.

Interor Minister Anupong Paojinda said while the situation was slowly improving in many areas, four provinces in the North and five Northeastern provinces were still inundated.

In Sukhothai's Muang district, the Yom River burst its banks near Phra Mae Ya bridge in tambon Yang Sai. Work gangs were sent to build a sandbag wall to keep the water out of the municipal area. 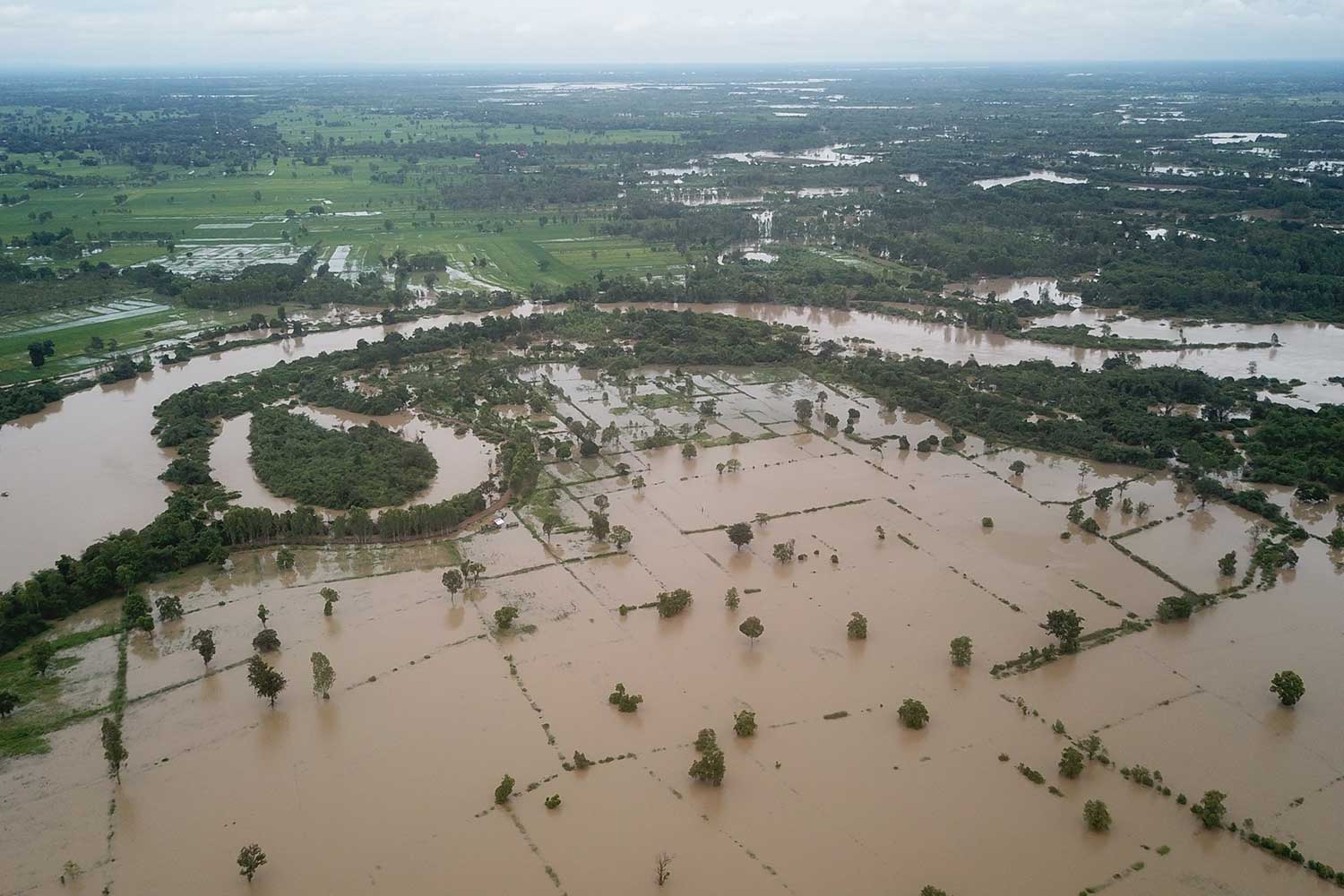 The flooding in Nakhon Phanom province. (Photo by Pattanapong Sripiachai)