CHON BURI: Nineteen Chinese nationals have been caught running an online gambling operation during a raid on three condominium rooms in Pattaya, with 8 million baht in daily circulation, police said.

A team of local, tourist and immigration police entered the rooms on the seventh floor of a condominium on Phra Prapanimit in tambon Nong Prue of Bang Lamung district around 11.30pm on Tuesday.

There were a total of 19 Chinese nationals, men and women, inside the three rooms. Officers seized 10 computer notebooks, about 300 mobile phones of various brands with pre-paid SIM cards, and details of electronic accounts.

An investigation found that an online gambling operation was being run from the three rooms.

Pattaya provincial court approved a search warrant, which was executed on Tuesday night.

The suspects had been hired by a gambling boss in China to run an online operation in Thailand. They entered the country on tourist visas and then found a place to set up, the provincial  police chief said.

Records found at the scene showed the gang had about 8 million baht in circulation each day. Each suspect had been paid 40,000 baht a month.

The 19 Chinese were initially charged with working illegally, and were detained at Nong Prue police station for legal action. 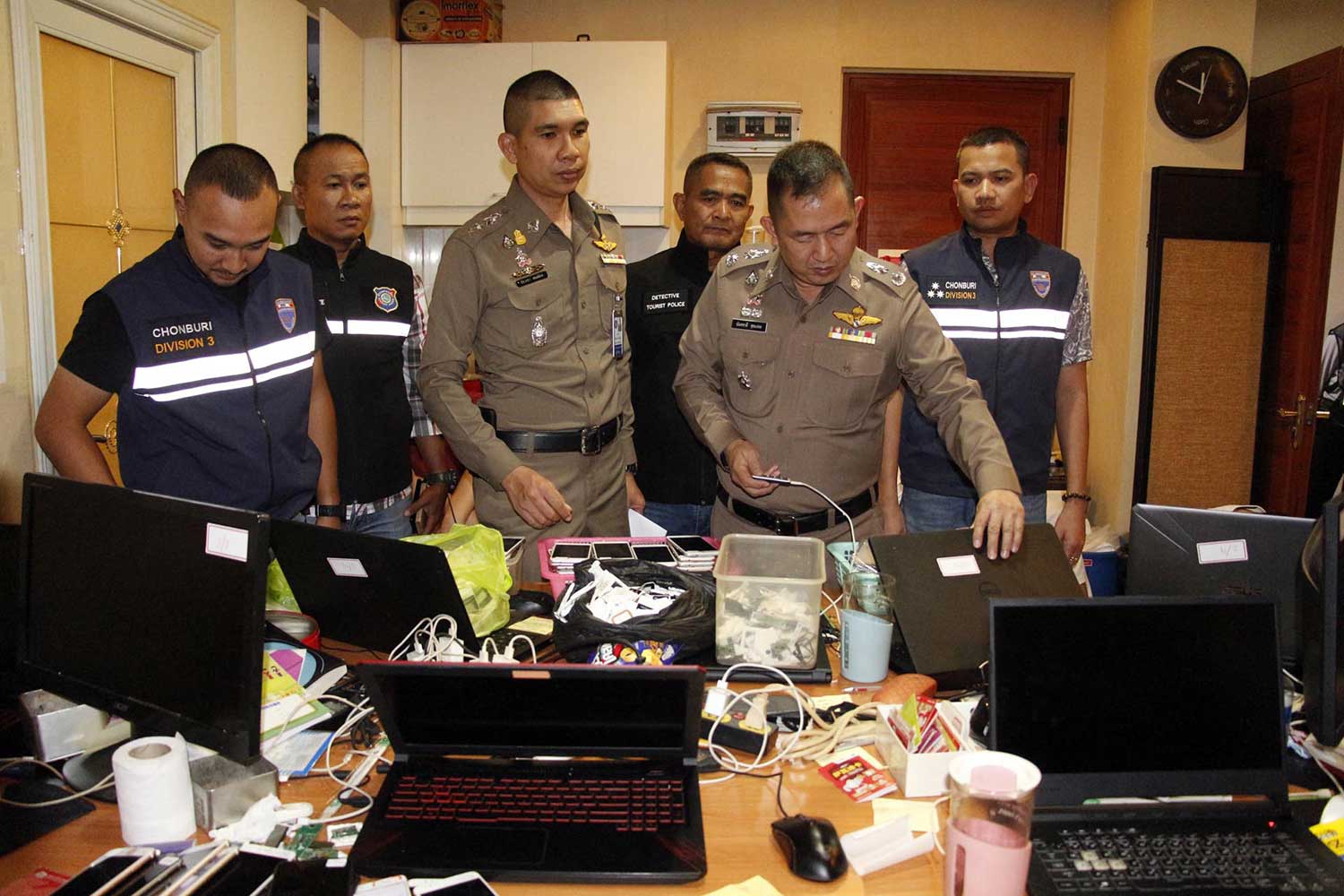 Police examine computers and other equipment seized from Chinese nationals living in the three condominium rooms in Pattaya. (Photo by Chaiyot Pupattanapong) 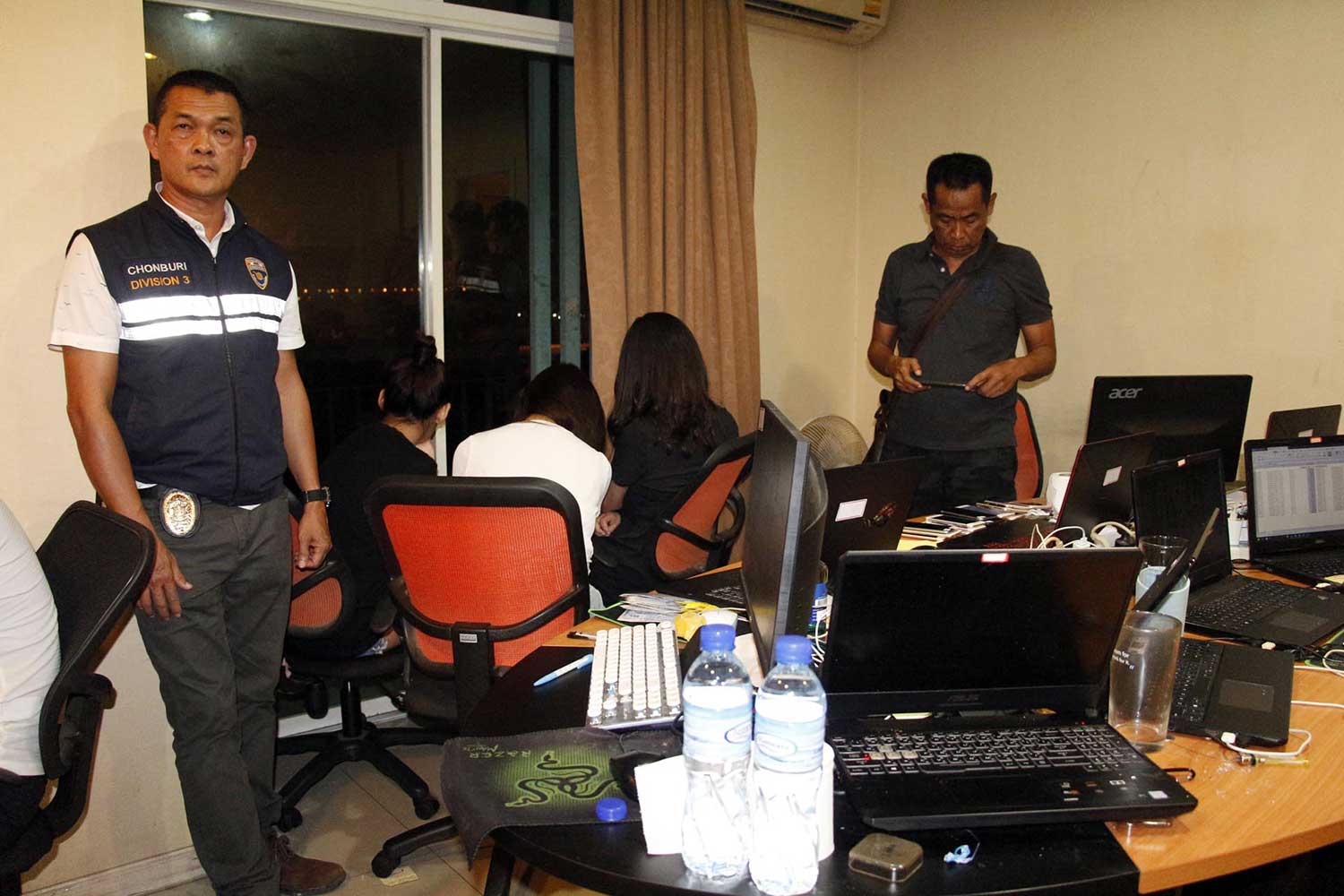 Armed with a search arrest issued by the Pattaya court, police raid three rooms on the seventh floor of a condominium in Pattaya, where Chinese nationals operated an online gambling operation, with 8 million baht in daily circulation. (Photo by Chaiyot Pupattanapong)