A fishing boat carrying 23 crew members capsizes at the mouth of the Chao Phraya River in Samut Prakan province on Monday evening. The boat was later salvaged on Tuesday morning and one crewman who was drowned and went missing was found trapped inside. (Photo by Sutthiwit Chayutworakan)

SAMUT PRAKAN: The body of a missing crewman was found trapped in a salvaged fishing boat reportedly swamped by a cargo ship’s wake in the Chao Phraya River on Tuesday.

The body of Singh Kuekit, 50, was found inside the Por Thanu Thong fishing trawler after it was salvaged at around 8.30am on Tuesday. The body was sent to Samut Prakan Hospital.

Chutawat Maboontham, owner of the vessel, pledged to give full assistance to the family of the dead crewman, who had worked with him for more than 10 years.

He said the incident caused damage worth about 10 million baht to his vessel and fishing equipment. He would hire a fishing boat to pull it to a dockyard in Samut Sakhon for repairs.

Por Thanu Thong with 23 crew members capsized at the mouth of the Chao Phraya River at around 7pm on Monday.

One crewman drowned, three were hurt and the others rescued. A navy patrol boat was despatched to the site to help them

Boat skipper Veera Chaorai, 61, said his vessel with 23 people on board left the Fish Marketing Organisation at around 3.30pm on Monday. About one hour later, a large cargo ship behind gave a signal to overtake his boat. When it did, big waves allegedly hit his boat, causing it to capsize, said the boat skipper.

Crewmembers jumped from the boat, except Mr Singh, who was taking a rest in the cabin at the time.

Amnart Sonmuak, direct or Samut Prakan Marine Office, said the investigation was being launched into the boat skipper's claim that the cargo ship was responsible for the incident. 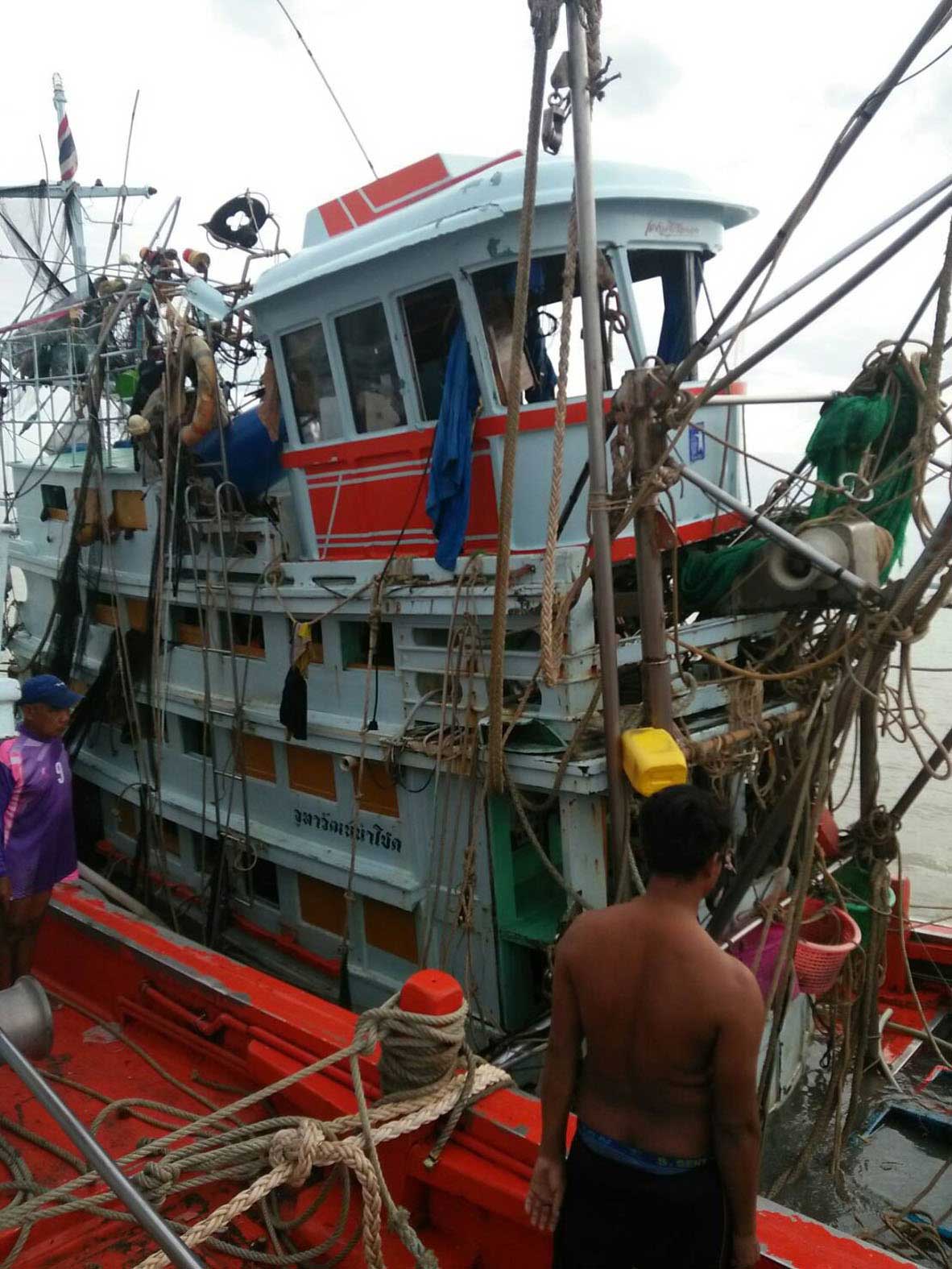 Por Thanu Thong fishing trawler is salvaged from the Chao Phraya River after it capsized on Monday evening. One crewman drowned, three were hurt and 19 others rescued.