The second of the four controversial Ultraman Buddha paintings. This one sold for two million baht when the auction closed on Friday. (Supplied photo)

NAKHON RATCHASIMA: The second of the controversial Ultraman Buddha paintings was sold for two million baht at auction on Friday - with the seller promising to give the proceeds to charity.

"Closed this picture at two million baht," he wrote.

He said the bidder had already transferred 500,000 baht in partial payment, and displayed the funds  transfer slip on his Facebook page.

The painting was put up for sale on Thursday, and by Friday morning had attracted a high bid of 1.5 million baht, an offer which was later exceeded.  The first of the four paintings to be auctioned off fetched 600,000 baht.

on Thursday, Mr Pakorn announced the second auction on his Faccebook page: "Let me continue by auctioning off this painting [one of the four Ultraman Buddhas] on this Hon Krasae talk show. This painting is now owned by a renowned photographer. He is busy with his work and asked me to auction it off. He bought it for 6,500 baht. Of the proceeds, 10% will be deducted to support the education of the student who painted it. The buyer wants to donate the rest to blind children and remote monk hospitals.’’

The Bangkok Post contacted Mr Pakorn on Friday morning and was told that a bidder had offered one million baht for the painting. He would close the auction at 3pm on Friday.

Mr Pakorn and other buyers bought the four controversial Ultraman Buddha works painted by a student artist at Nakhon Ratchasima Rajabhat University. On Wednesday, he auctioned off the first painting, which he bought for 4,500 baht, for 600,000 baht.

He said the two paintings had now raised 1.6 million baht, and the bidding for the second painting could still go higher.

Earlier, a group of Buddhists asked the Crime Suppression Division on Wednesday to prosecute the student and other people who supported her paintings, for depicting Buddha as the Japanese superhero Ultraman.

The group also targeted national artist Chalermchai Kositpipat, Papichaya na Nakhonphanom, director of the Terminal 21 shopping centre where the paintings were exhibited, lawyer Decha Kitiwithayanant and the student's adviser. The extremists called for the destruction of all such paintings. 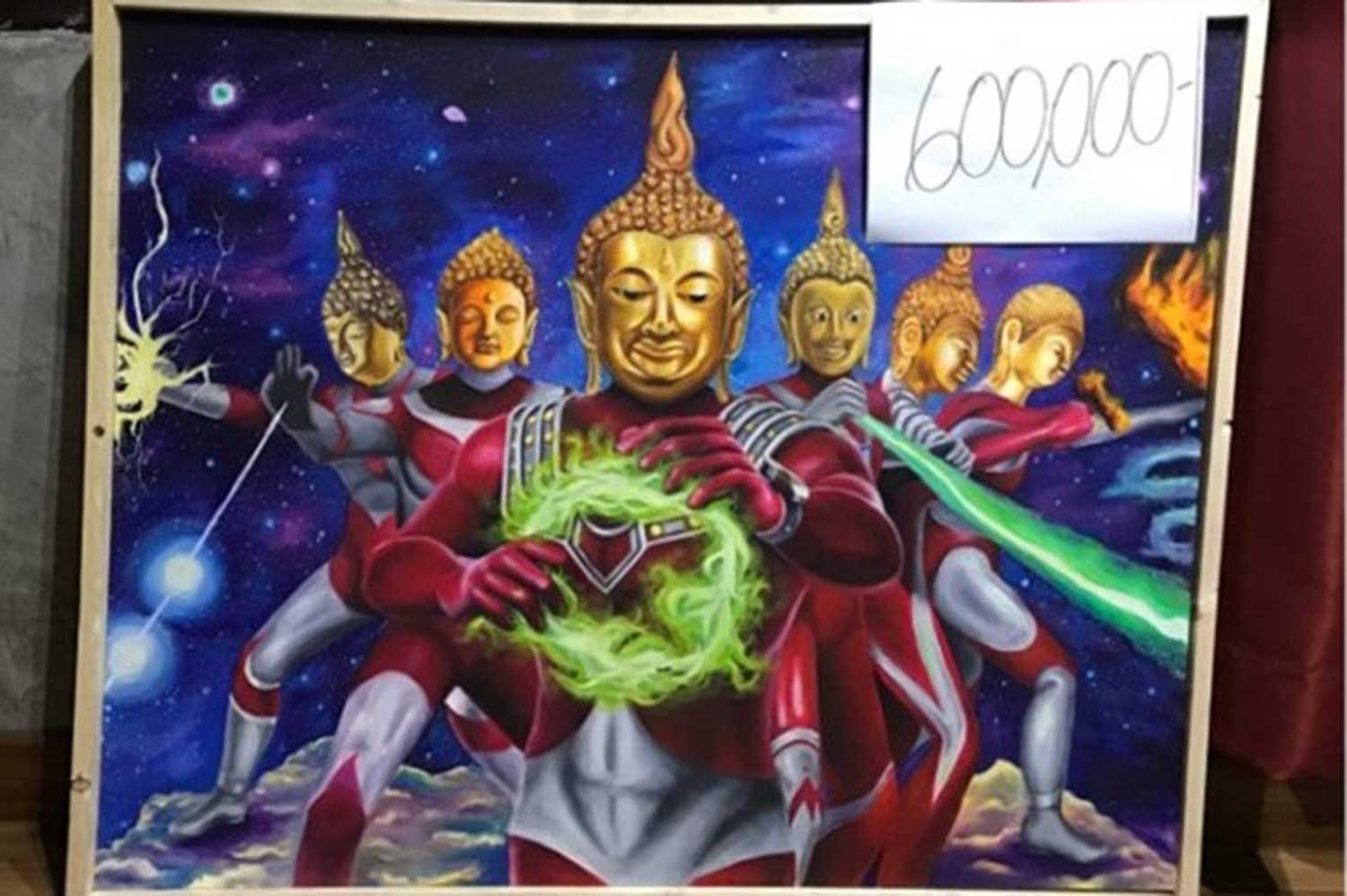