B107m donations as of 5pm Monday

Bin, 57, chairman of the Ruam Katanyu Foundation, went live at 3pm on Saturday on his Facebook page from the northeastern province. He showed the troubles faced by residents there and gave his personal bank account number for people who want to help.

By 5.40pm on Monday, the donations to the account reached 105 million baht, according to Thai media. He himself said he chipped in 1 million baht to the cause.

“At first we planned to give 1,000 baht to each affected household. But since the donations were higher than anticipated, we’ll double the amount,” he told a TV programme on Monday morning.

Bin added 12,500 households were affected and he had planned to raise 12-13 million baht. “I thought it would be around 5-6 million but as the donations poured in, we will double the amount.”

He pledged to bring the money to the most affected areas for maximum benefits.

“They desperately need money to buy what they need, rather than dry food or other stuff.”

Bin said at first, he thought he would fly back to Bangkok to withdraw his own money to give to these people. 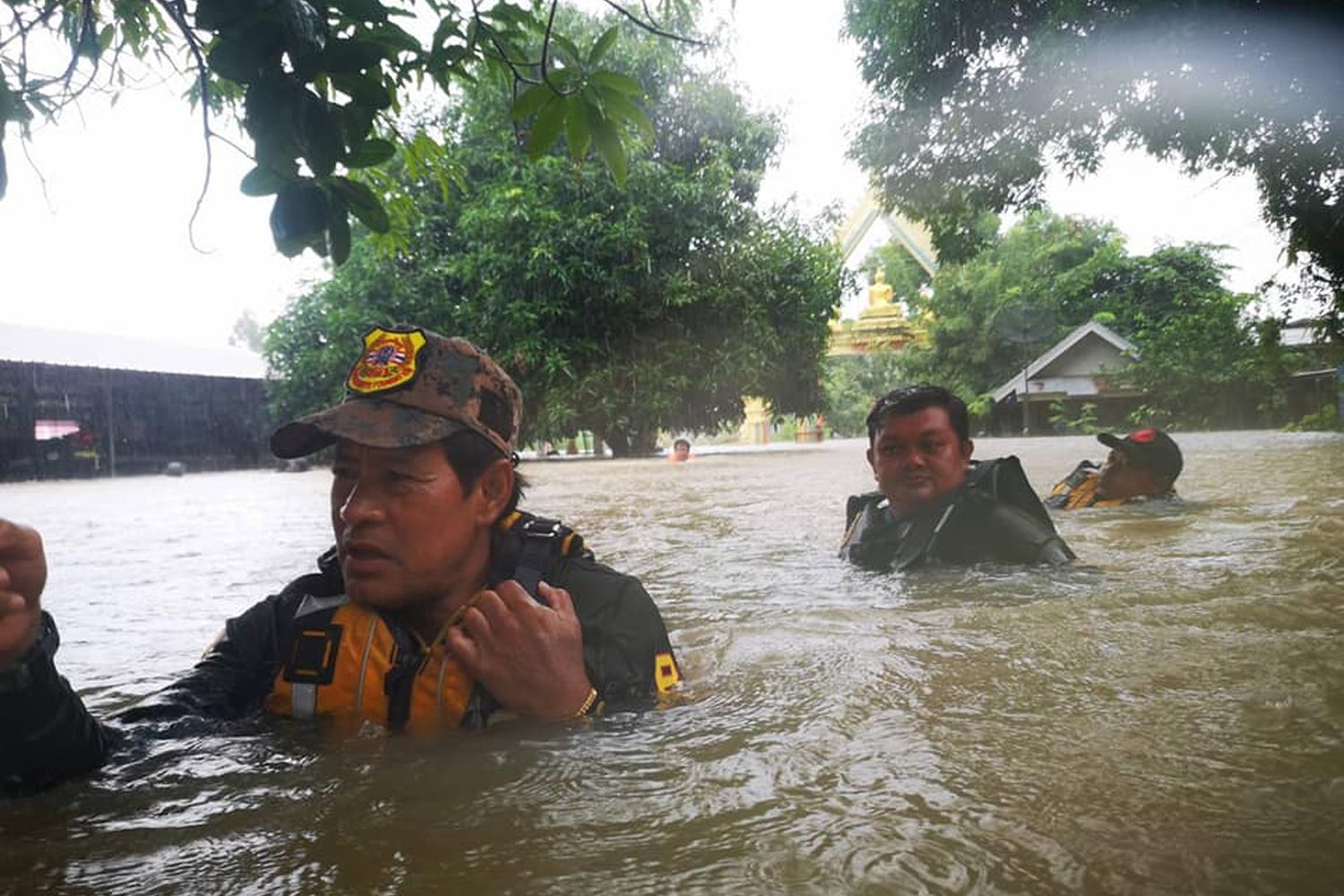 Two families of 15 who lived hand to mouth said they had 4,000 baht. They couldn’t work and all their belongings are underwater. I gave him 3,000 baht and they were so happy. They said they would buy baby formula, he said.

Bin’s call for donations has inevitably raised requestions about the effectiveness of the aid the government is providing.

“I thought about the 1,000-baht [tax rebate] for shopping to stimulate the economy and I was sad. Will it be better spent helping people there?”

He thanked donors, many of whom sent 10-20 baht, and wondered why this government did not set up a call centre to accept donations like others usually do when disasters strike.

As if heeding his call, the government announced on Monday it would host a TV programme to accept donations, with the prime minister and cabinet ministers taking the lines, a standard practice of all governments to reach out to the public during difficult times.

Prime Minister’s Office Minister Tewan Liptapallop said the programme would air during 7.30pm-10pm on Tuesday at 9 MCOT HD 30 channel and its network.

The proceeds will go to a relief fund of the Prime Minister’s Office. It will also be the centre for donations to help flood victims this year.

TOKYO: Tokyo Olympics organisers dismissed any link with rising coronavirus cases in Japan on Thursday after reporting 24 infections among Games participants, the highest yet.