Police display money, a pickup truck and other valuables seized from an alleged money-launderer for a Laos drug network, at Provincial Police Region 3 in Nakhon Ratchasima on Thursday. (Photo by Prasit Tangprasert)

NAKHON RATCHASIMA: An alleged money-launderer for a Lao drug network has been arrested in Mukdahan province, with police claiming he "washed" more than 200 million baht over a four-month period.

Watchaphum Sudlar, 41, of Bangkok, was charged with money laundering and paraded at a news conference in Nakhon Ratchasima on Thursday.

Police said they found 1.5 million baht cash and 55 million kip (about 190,000 baht) in his possession, along with four bank account books and five ATM cards. They also seized a pickup truck, five mobile phones, a five-baht weight gold necklace, a 1.8-carat diamond ring and other items as evidence.

His arrest came from an ongoing investigation into the money trail generated by a drug trafficking network based in Laos which smuggles drugs into lower northeastern provinces.

Many arrested drug offenders had transferred money into the bank account of a man identified only as Mr A. Money in the account was later transferred to other bank accounts. More than 200 million baht had passed through the account over four months, police said. (continues below) 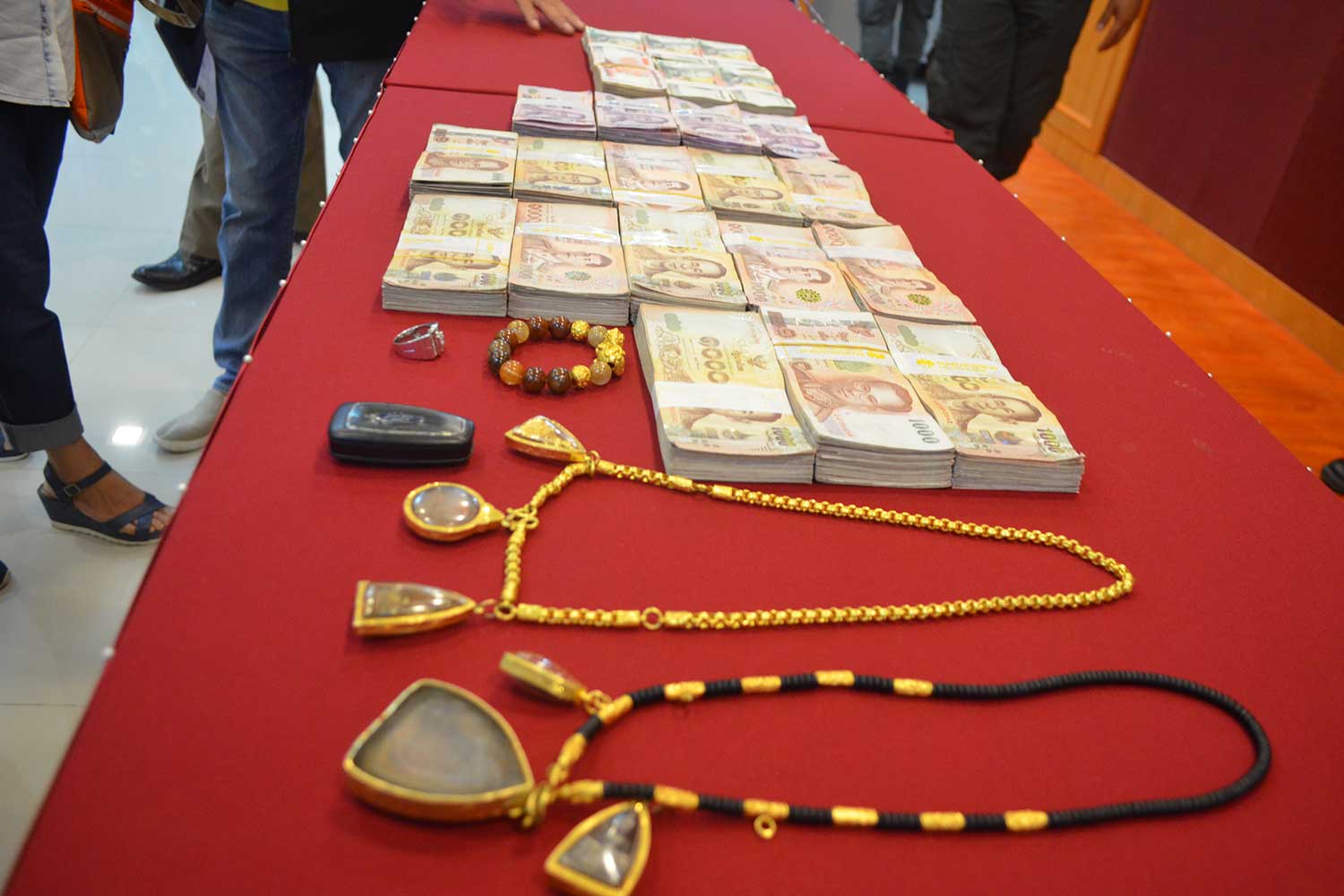 The investigators followed the money trail, which  led to the arrest of Mr Watchaphum at a bank in the Robinson shopping mall in Mukdahan province as he was about to withdraw money from his account.

Mr Watchaphum denied all charges. He told police he ran a currency exchange business in Outhoumphone of Savannakhet province in Laos. He often withdrew 500,000-5 million baht at a time after customers transferred money into his account. He then took the money to Laos to give to his customers.

Police were not convinced by his explanation. They have charged him with colluding in money-laundering  and detained him for legal action. 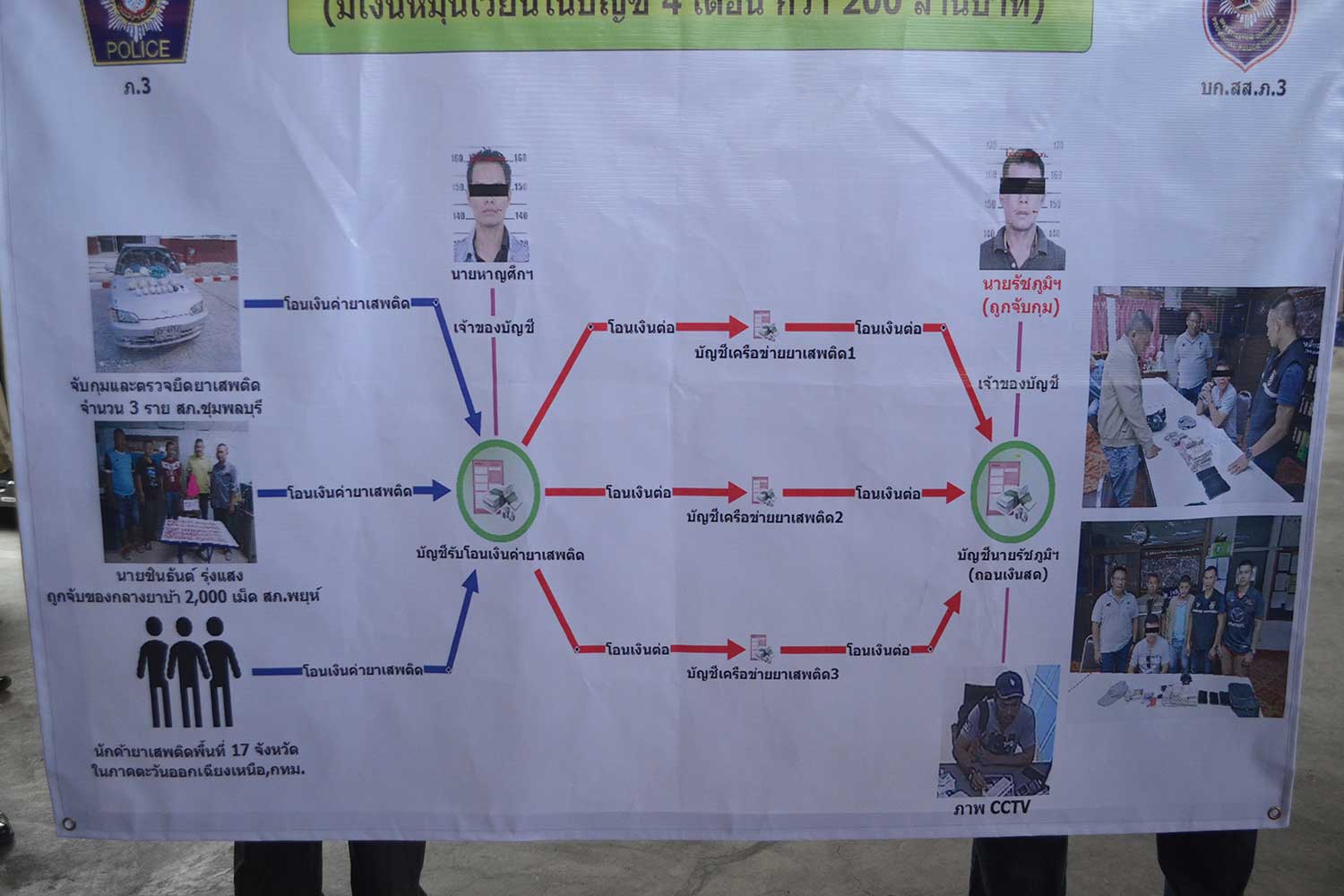 A police chart of the money trail of the drug network. (Photo by Prasit Tangprasert)