Heritage buildings line the streets in central Phuket’s Old Town. The province is promoting its architectural past as an added attraction for visitors. (Photos by Achadtaya Chuenniran)

CNN's Travel edition in August revealed something which has gone under-reported in the foreign media about Phuket.

It diverted the spotlight away from Phuket's world-renowned sun, sea and sand on the fringes of the island province to its city centre, where the Old Town was given long-overdue prominence.

The Old Town was listed by CNN among Asia's 13 most picturesque towns. The report could not have come at a better time as Phuket is seeking another listing vital for sustaining its cherished past.

The Fine Arts Department and the Phuket provincial authorities are gearing up to propose to the United Nations Educational, Scientific and Cultural Organisation (Unesco) that Phuket Old Town be listed as a World Heritage (WH) site.

But before this happens, the authorities must build a strong case to convince Unesco that Phuket's historical and cultural value have a shot at placement on the tentative WH list next year. 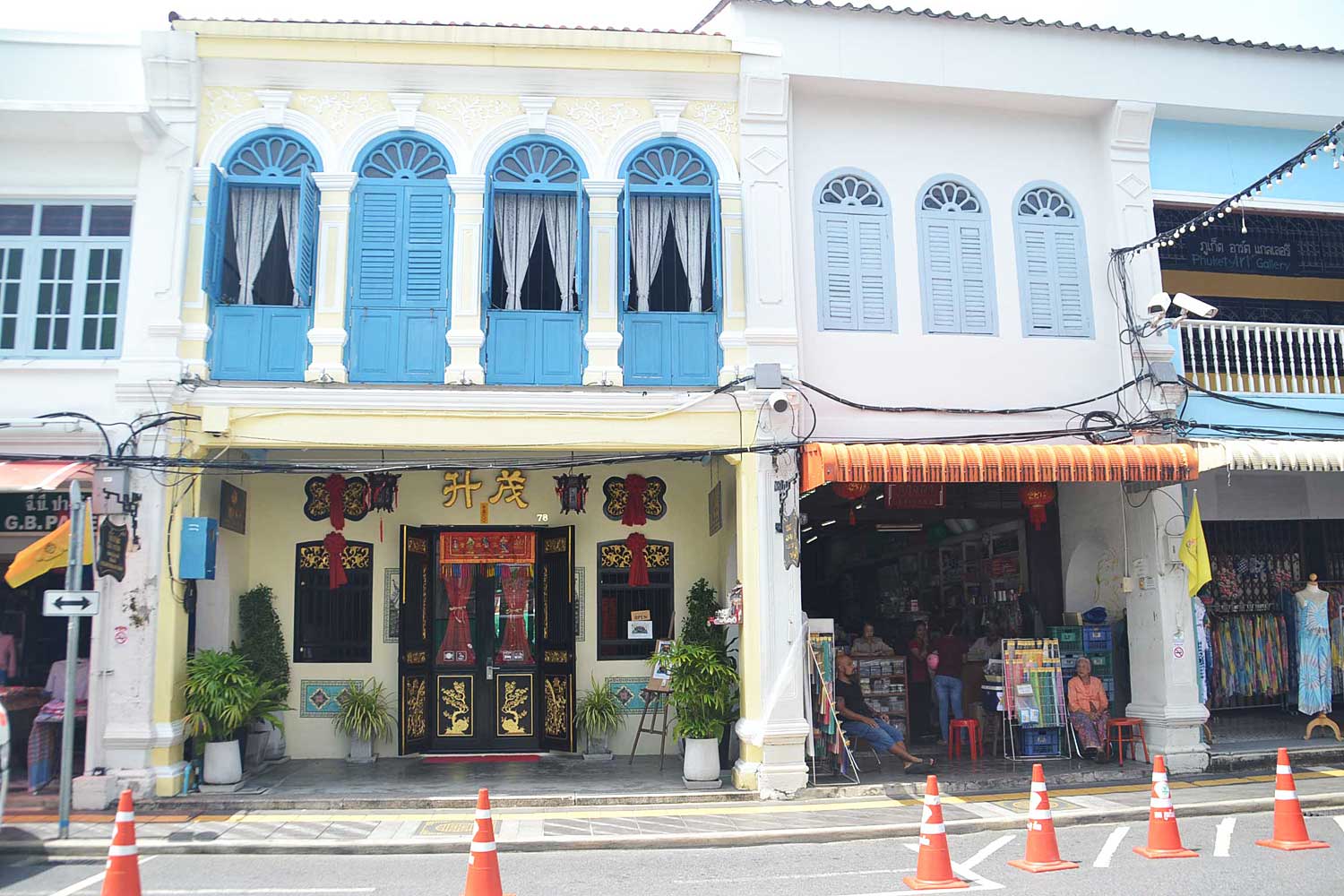 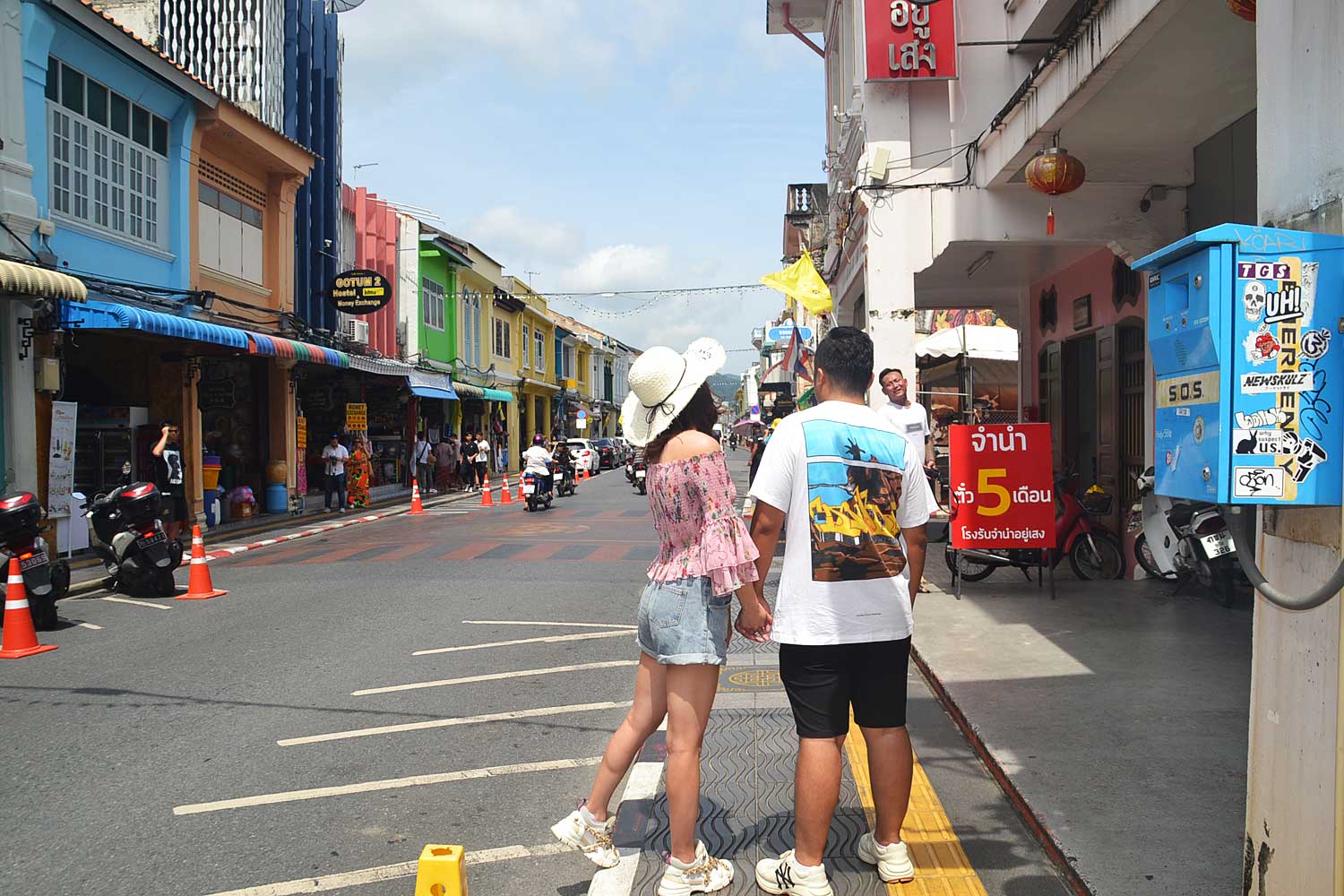 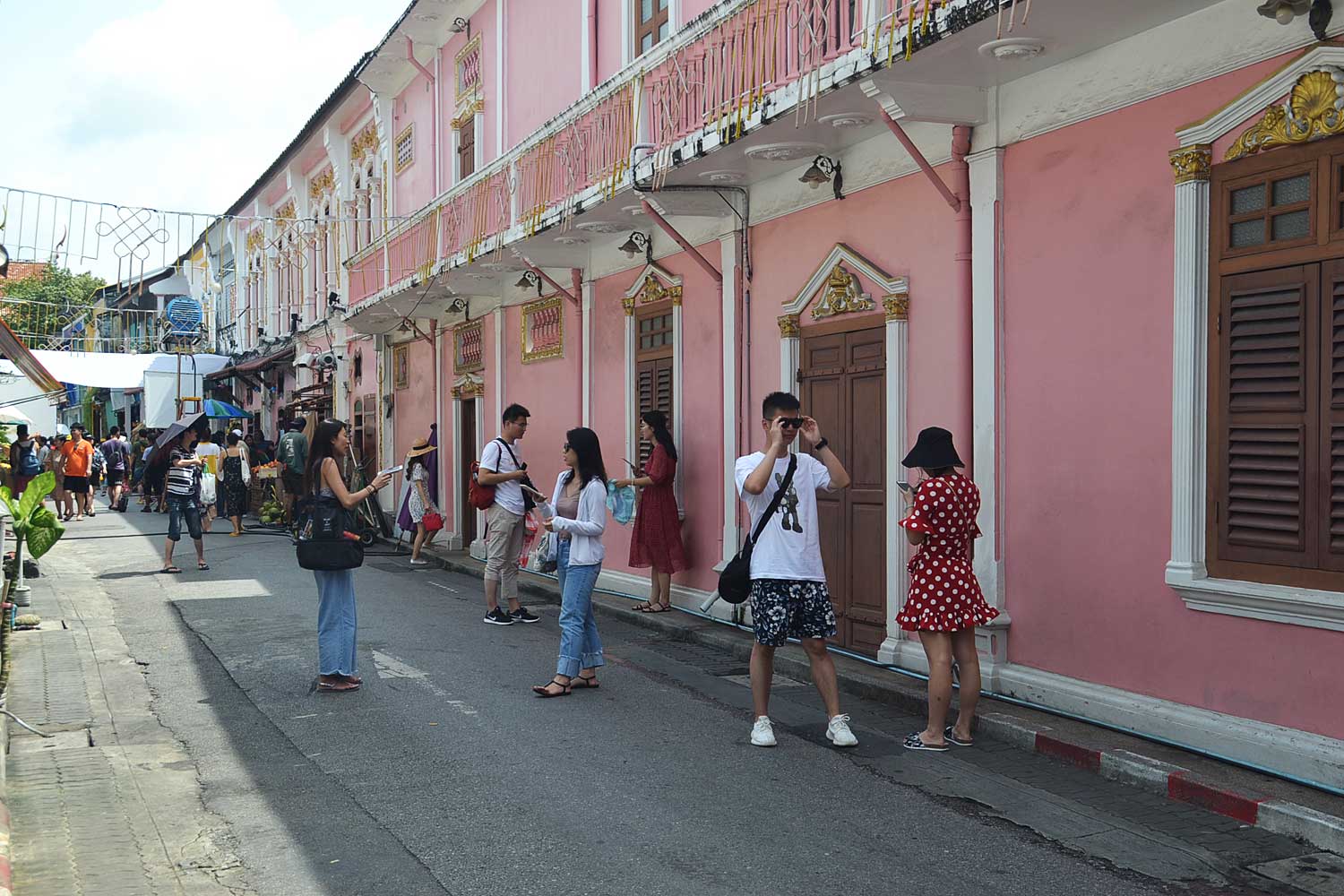 Old buildings, many of which are occupied by a younger generation of owners, are popular ‘check-in’ spots for visitors eager to walk down memory lane.

Provincial governor Pakpong Thawipat said the initial push for a WH listing came from the Fine Arts Department. However, inter-agency cooperation will be crucial in clinching the nomination and Phuket Old Town's eventual recognition as a WH site. The town is managed by the Phuket municipal office.

According to Mr Pakpong, the quarter has been off-limits to commercial development since 2017 when the government declared it a historical preservation zone.

Phuket is in direct competition with other tourist attractions in Asean, such as Penang in Malaysia and Malaga in the Philippines, which are also strong candidates for a WH listing.

Phuket has long been a flagship destination in Thailand, made unique by its culture and people's lifestyle.

The island province has gained worldwide fame as the "Pearl of the Andaman" for being home to some of the country's biggest pearl farms. The farms, as well as its tin-mining past, were what put Phuket on the map long before its tourism boom.

During the reign of King Rama V, Phuket was a major producer of tin ore, which saw overseas investors set up businesses and cash in on the mineral.

With the flourishing trade came Chinese migrant workers, whose influence when mixed with that of Portuguese traders of a bygone era made the local cultural scene even more prevalent.

The fusion of cultures created a blend which has become known as the Sino-Portuguese influence that can be seen in the architecture of Phuket's old buildings.

These architectural features stand out in the imposing buildings lining the streets. The first recorded example of Sino-Portuguese influence in Phuket dates as far back as the early 16th century, according to the Fine Arts Department.

Don Limnontapisit, leader of a community-based tourism group in Phuket's old town, said the Phuket municipality has for three decades been encouraging residents to preserve the Old Town's charm.

"The smiles of Phuket residents are a strong point that leaves a long-lasting impression on foreign visitors," he said.

Many buildings are at least 100 years old. They have been inherited by a younger generation of owners who have invested in maintaining the buildings' original integrity.

Mr Don said Phuket's appeal has "branched out", from an industrial mining town which managed to keep its architectural prominence intact over many generations, it has capitalised on its natural attractions along the coast. That is a combined uniqueness which is different from other destinations.

The Old Town, which also won this year's prestigious Thailand Tourism Award, is vibrant as many people still live in the buildings. The residents have formed a committee, which includes representatives of relevant agencies, to proceed with the renovation of the old buildings and retain a living legacy. A plan was rolled out which will act as a roadmap for getting the conservation work done.

Already, the area is bustling with visitors, most notably on Sundays when a walking street is opened and acts as a magnet welcoming more than 20,000 people. However, Mr Don said the Old Town is short of parking spaces.

Phuket municipal mayor, Somjai Suwansupana, said the priority is to ensure the Old Town is preserved for as long as possible, while the residents maintain a good standard of living.

The residents hold the key to sustaining the vibrancy of the place, which leaves a lasting impression on visitors.

"What must be preserved are the architectural character of the buildings, the way local food is prepared and offered, as well as how the locals dress," she said.

The focus of attention is on Klang Road which exhibits some of the last remnants of Phuket's tin-mining glory from more than a century ago.

More than 70% of Phuket's population are sixth-generation residents who have grown accustomed to a multi-cultural living environment in which people of different faiths such as Muslims, Sikhs and Hindus form an intricate social fabric.

Visitors who explore the interior of the province come face to face with a genuine way of life, she said.

She added the popularity of the Old Town as Phuket's "stand-alone" attraction has established a firm footing on the Asean tourism map.

Sirawee Waloh, a tourism authority expert, said the locals themselves should play host and get up close with the visitors.

If residents can be tour guides leading visitors around areas frequented by locals and show them less-explored locations, the visitors will come away impressed and the hosts will also feel motivated to preserve their homes better and their way of life.

"Phuket, needless to say, is qualified to go on the World Heritage list," she said.

Kanokkittika Kritwutthikorn, director of Phuket's tourism office, said the authorities have pushed hard for many years for the Old Town to be recognised overseas.

"We have contacted tourism agencies in Europe and Asia to add Phuket's Old Town to their travel programmes.

"The incentive is the area can give an unseen or authentic perspective of the Phuket travelling experience," she said.

CNN's tribute to the Old Town was the culmination of years of preservation efforts which have benefited the province in other ways, particularly the local economy, according to Somyot Pathan, a prominent figure in the Old Town.

Roengkiat Hongyok, a resident who conducts his business out of his Old Town home, said he has witnessed the transformation of Phuket into a tourism hub, which motivates him to preserve the province's allure.

"The house has a dramatic story to tell. Even the Chim Jae [an old well in the middle of the house] has been kept intact," he said, adding that the story of a house with history can only be best told by its occupants.

"We used to lead a quiet life until the visitors came along. We felt compelled to do something with the house and it has generated some cash for us," he said.