Huay Mae Khamin waterfall in Sri Sawat district of Kanchanaburi remains open to visitors but off-limits for swimming because of heavy runoff. (Photo by Piyarat Chongcharoen)

KANCHANABURI: Visitors have been barred from swimming at Huay Mae Khamin and Phatad waterfalls in Srinakarin Dam National Park as heavy water runoff after recent storms has made conditions too dangerous at the popular tourist attractions.

People can still visit and walk around the sites as usual, and staff will be on hand to patrol the areas to ensure safety, park officials said on Saturday.

Thiti Somphee, the national park chief, said runoff from the surrounding forests had poured rapidly and violently into Huay Mae Khamin in Sri Sawat district and Phatad waterfall in Thong Pha Phum district. The water has become murky as a result, reducing visibility for swimming, he added.

Mr Thiti said he could not predict how long the swimming ban would be in effect. If it doesn’t rain in the next two days, the water at the two falls should gradually start to clear up. After that, authorities will reassess conditions and could allow visitors to swim. 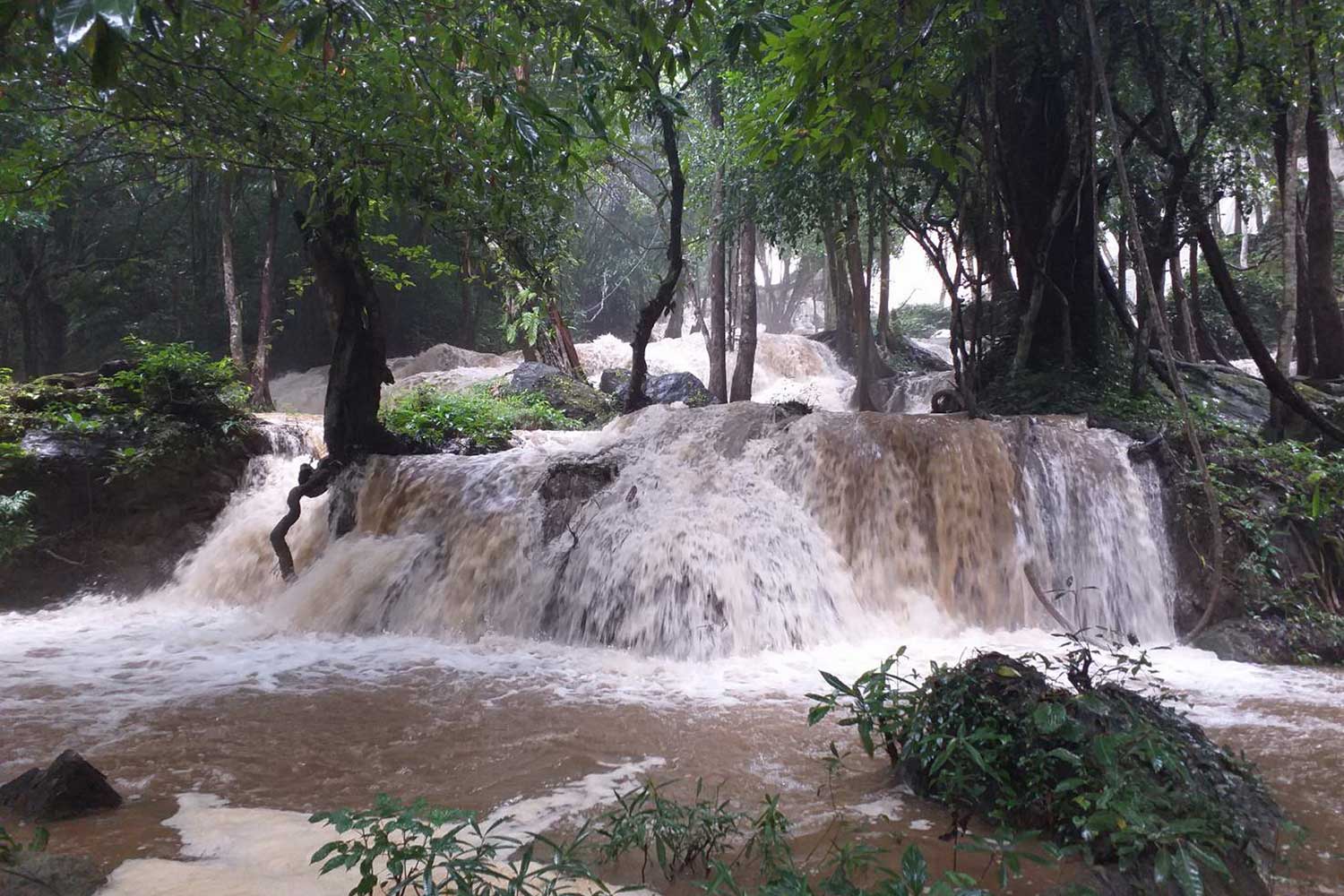