Passengers on the Blue Line extension to Lak Song station are required to pay fares from Sunday. (Photo by Watcharawit Phudork)

The Blue Line began charging fares to passengers on its extended route from Hua Lamphong to Lak Song stations on Sunday, ending free rides during the trial run.

The MRT line extension officially launched on Sunday, charging passengers from 16 to 42 baht for the ride to  11 new stations stretching to the terminus at Lak Song.

Bangkok Expressway and Metro Plc (BEM), the company that operates the Blue Line, offered a 16-kilometre-long free ride from Hua Lamphong to Lak Song from July 28 to Saturday.

Government spokeswoman Narumon Pinyosinwat said on Sunday Prime Minister Prayut Chan-o-cha will ride on the new rail extension from Tha Phra to Wat Mangkon on Monday. A BEM official said the prime minister's ride will start at 9am.

The MRT plans to open another new route from Tao Poon to Tha Phra in the first quarter of next year to complete its loop. 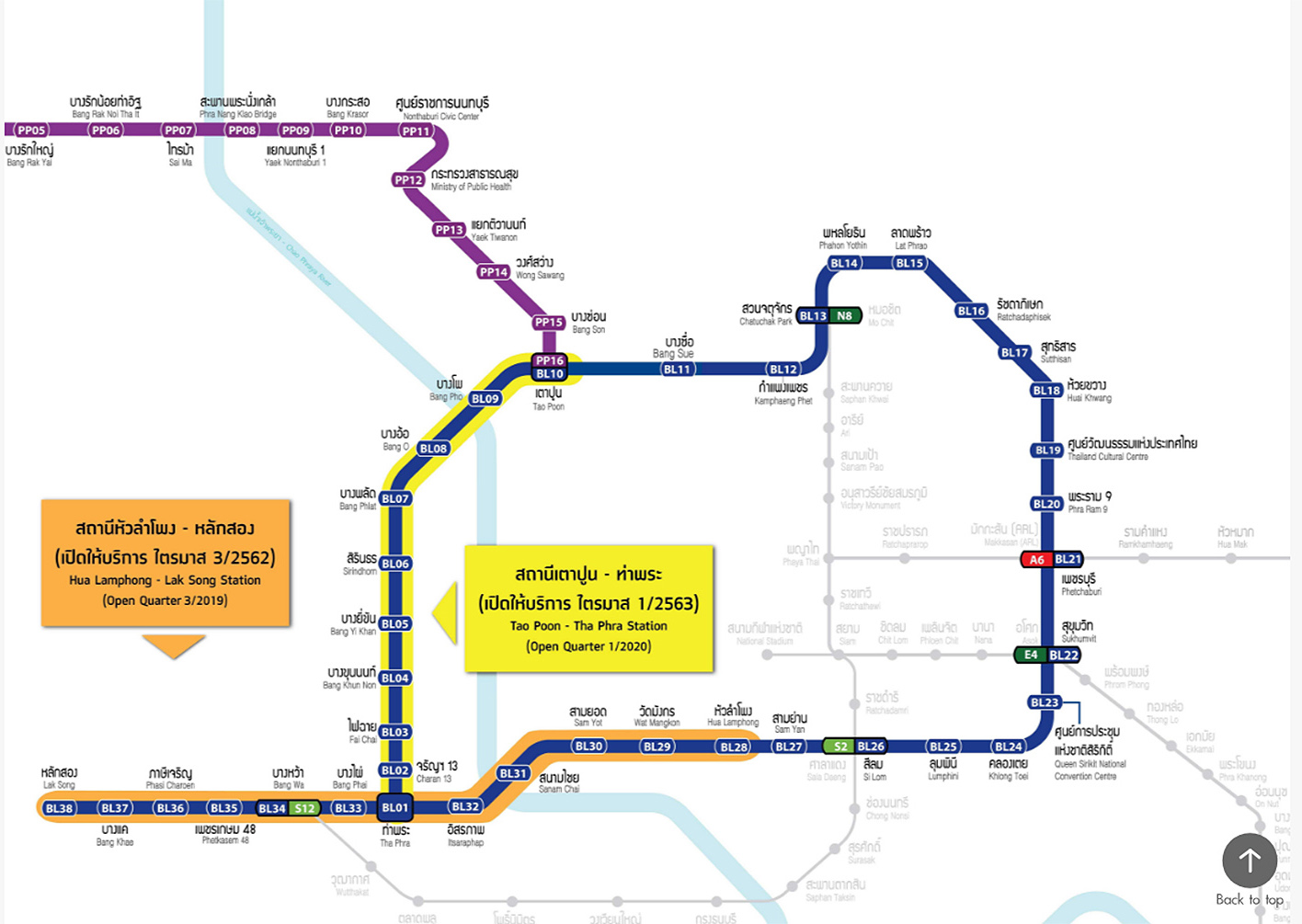 Stations on the Blue Line and Purple Line operated by Bangkok Expressway and Metro Plc. (Graphic from bemplc.co.th)