The deadline is more than two years ahead of the government’s 2018-2030 roadmap on plastic waste management which seeks to end the use of shopping bags by 2022.

The natural resources and environment minister said the decisive campaign was long overdue.

“We have spent so much time negotiating; now it’s time for action,” Varawut said.

The minister also urged consumers to start modifying their lifestyles and behaviours. At least, they must prepare to bring their own bags to carry groceries and other things.

“Cooperation is key to reducing plastic waste,” he said. 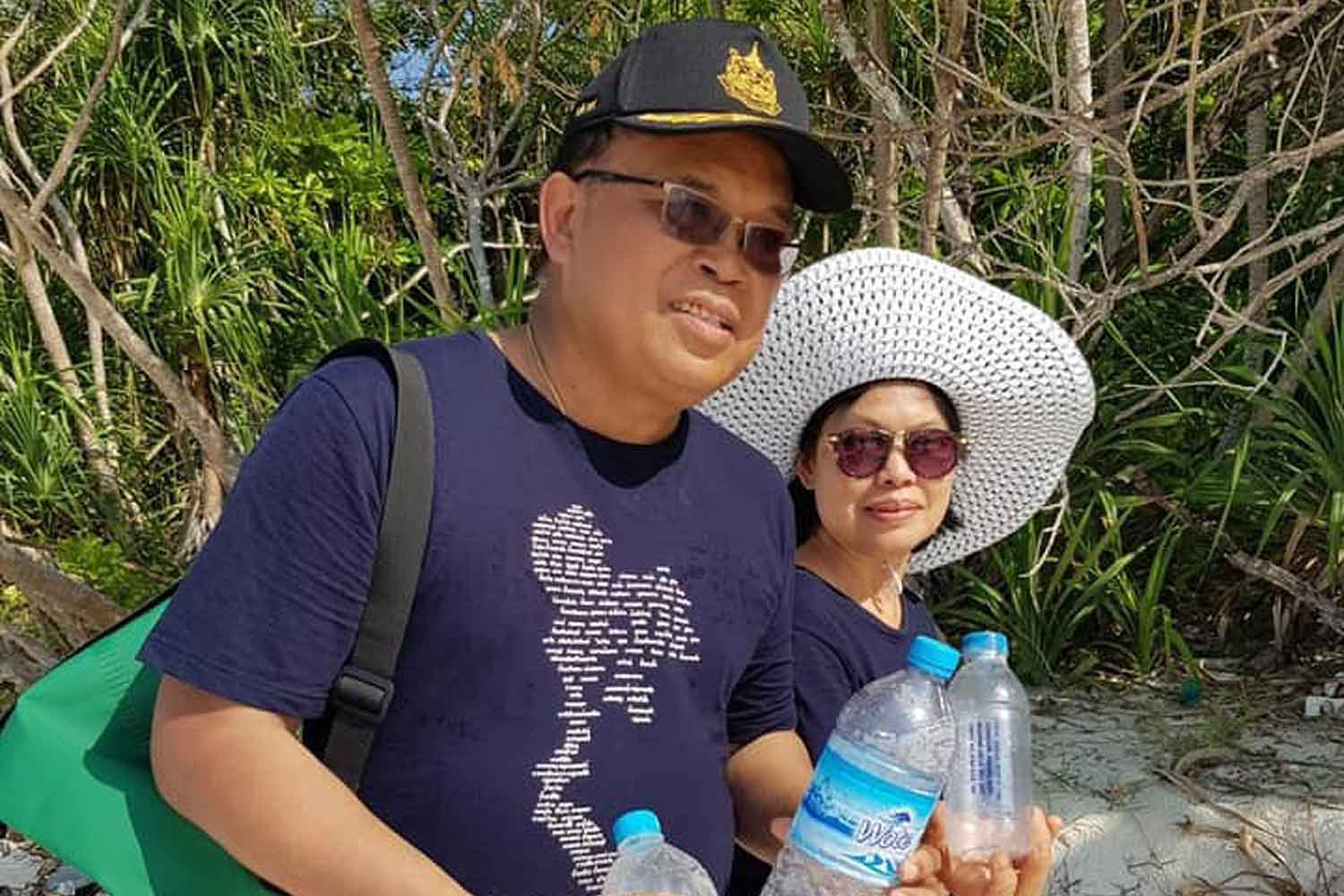 Wijarn Simachaya, permanent secretary of the Ministry of Natural Resources and Environment.

The idea of relying on collaboration rather than coercion lies at the heart of Thailand’s driving force to end plastic waste - the Public Private Partnership for Plastic and Waste Management or Thailand PPP Plastic.

The partnership was initiated in 2018 to address Thailand’s plastic debris. Initially, 15 organisations joined the programme. In 2019, the membership more than doubled to 33 organisations.

These include key government agencies like the Department of Pollution Control, the Bangkok Metropolitan Administration, and the Ministry of Interior.

The PPP Plastic enjoys cooperation from many leading corporations, including Central Group, Down Chemicals, IRPC, SCG, PTTGC, and Siam Piwat.

PPP Plastic set out an ambitious goal of reducing plastic marine debris by at least 50% and for all plastic waste in Thailand to be fully recycled by 2027.

It plans to achieve these goals through a circular economy philosophy - reducing single-use plastics, recycling where possible while returning waste into the manufacturing system.

The partnership endorses the use of innovative techniques to enable more efficient uses of plastics, turning plastic bottles into T-shirts for example. It has rolled out education and awareness campaigns to make people realise the severity of the plastic waste problem.

Wijarn Simachaya, permanent secretary of the Ministry of Natural Resources and Environment who chairs the partnership’s plastic waste management subcommittee, said the 12-year roadmap is the most tangible achievement for the PPP.

To him, the clear goal, specific timeframe and consultative approach has allowed concerned agencies and consumers to adjust themselves to the new demands smoothly.

“That we have a roadmap makes every party - business operators, regulators, consumers - realise what they have to do to make it happen,” Wijarn said.

He added that PPP has achieved its goals of phasing out plastic microbeads, OXO-degradable plastics and cap seals, which were deemed unnecessary, within this year. Its next targets are shopping bags, Styrofoam containers, plastic cups and straws which should be phased out by 2022.

“We are going in the right direction,” Wijarn declared. “We focus on raising awareness and initiating campaigns to persuade people to reduce plastic waste. A no-bag campaign at 7-Eleven for example has reduced the use of plastic bags by more than 100 million pieces.”

He added that the PPP is on course to achieve its goal of having zero plastic waste by 2027.

“We can’t live without plastics. The issue is how to handle the waste effectively. Public awareness is the most important factor in driving this campaign,” Wijarn said.

He added that from about two million tonnes of plastic waste generated each year, only about 500,000 tonnes can be treated properly. The remaining 1.5 million tonnes end up in sewage, rivers or the oceans in different forms.

The harm that plastic waste and micro-plastics causes to the environment and marine animals has become well-known, especially after recent deaths of whales and the young dugong, Mariam.

Considering the size of the problem and how it concerns so many groups of people, plastic waste management is a formidable challenge, Wijarn admitted.

Still, now is probably the most opportune time to step up efforts.

“After Mariam’s death, people have become more aware of the problem. It is high time for us to drive home our campaigns,” Wijarn said.

He added the partnership does not rule out enacting new laws or regulations to curb the problem if necessary.

“We have enjoyed healthy cooperation from business organisations and the public so far but when the time comes we may need other measures, including taxation, to help us realise the goals,” he said. 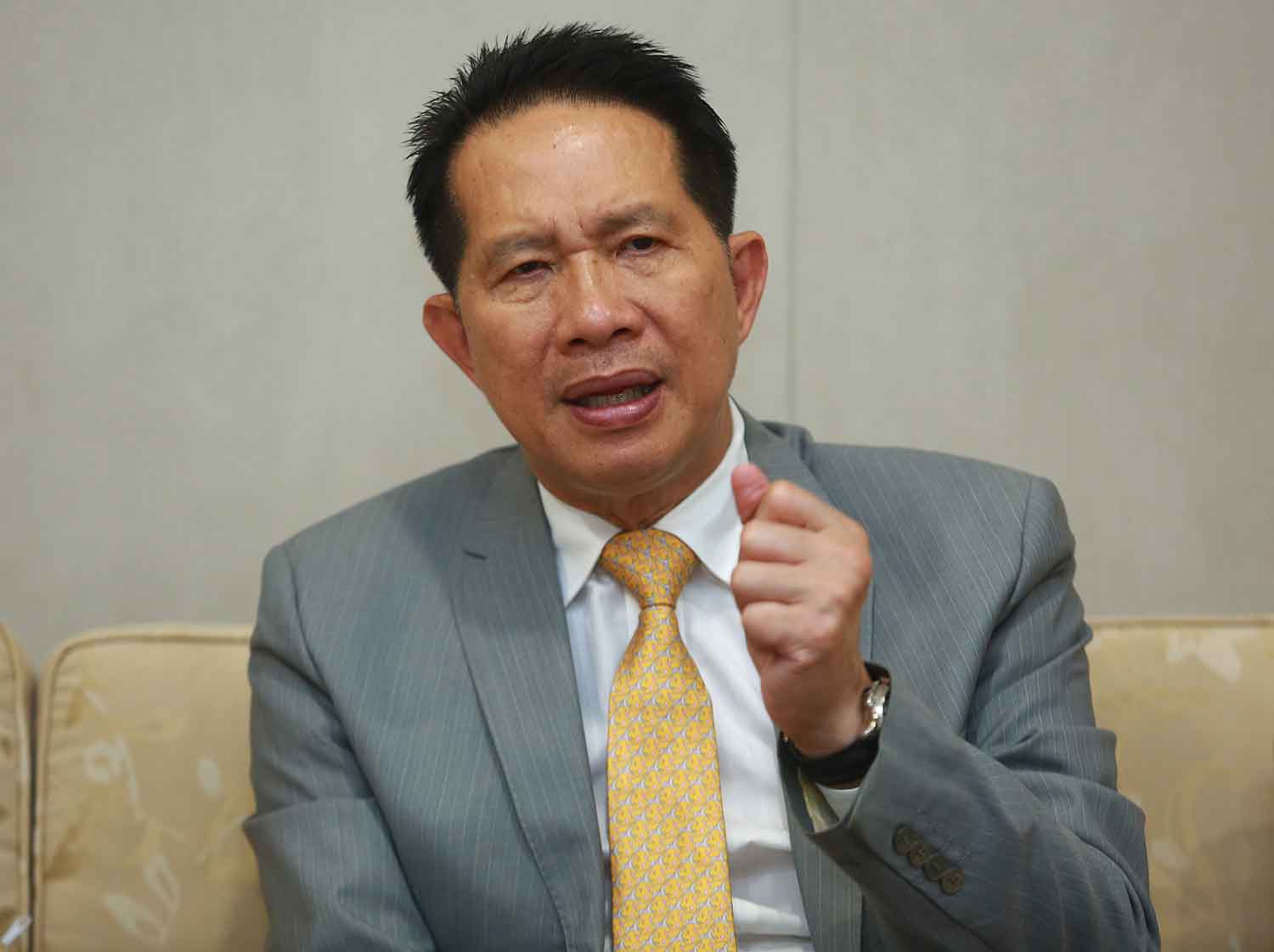 FROM WASTE TO ENERGY

Meanwhile, Supant Mongkolsuthree, chairman of the Federation of Thai Industries (FTI), believes more can be done to turn plastic waste into raw materials or energy.

“Waste is not all trash,” Supant said. As a key member of PPP Plastic, the FTI has worked with its plastic industries club to ensure that members understand the roadmap to manage plastic waste.

“Most of the waste can be recycled. There is toxic waste that nobody wants because it carries no income while costing so much to dispose of. There are also the types of wastes that can be recycled. If we do it right and manage it full-cycle, we can recoup some new materials and turn it into assets,” Supant said.

The FTI chairman urged the government to invest more in waste recycling technologies such as waste-generated power plants.

“So far, we have relied mostly on landfill as it is the cheapest way to manage waste. But waste-to-energy technologies have become better and cheaper as well. Their effectiveness in managing waste is high and can be expanded in many areas,” Supant said.

Supant said most single-use plastics and Styrofoam containers producers are aware of the plan to phase out the products and ready to cooperate with the roadmap. Research and development efforts to engineer alternative materials are well underway, he added.

Now, it is also up to consumers to determine the success of the campaign.

“Consumers have to play their part in taking care of the environment,” the FTI chairman said. “For small vendors, plastic bags and containers are still the most cost-efficient choice. Consumers have to say no to them so that these businesses realise they have no choice but to adapt themselves.” 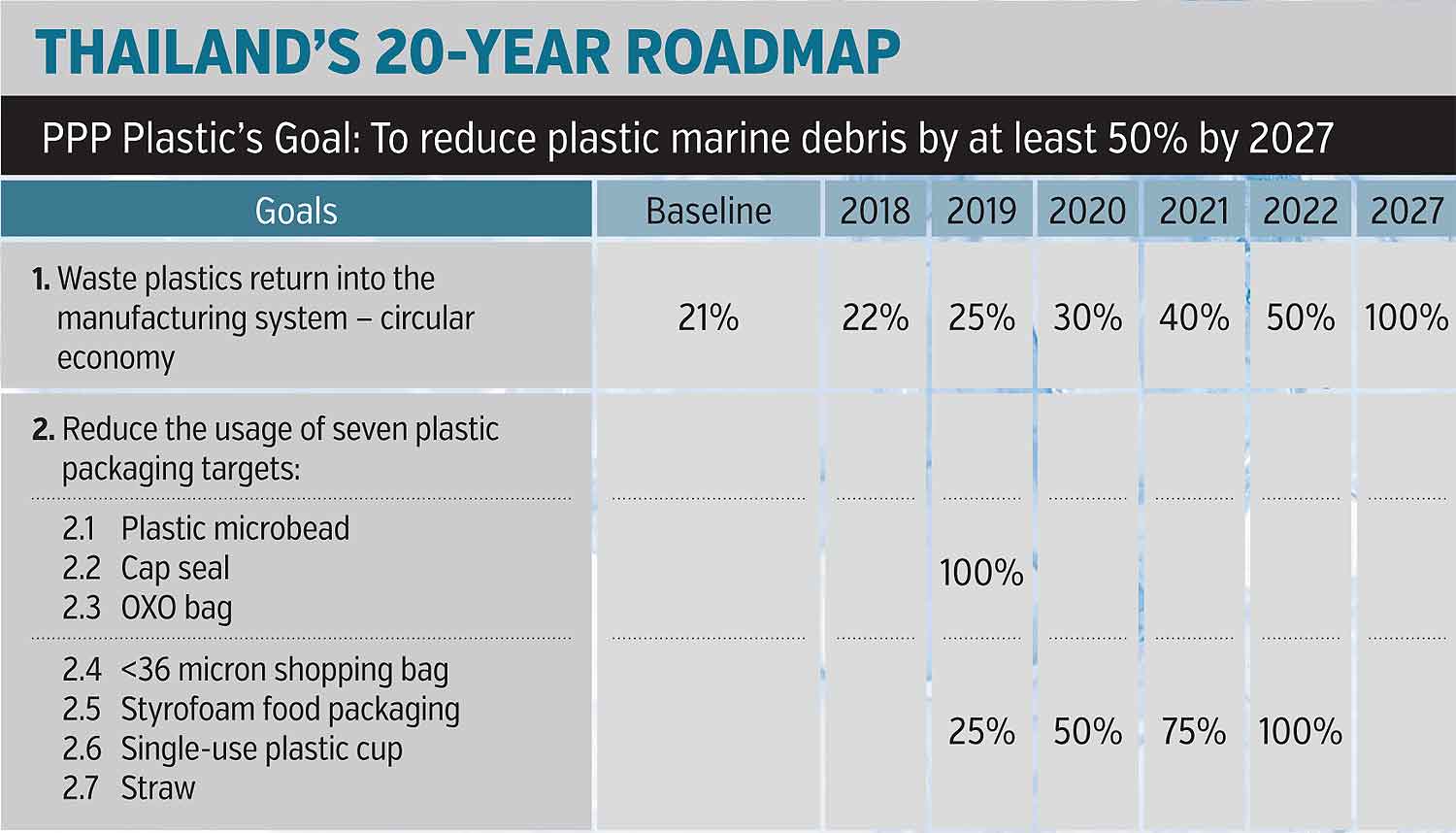 PARIS: Real Madrid remain Europe's most valuable football club despite the ever-increasing dominance of the English Premier League, according to a report published Thursday by analysts Football Benchmark.