Thick haze shrouds parts of Bangkok where levels of ultra-fine PM2.5 dust soared beyond the acceptable limit on Monday. (Photo by Patipat Janthong) 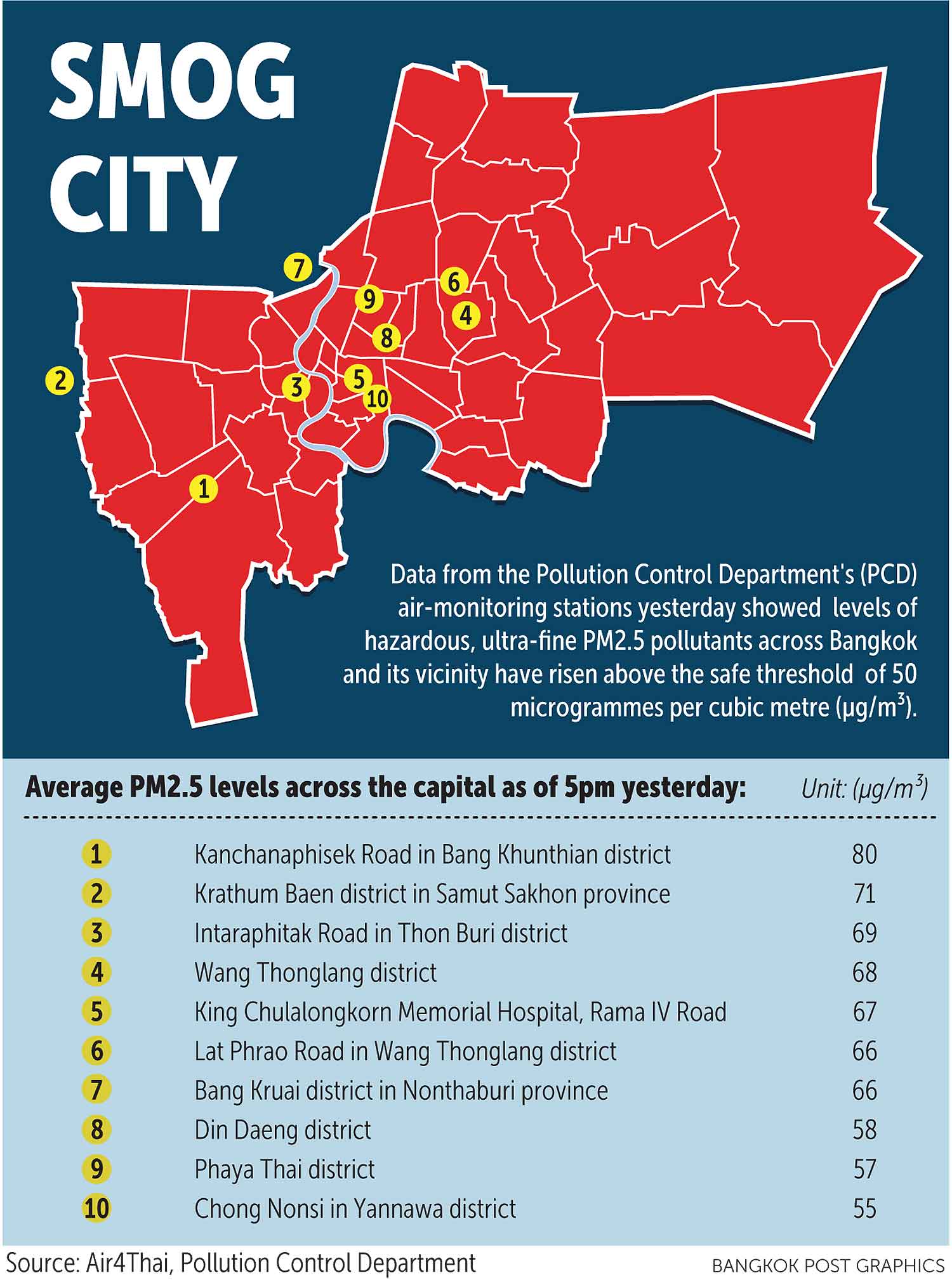 The urgent meeting was called after fine PM 2.5 dust haze returned to blanket the capital and its vicinity.

Water-spraying operations began yesterday in Laksi district and other parts of Bangkok in a bid to reduce PM2.5 levels around schools and major routes such as Chaeng Watthana Road and Vibhavadi Rangsit Road.

Pralong Damrongthai, director-general of the Pollution Control Department (PCD), blamed the pollution on air stagnation air and lower rainfall during the seasonal transition.

Bangkok residents can expect a brief respite today as drizzle, forecast to douse the capital, should reduce PM2.5 levels. 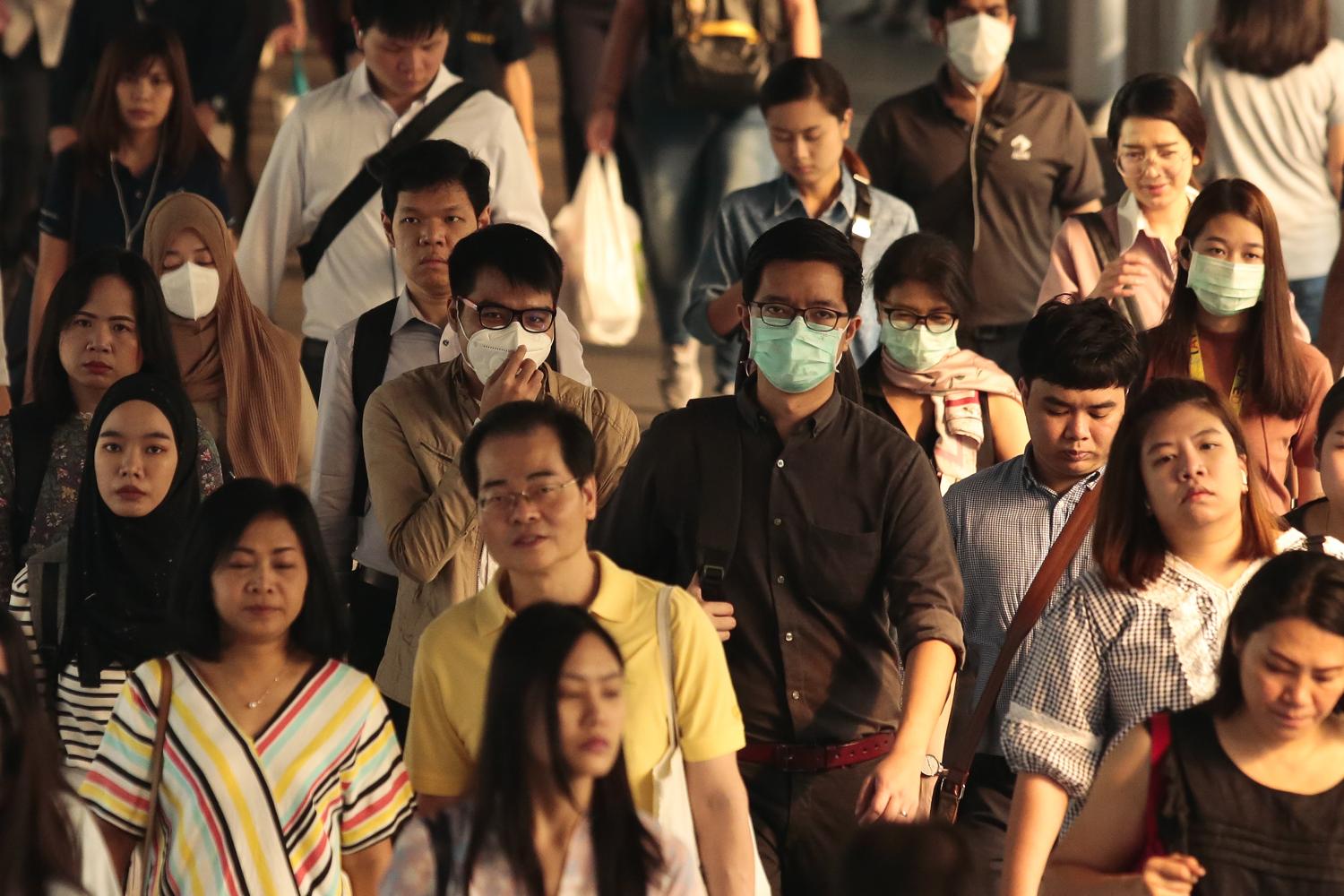 Some skytrain passengers at Chong Nonsi station in Bangkok wear face masks to protect themselves against PM2.5-laced haze.  photos by Patipat Janthong

Central Bangkok also suffered worrying levels of air pollution on Monday. The PCD air-monitoring station next to Lumpini Park, a green oasis in the heart of the city, recorded a PM2.5 level of 67 µg/m³.

As of 5pm, Bangkok had the world's worst air quality among major cities, according to data from IQAir AirVisual, behind Vietnam's Hanoi and Chengdu in China.

At just 1/20 the diameter of a human hair, the microscopic PM2.5 dust penetrates deep into lungs, from where it enters blood vessels, leading to respiratory and cardiovascular disease. The dust is emitted by industrial activity, vehicle exhaust, and open burning.