Phra Khru Wichian Panyaporn, 54, or Phra Pamitr, abbot of Wat Chom Sri in Muang district of Phetchabun province, at the provincial police head office after being arrested on a charge of indecent behaviour. (Photo by Soonthorn Kongwarakhom)

PHETCHABUN: The abbot of a temple in Muang district of Phetchabun, who was seen in a video groping a young man's groin, has been arrested on a charge of indecent behaviour.

Phra Khru Wichian Panyaporn, known as Phra Pamitr, abbot of Wat Chom Sri in Muang district, was apprehended at a temple in Lop Sak district by police from Muang and Lom Sak districts on Tuesday morning, a reliable source said.

The abbot did not resist. He donned his saffron robes and was taken to the Phetchabun provincial police office for interrogation.

Police later took the abbot to Wat Mahathat temple in Muang district, where the provincial chief monk, Phra Patcharodom, expelled him from the monkhood.

Wearing a short-sleeved shirt and shorts, the former abbot was taken to Muang police station to face legal action for alleged indecent assault

Phra Pramitr, 54, also dubbed "Luang Jae’’ (Jae meaning sister), came under a barrage of criticism from  netizens after a short video circulated showing him hugging a handsome young shop employee and touching his groin at a store in Muang district on Sept 23.

On Sunday, about 100 disgruntled local residents rallied at the temple and demanded the removal of the abbot. He was not there, and was said to have gone to Bangkok. 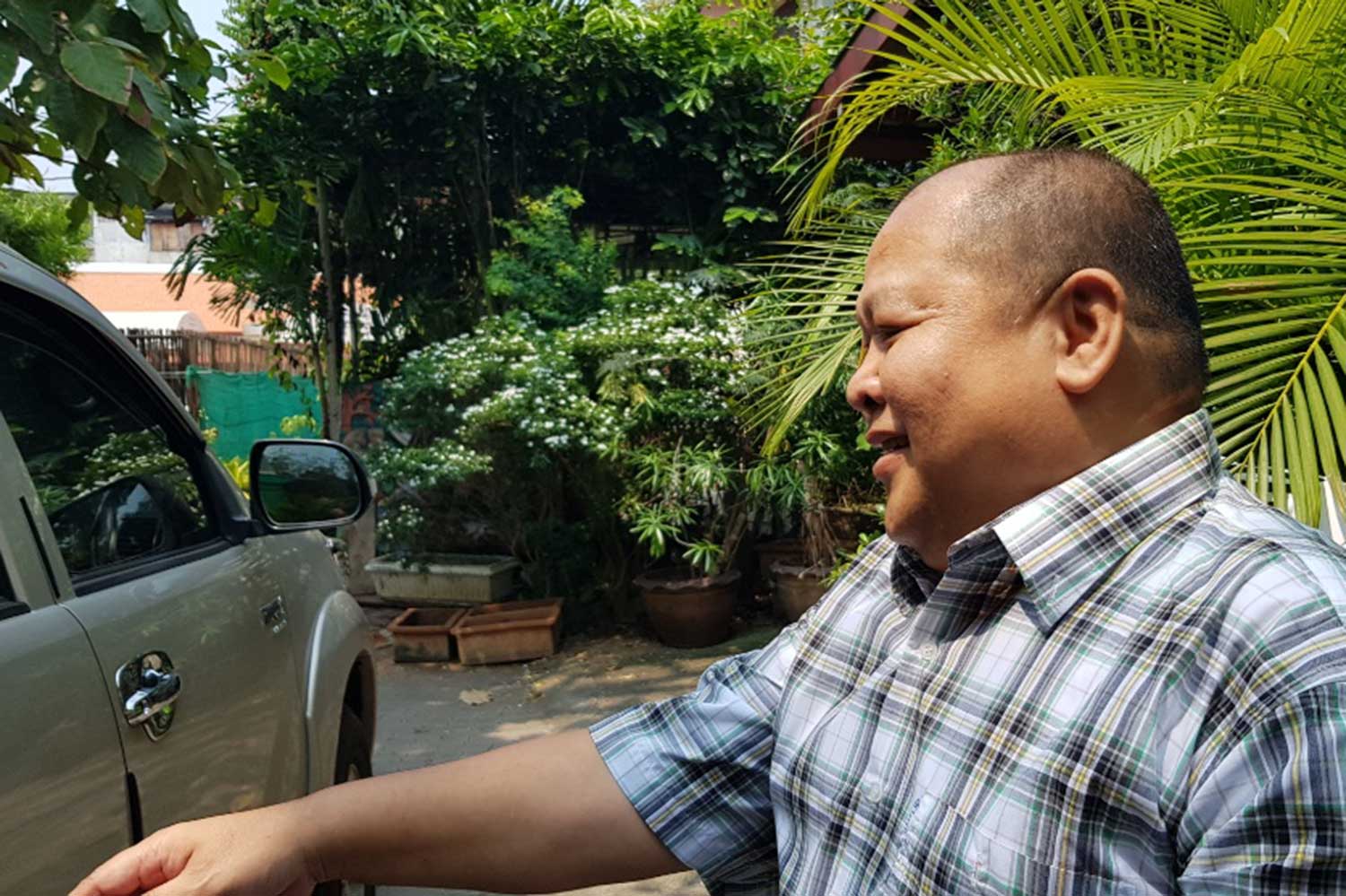