Says she was distracted on mobile phone

The mother (left) of a deceased 18-year-old baby boy who claimed he was kidnapped was found guilty of accidentally causing his death while using her mobile phone at her home in Si Satchanalai district of Sukhothai. (Photo by Phubet Faithes)

The mother of a deceased 18-day-old baby was found guilty of accidentally causing the death of her child.

Isaraporn “Oil” Foilueang, 22, the mother of the baby boy, identified as Prachya Dechomeng, admitted that she had unintentionally allowed her newborn to suffocate because she had been busy using her mobile phone.

She confessed that she had been playing with her phone while feeding her baby with a bottle, and that she later found that her baby had stopped breathing.

Her confession was in line with the result of the autopsy, which shows that the baby suffocated.

Ms Isaraporn admitted to police that after discovering that her baby had stopped breathing, she panicked and hid the body in a wardrobe before going last Thursday to police to report that her son had been kidnapped.

The Si Satchanalai police station reported that they would press charges against her for perjury, concealing a corpse and carelessness leading to the death of another.

The confession came after the grandfather of the baby boy found his corpse on Monday at their family home in Si Satchanalai district in Sukhothai province.

The baby's grandmother reportedly said that Ms Isaraporn had taken good care of her son and never exhibited emotional problems. 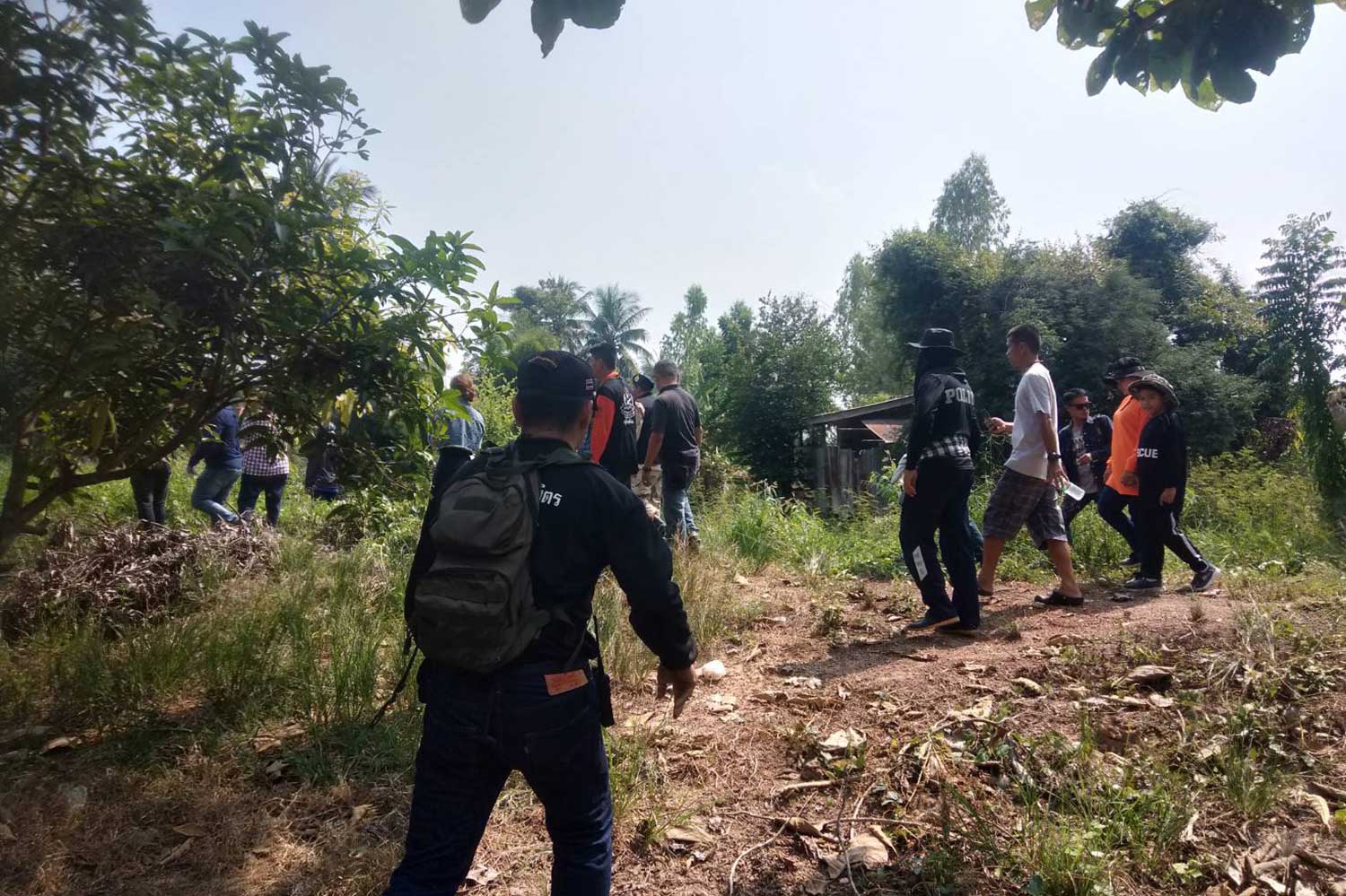 Police and local residents search for a 18-day-old baby boy on Saturday after his mother claimed he was kidnapped. (Photo by Phubes Faithes)